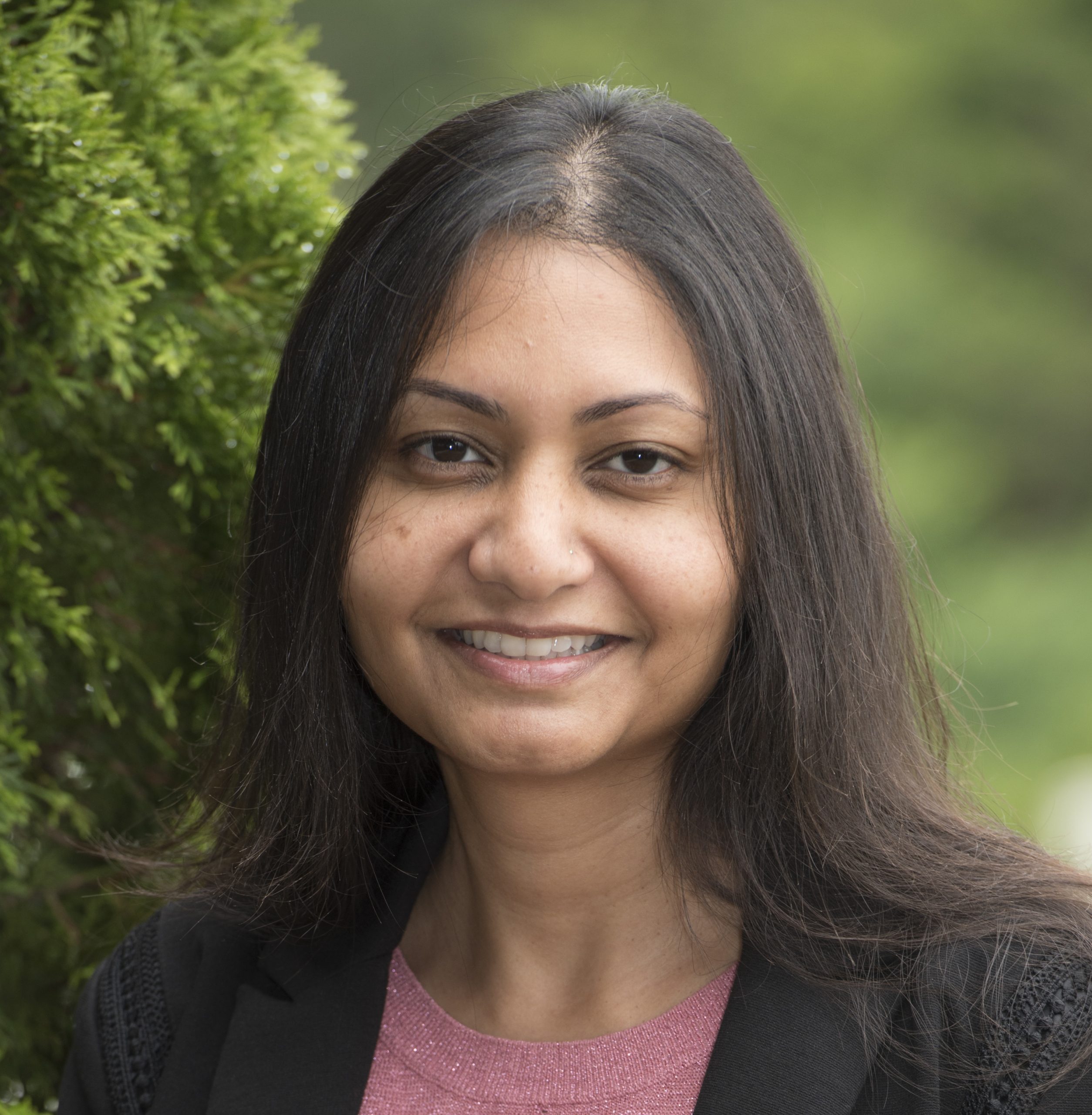 Six students from the MSc Translational Neuroscience course interviewed Professor Lucina Uddin, co-director of the Center for Cognitive Neuroscience Analysis Core at the Semel Institute for Neuroscience and Behavior, UCLA. She was awarded the 2017 Young Investigator Award and the 2021 Diversity & Inclusivity Champion Award from the Organization for Human Brain Mapping.

Growing up, what influences did you have that led you towards neuroscience?

My parents immigrated to the United States when I was an infant so that my father could pursue a PhD in comparative literature. My mother likes to tell this story. When I was a toddler, I would watch my father pick up his briefcase every morning on his way to campus. One day I grabbed his briefcase as he was preparing to leave and told him: “You don’t do PhD, I do PhD”. So, I guess I had some early experiences at home that pushed me towards higher education. I can’t say that any one experience led me to neuroscience specifically. I do remember trying to select an undergraduate major at UCLA (which offers over 100) and thinking at the time that neuroscience sounded the most interesting.

How did your area of interest change during your journey?

I’ve always been interested in studying the human brain. My interests have evolved as newer methodological and theoretical approaches have emerged. When I was a graduate student, there wasn’t very much interest in understanding the significance of spontaneous brain activity, for example. The more I got into the field of resting-state fMRI and human connectomics in my postdoctoral research and beyond, the more I became fascinated with trying to solve the mystery of why the brain expends so much energy maintaining spontaneous coherent fluctuations across large-scale functional networks in the absence of external stimuli.

Have you had a mentor, role model or key inspiration during your years as a student?

I didn’t know what I was doing when I started graduate school in 2001 in the Psychology Department at UCLA. I started my PhD straight after finishing an undergraduate degree in neuroscience, minoring in philosophy. The truth is I didn’t want to go to medical school like all my friends were doing, so I applied to several graduate programs in neuroscience, and didn’t get into any of them. I did manage to get an interview in the neuroscience program at the same institution where I had just completed my undergraduate degree. During the interview, I met Eran Zaidel, who would be my most inspiring mentor in neuroscience. He eventually convinced the Psychology Department at UCLA to admit me, even though they had already completed their graduate recruitment process for the year. I like to think it’s because of a great conversation we had, where he asked me if I thought I could win the Nobel prize. I figured it was a trick question, and so I said “I don’t see why not”.

What is one of the most impactful books that has influenced your life?

Too many to list! I really appreciate sci-fi, in particular short stories by Ted Chiang. Most of my favorite authors are fiction writers.

How has your study of philosophy influenced your work in neuroscience?

Every scientific discipline can be traced back to philosophy. I began graduate school naively thinking that I would study the hard problem of consciousness. I was intrigued by commissurotomy or “split-brain” patients, who have had their corpus callosum surgically severed to treat intractable epilepsy. Roger Sperry (Eran Zaidel’s advisor, who did win a Nobel prize) thought these individuals housed two separate consciousnesses in their disconnected cerebral hemispheres. I spent my five years in graduate school conducting a series of behavioral and neuroimaging experiments on the neural basis of self-face recognition, the closest I could get to operationalizing consciousness at the time. Years later, in 2018, I was fortunate enough to be selected as a Global Scholar in the Canadian Institute for Advanced Research: Brain, Mind & Consciousness Program. This group meets regularly to discuss the future of consciousness research. It’s amazing to see how much progress has been made in the past 20 years in this area that used to be considered “fringe”.

In your research, you also focused on understanding autism spectrum disorder in children; what challenges arise from studying brain activity in children?

Studying brain activity in children, particularly those with neurodevelopmental disorders, is difficult because of the requirement to remain still in the MRI scanner. A great deal of progress has been made using resting-state fMRI because it allows you to explore so many questions regarding brain network organization using a relatively short scan that does not require complex task performance.

If you could choose to modify one scientific policy, what would you change?

I would change everything about faculty hiring and the academic job market, which would require a complete overhaul of current practices.

What is your preferred type of public engagement activity?

I really enjoy writing and wish I could more consistently write blog posts.

What is your opinion of the use of social media in science communication?

I think social media has the potential to be a great equalizer in terms of who gets to disseminate scientific information to the public. I’m very impressed by the number of early-career researchers who have thousands of Twitter followers and create carefully curated, insightful posts that often serve to educate the public and other scientists about recent neuroscience discoveries.

What key question are you most excited to research in the future?

In the basic neuroscience realm, it is understanding the basic organizational principles governing large-scale brain network topography (https://www.biorxiv.org/content/10.1101/2021.06.20.448984v3). In the clinical neuroscience realm, exploring the impact of bilingualism on cognitive development in autism (https://direct.mit.edu/nol/article/2/4/513/107504/Bilingualism-Executive-Function-and-the-Brain).

In the broader field of cognitive neuroscience, what do you think will become one of the most exciting aspects in the next few years?

Population neuroscience is now becoming possible, with several ongoing large-scale data collection initiatives in the United States and globally. I think neuroscience discoveries from these well-powered studies will pave the way for personalized medicine in psychiatry some years down the line.

What advice would you give to upcoming scientists like us?

The truth about advice is that it is only really helpful if your own personal circumstances align very closely with those of the person giving advice, which is rarely the case. That being said, my general advice these days is to go easy on yourself. If you don’t have a concrete 5-, 10-, or 20-year career plan, don’t sweat it. Between the pandemic, climate change, and geopolitical unrest, it’s hard to predict what new obstacles the next several years will bring. Accept that there will likely be some delays to accomplishing your life goals. Sometimes unexpected insights and ideas come from forced idleness.