Ines has completed a research project in computational neuroscience, focusing on learning impairments in Parkinson’s disease. Her previous research experience during her BSc included studies on rodent models of ADHD (University of Manchester) and Alzheimer’s disease (Institute for Functional Genomics, Montpellier, France). Her interest in writing about HIV stems from the fact that she was born and grew up in Mozambique, a country where HIV/AIDS continues to be a significant health threat, affecting over 10% of the population and where over 800,000 people live with HIV on ART. 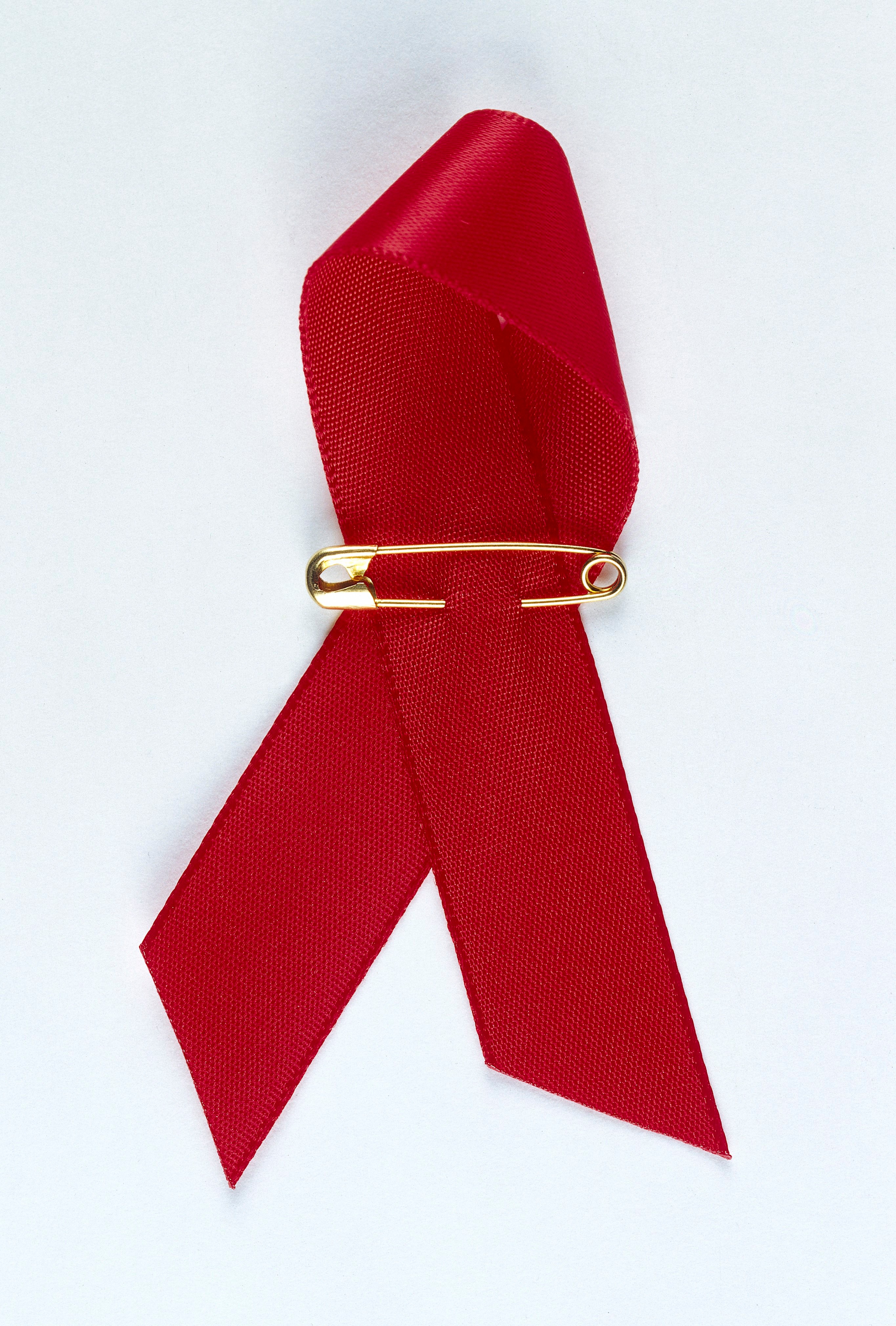 On the 5th of June 1981, the cases of 5 patients infected with what would later come to be known as the human immunodeficiency virus (HIV) were reported for the first time in Los Angeles, USA (CDC, 1981). In the years that followed, the virus rapidly spread across the globe, with a peak of new infections (3.5 million) recorded in 1997 (Roser and Ritchie, 2018). By 2016, there were approximately 36.7 million people living with HIV worldwide (UNAIDS, 2017).

The human immunodeficiency virus is transmitted through contact with bodily fluids. Although sexual transmission is the most common form, HIV can also be passed on through contact with infected blood or by vertical transmission. The latter refers to the case of mothers transmitting the virus to their children during pregnancy, childbirth or breastfeeding (Levy, 1993; Roser and Ritchie, 2018).

HIV belongs to a subgroup of viruses called lentiviruses. The term lentivirus comes from the Latin lentus, which means slow, owing to its long incubation period in the infected organism before any overt manifestation of disease is detectable (Haase,1986). Due to this defining characteristic, HIV infection is initially asymptomatic, but if left untreated, it may have notable negative effects and eventually lead to death (Moir et al., 2011). Although the viral infection in itself is not usually the direct cause of death, HIV suppresses the immune system, making patients particularly vulnerable to certain cancers and other infections, while being unable to naturally fight them. This state of immunosuppression and the spectrum of potentially fatal symptoms that accompany it are collectively termed Acquired Immune Deficiency Syndrome (AIDS) (Levy, 1993; Weiss, 1993; Naif, 2013). Over 70% of HIV infection cases have been reported in sub-Saharan Africa, where, to date, AIDS ranks as one of the major causes of death among adults (Roser and Ritchie, 2018).

Where the virus meets the brain

There is currently no vaccine or cure for HIV infection. Nonetheless, the last 37 years have seen major advances in the understanding of its pathophysiology as well as the wide range of clinical manifestations it may have. Among them, several neurological complications have been identified (Saloner and Cysique, 2017, Grant et al., 1987). These complications can be broadly categorised into two classes: primary and secondary. Primary complications arise as a direct effect of HIV replication in central nervous system cells; the most notable example being HIV-associated neurocognitive disorder (HAND). Secondary complications, however, result from the previously mentioned opportunistic infections that occur when patients are immunosuppressed (Kolson, 2017).

Evidence suggests that HIV enters the central nervous system within the first few weeks post-infection, an early stage in the course of the disease (Abidin et al., 2018). As the virus replicates, it may trigger a cascade of events at the molecular level that lead to chronic inflammation in the brain (Kolson, 2017). Consequently, the central nervous system may undergo primary damage that is only detected much later, when patients present with neuropsychological symptoms (Ellis et al., 2007, Abidin et al., 2018).

One of the most severe forms of cognitive impairment observed among patients is HIV-associated dementia (HAD) (Saylor et al., 2016, Grant et al., 1987, Ellis et al., 1997). In the early years of the AIDS epidemic, this was a common feature of a patient’s clinical presentation and was often fatal. This would go on to be so until the development of antiretroviral drugs in the mid 1990s (Saylor et al., 2016).

The impact of ART

Since the introduction of antiretroviral therapy (ART), there has been a major shift in  prognoses for patients living with HIV as well as in the manifestation of the virus in the brain. Briefly, antiretroviral drugs are a group of pharmacological agents that target different parts of the HIV life cycle. ART is not capable of eradicating the virus, but it is able to inhibit its replication, thus, reducing or entirely preventing immunosuppression (Ellis et al., 2007). In the present day, an HIV-positive diagnosis in areas where ART is readily available no longer necessarily translates to an imminent death or even to the development of AIDS (McArthur et al., 2003). Instead, HIV infection can become a chronic condition that allows patients to have close to normal life expectancies, especially when treatment is started early (Wandeler et al., 2016, Saylor et al., 2016). With regard to the brain, in patient populations undergoing ART, the incidence of severe neurocognitive problems such as HAD and that of secondary neurological complications has been shown to decrease drastically (Saylor et al., 2016).

Nevertheless, there are limitations to the therapeutic effect of ART. A neurologically relevant example of this is the finding that the blood brain barrier (BBB) restricts the entry of certain antiretroviral drugs into the central nervous system (Langford et al., 2006). The blood brain barrier separates neurons from circulating blood. Its permeability is highly selective, allowing for tight control of the material that is exchanged across it (Zlokovic, 2008). However, it has been hypothesized that by hindering the penetrance of certain antiretroviral drugs, the BBB allows the activity of HIV to partially persist in the brain (Ellis et al., 2007). In accordance with this hypothesis, over 50% of the HIV-positive population is estimated to be susceptible to HIV-associated neurocognitive disorders; though these are often milder forms of HAND than those observed pre-ART (Abidin et al., 2018, Chakradhar, 2018). However, it can also be hypothesised that independent of ART penetrance, such cognitive problems may be long-term sequelae of primary insults (Ellis et al., 2007).

Furthermore, the consequences of long-term administration of ART are currently not fully understood and it has been suggested that it could also play a role in neuronal damage (Kolson, 2017). Nevertheless, whatever the exact causes may be, mild forms of HAND are undeniably common among patients and can be detrimental to their quality of life (Saylor et al., 2016; Abidin et al., 2018). With the expanding availability of ART, the importance of addressing such issues has gained increased recognition given that  HIV positivity has become a long-term status for many of those affected (Wing, 2016; Chakradhar, 2018).

The aftermath of survival: from development to ageing

The fact that ART allows HIV-positive individuals to live much longer than they could in the beginning of the AIDS epidemic has set several new neuroscience research challenges as there are still many gaps in the understanding of the long-term effects of HIV infection (Wing, 2016).

On one end of the age spectrum, there are increasing survival rates among children and adolescents who initiated ART soon after vertical transmission, creating a window of opportunity to investigate the role of HIV infection in the developing brain (Li et al., 2018, de Martino et al., 2000). Further, this group constitutes a new population of individuals, many of whom are now adults, who have been on ART for their entire lives.

On the other end, with the continuous (though decreasing) occurrence of new HIV infections and a reduction in deaths due to AIDS (UNAIDS, 2017), there is a growing HIV-positive population that is ageing (Wing, 2016). In fact, a study based on people living with HIV in the Netherlands projected that by 2030, almost 75% of this population would be composed of people aged 50 or older (Smit et al., 2015). This raises interest in the interaction between HIV infection and ageing-associated neurocognitive processes.

In 2016, Turner and colleagues reported the first case of an individual with both HIV and Alzheimer’s disease, the most common cause of dementia (Turner et al, 2016). As more and more of these cases appear, it is important to find the means to distinguish between Alzheimer’s and HAND symptoms as well as to identify any links that may exist between them (Chakradhar, 2018). In recent years, it has often been debated whether HIV infection might accelerate ageing (Chakradhar, 2018, Deeks et al., 2013). Given, that age is the strongest risk factor for Alzheimer’s disease, this could be a potential link to HIV. Furthermore, a study in neurons derived from mice found that ART may contribute to the deposition of the protein, amyloid beta, a hallmark of Alzheimer’s disease pathology (Giunta et al., 2011). Taken together, these ideas build a case for the possibility of interactions between age, HIV and ART.

Future prospects: where to look for clues?

One of the main aims for the future of neuro-HIV research is to find differences, be they anatomical, functional or molecular, between healthy and HIV-positive individuals that might help detect and/or predict the occurrence of neurological problems at early stages (Clifford, 2017). Such characteristic traits of pathological processes are known as biomarkers. The use of tools to visualise the brain in vivo (neuroimaging) has been an increasingly popular approach to solving this problem. For example, a few recent studies have applied neuroimaging techniques to the investigation of anatomical and functional changes in the brains of young people infected with HIV (Ackermann et al., 2016, Randall et al., 2017, Toich et al., 2017). Others have looked into characteristics that may distinguish the effects of the virus from processes associated to ageing or non-HIV-related neurodegeneration (Zhang et al., 2016, Cole et al., 2017). Further, a study by Wiesman et al,. (2018) specifically investigated potential imaging-based biomarkers of HAND. These studies have highlighted specific alterations in grey matter volume, white matter integrity and network connectivity. In time, such findings may begin to shape an HIV-specific neurocognitive profile. Ideally, this will improve prognosis for patients and help define new therapeutic approaches that might improve the quality of life of those living with HIV.

Kolson D (2017) Neurologic Complications in Persons with HIV Infection in the Era of Antiretroviral Therapy. Topics in Antiviral Medicine 25(3): 97-101.

Wandeler G, Johnson LF and Egger M(2016) Trends in life expectancy of HIV-positive adults on ART across the globe: comparisons with general population. Current Opinion in HIV and AIDS 11(5):492-500.