This year’s UKSG one day conference focused on how researchers are being supported in the changing scholarly communications landscape. The day brought together academics, librarians, publishers and funders to discuss how we can work together to achieve open access requirements as painlessly as possible. What follows is a summary of the event, and the whole day was filmed so you can catch up on the talks at the UKSG website. 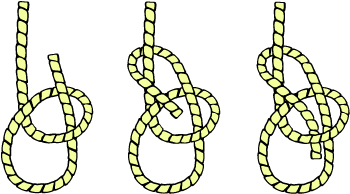 The day began with Ben Johnson from HEFCE who told the story of how open access came to the attention of the UK government when David Willetts was unable to access the journal articles required to write his book. From Willetts to the Finch Report to the new REF policy, universities are now being pushed into action to ensure publications are made open access and impact of research is demonstrated. HEFCE and other UK funders are making it clear that if research is to have an impact on policy people within government need access to it.

Simon Hubbard from the University of Manchester spoke next about the complicated process of making a paper open access, reporting on research to your funder and storing your research data in the appropriate place. Even for a researcher who has an active interest in open access publishing, the burden of bureaucracy can be off-putting, especially when it feels like he’s entering the same information over and over again into different systems. Finally, Simon had a few recommendations to improve the open access workflow: remove academics from the process as they only slow things down; better and more unified systems; and a simpler message from funders and publishers.

A final highlight of the morning came from Ian Carter at the University of Sussex, who spoke from the perspective of university management and strategic planning. Ian started by summarising the pressures that researchers find themselves under, from conducting “world-class” research, to providing value for money to students paying much higher fees than ever before, to compliance with varying funder policies. To achieve all of this there must be behavioural change from researchers, for example making their work more accessible through open access, and additional support from institutions to ensure these goals align with their overall strategy. Dissemination, communication and impact were identified as some of the most important aims for both researchers and institutions.

The second half of the day saw the librarian’s perspective from Martin Wolf at the University of Liverpool; he believes librarians have a better understanding of the overall picture and how different stakeholders interact. Librarians often find themselves interpreting both funders’ policies and publishers’ open access options to researchers. However, in addition to this advocacy work, librarians seem to be getting increasingly stuck on the detail and are too risk averse when it comes to promoting open access, for example, over the minutiae of a publisher’s copyright policy. Comments from publishers after this session implied that early career researchers are asking very basic questions about open access, so there is still a lot of work to be done.

The last few sessions were lightning talks from providers of altmetrics tools; Digital Science, Kudos and Plum Analytics. These are just three of the many new products designed to capitalise on the impact agenda, and aim to help researchers increase and measure the impact of their publications.

Overall, the day was very useful and demonstrated the various perspectives on research and publication, including changing expectations from all stakeholders involved in the process. It’s clear that while the post-REF2014 policy has been a disruptive force, change was already beginning in the areas of open access, alternative metrics and demonstrating the impact of research.

You can find a summary of Tweets from the day here; collected by Ann Brew, our Maths and Physics librarian.