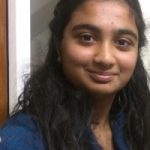 The lab in the box was an incredibly exciting aspect of the first few weeks of term. The doorbell rang, I collected the parcel and immediately opened the box to explore the contents inside. The most discussed object on the year group chat (after the vernier callipers of course) was the mini microscope. We shared images of objects under the microscope and guessed what the objects examined were, which ranged from oranges, leaves, paper, and even phone screens.

Remote learning has resulted in spending most of our time in front of laptop/computer screens, but the lab in a box has provided us with a change of scenario on many Friday afternoons. The first time I used something from the box was in the Design Study drawing lesson where our task was to sketch a couple of 3D printed parts. Little did we know that the same parts would help us measure density with Arduino in the near future! Arduino sessions began with a short lecture describing the task for the day and for the next three or four hours, I would work through PDF instructions alongside my design study company and the much-appreciated help from our GTA, Harry. We guided each other, laughed at our mistakes, and were confused together and I think the challenges really brought our company together as a team.

Once we gained enough experience with Arduino, we did some lab work in company sub-groups of four. Labs consisted of the various subgroups measuring electrical and thermal conductivity and density using the Arduino setups we had learned. We also did hardness testing for different samples – where we used our mini microscopes! I enjoyed learning the Arduino together as it was fulfilling when we solved the problems with the setup and managed to get it working to receive some real values.

My favourite set up was the very first time we managed to display temperature readings on the little LCD screen. It was exciting when realistic temperatures for room temperature would appear or when they would change if we put different objects near the sensor, such as ice. It will be interesting to use this set up for the upcoming polymer labs.

I thought that the lab in a box project was a very creative idea. Picking up my lab box allowed me to see my peers for the first time. Even though it was socially distanced and completely COVID safe, it was nice to put a face to the names I had been seeing on Teams. When arriving back in my accommodation, I was very excited to open the box, it was like receiving a surprise delivery.

The box contained several recognisable objects which made me feel relieved at first, however, there were objects that I had never seen before. The Arduino lab was something completely new to me. Hence it was very exciting to see my LED light turn on after completing the lab. There were some struggles with the following Arduino labs due to technical constraints like the wires not being soldered hence not being able to get a connection. The meeting allowed me to see examples of other people’s work that did work. It was nice to be in smaller groups as you can talk more freely.

The GTA was very helpful and helped us through some long labs. He was always prepared to answer our questions when we got stuck. We also had a hardness lab, where they provided us with a spring, materials to test, and a tube. The hardness lab was the lab I enjoyed the most because it was directly related to materials and one of the properties that we had previously learned about. The goal was to indent the material and measure the radius of the indent. We were provided with a microscope that allowed us to measure even the smallest indents on rubber, which tends to go back to its original shape. In addition, due to doing the labs at home, you are able to use the equipment outside of class as well, for example, one of my group mates pointed out that with the microscope you were able to see the pixels on your laptop screen.

In the end, we were given some extra data due to the constraints of doing it at home. However, the given data allowed us to still analyse the data and use the software available for that. I enjoyed the labs at home, especially because I was still able to discuss and compare my results with those of others. I thought it was a creative alternative that allowed us to still do labs and achieve the skills learned by doing these.