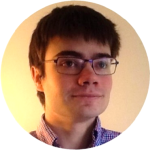 Enrico Manfredi-Haylock is a Research Postgraduate in the Department of Materials. His research focuses on lead-acid battery recycling using novel solvents under the supervision of Professor David Payne.

During his research, Enrico received funding from the Natural Environment Research Council to build a chemical robot as a student project. Over the summer, he led a team of UROP students for 10 weeks, developing a chemical robot for the automated dissolution and dilution of lead materials in solvents.

In this blog post, Enrico explains more about the benefits of this robot and its potential on a larger scale.

1. Can you provide an overview of the main aims of your PhD research project?

While my project has changed due to COVID-19 and from new data gained from experiments, the aim has always been to discover new solvents to dissolve and recover lead materials from batteries.

I aim to find a solvent that is so effective at dissolving and recovering lead materials from batteries that a process built with it can completely replace smelting-based recycling, which is highly polluting and energy-intensive.

The solvents under investigation are called Deep Eutectic Solvents (DES). They are essentially mixtures of organic compounds that combine unique intermolecular interactions that result in a very chemically active liquid that is highly capable of dissolving metal oxides and other compounds. I’ve been actively exploring DES for lead-acid batteries since 2018 when I did a UROP for my 3rd year UG placement in David’s group. I then chose the project as my master’s project the following year, and doing a PhD in it seemed like a natural progression and a good way of answering the question that has always bugged me – how do these solvents work?

2. What led you to develop a chemical robot?

The problem with the solvents I use is that they are very viscous. This, combined with their chemistry, means that the reactions are very slow. This firstly presents a challenge because you have to keep the reaction going for a long time (sometimes days!) to get a time-resolved reaction profile. The second challenge is that in these very slow systems, processing parameters significantly affect the final dissolved lead content (how we measure how “good” a solvent is – the more lead dissolved, the better).

So if you stir it a bit faster, or you’re a little too slow in your dilution when the reaction is finished, you introduce significant error into your final readings of lead concentration in the solvent. The smallest error that I was getting after I’d been doing the experiment for months and had built up the experience and muscle memory was still 30%, which does not help figure out how the solvent works. So instead of using the same method, which clearly didn’t work, I asked myself what else I could try. After thinking about it for some time, automation seemed like the best solution.

3. Can you tell us more about the chemical robot you created?

In its current form, the robot will automatically add lead solids to a vial filled with a deep eutectic solvent and stir it for a set amount of time. After mixing, it will automatically extract the mixture of solvents and residual solids into a syringe and then push it through a filter into a smaller vial. A micropipette will then pick up about 20 thousandths of a millilitre and place it in another vial filled with about 5 millilitres of acid. While this machine is a little slower to do the dilutions (400s) than by hand (~300s), it is much more precise and can keep track of the time taken, allowing for more consistency in the result.

It can also do 5 samples consecutively without stopping, allowing for uninterrupted multi-day mixing experiments with excellent time precision. This machine was originally built remotely in two parts by UROP students Dewen Sun (Materials) and Sarthak Das (Design Engineering) with Irdina Rohaimi shadowing the project. After the 10-week remote build phase, the parts were delivered to campus, where I integrated the systems into the final machine and tested it.

(A video of the chemical robot in action. This video has been sped up x4 for viewers)

4. How will the chemical robot help your research?

The current iteration of the robot is meant to be more of a proof-of-concept and a testbed for future iterations. However, this system will allow me to double my throughput since it can conduct about as many experiments as I can do independently (with cleaning in between). This is important for solvent discovery as we just need to try lots of solvents and combinations.

To some extent, this kind of work is perfect for automation because you only change starting materials, but other than that, the experiments are the same. Therefore, instead of being a machine myself, I can build one and spend the time doing more experiments or interpreting my data, which will take a load off my shoulders. In future, an upscaled version of this system will work much faster than me and will generate so much data that I won’t need to go into the lab at all except for maintenance and machine refills. I think this is a dream shared by many chemists, some of whom are also trying to automate their lab processes!

5. What are the next steps for your project?

I have just applied for £80,000 to the Royce materials 4.0 feasibility & pilot scheme to build an upscaled version of the machine with David’s support.

The upscaled version will handle around 500 samples compared to the 5 of the current machine and will be able to run some processes in parallel. This machine should average 71 samples a day. For context, I can only do 15.

The core concept is the same – instead of starting from scratch, I intend to use a 3D printer as a starting point because it already has all of the XYZ handlings we need and a structured command language to execute these movements. However, instead of using a couple of cheap desktop printers with 12x12cm of accessible space, I will be using an industrial 3D printer with 180x60cm of accessible space.The 500-position syringe filtering system also needs to use a co-located robotic arm to access and actuate each position.

It’s a very ambitious scale-up but based on the concepts tested with the first prototype, I’m confident that it will work, and it may well end up being one of the largest automated chemistry robots out there!