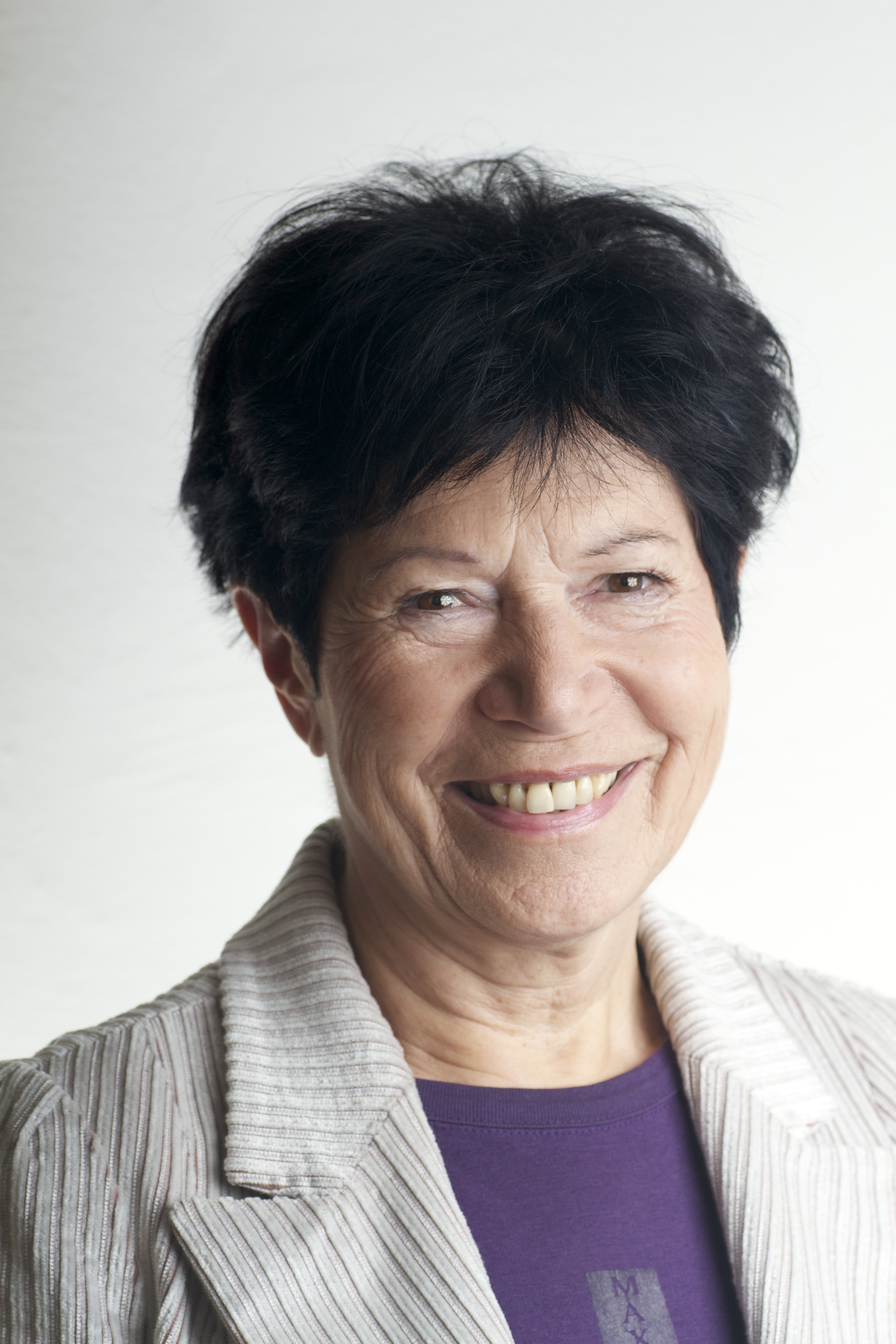 Professor Helga Nowotny is Former President of the ERC, the European Research Council and one of its Founding Members. She is Professor emerita of Science and Technology Studies, ETH Zurich and Nanyang Technological University Visiting Professor (source: http://helga-nowotny.eu/).

The key aims of this new blog are to enhance the curriculum and innovate pedagogy, highlight the contribution of women in academia within and outside the College, and engage and inspire the society. The founder and editor of the blog is Dr Stefano Sandrone, Teaching Fellow within the Faculty of Medicine, and the contributors are Imperial’s MSc Translational Neuroscience students.

Kausar Raheel) You hold different positions throughout your career. What is the most rewarding aspect of your job? What drives you?

Being able to follow what I like to do: to be curious about the world, people, ideas…and passionate in exploring how we might improve the human condition.

Kausar Raheel) How did you come to be passionate about what you do?

How does one become what one is? A mixture of luck with what nature, parents and our early social environment has endowed us with and what we were able to make of it. I feel very humble about what I have been able to achieve and privileged in being able to do what I strongly care about.

Kausar Raheel) What do you wish to see more from female scientists?

More self-confidence and persistence. Don’t let anyone discourage you – women can make it!

Kausar Raheel and Esther Awodipe) What are your aspirations and advices for young female scientists?

My answer is very simple and always the same: chose your partner well! Why? To embark on a scientific career and, even more important, to sustain it, you will need the full support of your partner. As probably neither you nor your partner has already experience in juggling the precarious life-work (im)balance that awaits you in science, you might want to involve a mentor to discuss with both of you what this entails for you. Don’t fall into illusions – life is sufficiently hard, but life in science is also immensely rewarding.

Esther Awodipe) Have you experienced any challenges working in STEM as a woman? If so, how did you overcome these challenges?

My first challenge came when I applied for my first job with a professor who knew my work well. He frankly declared that he prefers a man for the position – in those days this could still be stated openly! I asked him why and he had rational arguments: sooner or later I would get married, have kids and his investment into my training would be lost as I might leave the job or be less committed. In the end, we agreed: if he finds a man whose overall qualifications are better than mine, the job should go to him. Well, I got the job! But this is not the end of the story. After two years I got married and left with my husband to New York where I started a new career. The cunning of reason was on my side after all.

Esther Awodipe) Who is your biggest inspiration and why?

Although there are many people who do great things, I had to find my own way.

Esther Awodipe) How do you motivate yourself and stay motivated?

Motivation was never a problem for me. As I said before, I feel privileged that I can do what I like to do. But I had also had to work hard to get there.

Esther Awodipe) How do you manage your work-life balance?

Taking a break when it feels necessary, getting enough sleep, keeping fit, laughing…

Ines Das Neves) Based on your experience in several areas, but particularly through your work in the European Research Council, what, to you, are the major problems with the way peer review processes are currently conducted or set up to work? Do you think there is room for much change within the frameworks for research funding and policy that are presently in place?

We worked hard at the European Research Council to set up a peer review culture unlike any other. Not that we changed the procedure, but we made huge efforts to find the best scientific minds to serve in our evaluation panels, people who were broad in their scientific knowledge and open-minded, having good judgement and looking for scientific excellence only. But nobody is exempt from unconscious bias. We carefully monitored what we observed, giving feed-back to panel members and showing them examples of where unconscious bias might have occurred.

The general problem is that the peer-review system is under immense pressure. It is bursting at the seams. Funding agencies then resort to formal mechanisms, i.e. indicators of various kinds and quantitative measures. While this alleviates stress to the system, it that can never fully replace a carefully calibrated peer-review system with good human judgment.

The solution is to differentiate much better: which funding streams can rely on light reviewing, perhaps with very simple indicators? Which funding streams need a (perhaps quantitative) preselection, followed by careful interviews with the pre-selected candidates? When should reviewers read the publications of the candidates and when is it sufficient to look only at the publication list? Various other solutions are being discussed right now, but the most important is not to rely on ‚One size fits all’.

Ines Das Neves) Why do you believe that embracing uncertainty is important to scientific research and the way its findings are presented to the general public?

As I wrote in „The Cunning of Uncertainty“ science and scientists thrive on the cusp of uncertainty. In basic or fundamental research one does not know what one will find, yet it is precisely this uncertainty that is attractive, pushing scientists into the yet unknown. Speaking to the public, one has to have the courage to admit that absolute certainty does not exist and that we all have to learn to live with probabilities. We have to communicate better that scientific knowledge is always preliminary in the sense that it will be replaced by more and better knowledge. We also have to say loud and clearly that scientific findings hold under certain conditions that can be spelled out. There is no simple and unconditional ‚yes’ or ‚no’ to many of the questions that preoccupy the public. But we can and should explain better how science works and how scientific findings are arrived at. It can be done!

Ines Das Neves) You have recently written the book, An Orderly Mess. What drove you to write about this particular subject?

This little book consists of two essays. ‚Revisisting Eigenzeit’ is based on an Inaugural lecture I was invited to give for a big research project at the Haus der Kulturen in Berlin. It is an analysis of what has changed in our experience of time since I first published my book on Time (the German title was ‚Eigenzeit’) some thirty years ago. The Central European University Press (yes, from the embattled Central European University in Budapest that is under threat of being closed) wanted to translate and publish it. They asked me to write a second essay and I thought that the topic of ‚messiness’ cuts across societal concerns and can be found in science as well. In a sense, it follows the cross-cutting  theme of uncertainty. Messiness alerts us to the dynamics of order and disorder and our involvement in generating both, but also how to deal with it.

Carolina Beppi) The educational system can be considered a ‘positive constraint’ to our creativity, providing us with the scientific knowledge and tools that spur our creative ideas. One the other hand, the educational system represents a ‘negative constraint’, limiting our research to a corrupted ‘school of thinking’, where the scientific discovery and advancement is limited by the demand and interests of the capitalist economy and market. What ‘revolutionary action’ should we enact, in your opinion, as socially aware scientists?

I don’t think that ‚revolutionary action’ is anywhere on the horizon these days. We speak about ‚responsible research and innovation’, of more sharing, better cooperation and open science. The point is that greater awareness is needed about the many complex interrelationships between science and society in a global and globalising world. To become more aware of our interdependencies, but also of our ability to act. We are neither the pawns of history, nor its masters. But we often do have greater freedom to act than we may think. I would like to see more young scientists to become what I call ‚competent rebels’.

Carolina Beppi) Currently successful industries are now applying machine learning classification and prediction techniques on consumer data to guide their market strategies and maximise their outcomes. Only those industries that are successfully integrating these softwares will survive in the economy. At that point, economical power will only become a matter of ‘who owns the biggest data’. To what extent do you agree with this statement?

This is too deterministic for me. All big technological paradigm changes have produced monopolies. They have to be broken up and regulated by the state. This is the point where we are now with Google, Amazon, Facebook and the like. I admit that it is more complicated now as the state has partly been overtaken by markets and we have to factor in the global world. But I am convinced that regulation of the ‚big data’ world will happen.

Carolina Beppi) Algorithms that extent predictions at aggregate level, the increasing accumulation of big data, but also developments in risk management, cannot protect against ‘the unpredictable’ – and the 2008 financial crisis is an exemplification. Do you believe the development and integration of AI intelligence will soon lead to another worldwide economical and social risks in the context of both employment and security?

The risks are there, undoubtedly.

Carolina Beppi) Rita Levi-Montalcini was one of the greatest scientific minds of the 20th century. She believed ‘Women have always had to fight doubly. They always had to carry two weights, the private and the social. Women are the vertebral column of society’. What is your idea in this regards?

Rita Levi-Montalcini was right, but we have to challenge men more and better to share the burden. With humanity stumbling into an uncertain and artificial future in which humans and non-human artefacts will mix and mingle in unforeseen ways, new forms of living together will evolve. Perhaps much of the aggressive misogynic behaviour that we see today is the last rear-guard fight of a patriarchy that will no longer have a place in the future. Let us remember: whatever life forms will evolve depends also on us. My hope is that they will be more inclusive and based on mutual respect.