On Monday 28th September representatives of over 50 UK universities, ORCID, Jisc, GuildHE, RCUK and CRIS vendors met at Imperial College London for the first UK ORCID members meeting, and to launch the Jisc ORCID consortium. ORCID provides a persistent identifier that links researchers to their professional activities and outputs – throughout their career, even if they change name or employer. The unique iD ensures that authors receive credit for their work and allows institutions to automate information exchange with other organisations such as funders, thereby increasing data quality, saving academics time and institutions money.

In 2014, Imperial College London was one of the first universities in the UK to make ORCID available to researchers, working with the Jisc-ARMA-ORCID pilot. We have since actively engaged with ORCID and the community to increase uptake and improve systems integration.The UK ORCID meeting was designed to bring together different strands of these discussions, andto facilitate a broad discussion about the next steps for ORCID in the UK. Following the pilot programme, Jisc has negotiated an ORCID consortium through which universities can benefit from premium ORCID membership at significantly reduced cost. The meeting was the official launch event for the consortium. 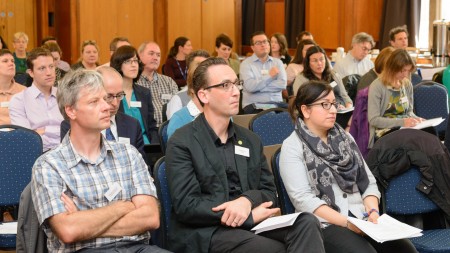 Over the last two years ORCID, a relatively new initiative, has gained a lot of momentum, not just in the UK:

In 2011, Jisc had set up a “researcher identifier” task and finish group, that included funders, libraries, IT directors, research managers and organisations like HESA. This group eventually recommended ORCID as a solution for the UK. Since then, ORCID has seen increasing support from research organisations and funders. Recently, both the Wellcome Trust and NIHR have mandated the use of ORCID for grant applications. RCUK’s Overview of Systems Interoperability Project resulted in a strong endorsement for ORCID, as did HEFCE’s Report of the Independent Review of the Role of Metrics in Research Assessment and Management. 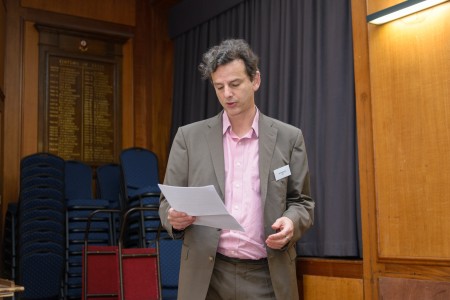 The UK ORCID meeting was not in the first instance about funders and their mandates though, it was about a discussion between the ORCID member organisations, the Jisc consortium and the way we as a community want to move forward. Specifically, the meeting had four aims: 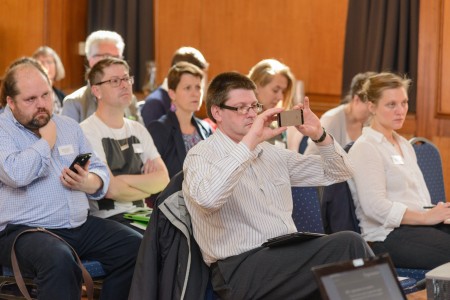 The aim of the morning session was to raise awareness and create a shared understanding of ORCID. It started with presentations from ORCID and Jisc, followed by four university case studies from the pilot programme (Kent, Imperial, Oxford and York) and a Q&A panel. After lunch we discussed community requirements, and ways to work together to achieve these. Four thematic areas were discussed in breakout groups, organised through a community document where participants and others who could not attend in person, had listed their issues and expectations in advance of the meeting. This approach helped focus the discussions and led to a broad agreement on key issues.

Below is my summary of the key community requirements:

This is only a high-level summary of a much richer discussion. Some of the detail that I have conveniently skipped over will no doubt lead to further discussions later, but I found it remarkable how broad the consensus was – across more than 50 universities with very different approaches, requirements and cultures. There is still a lot of work to be done until we can reap all of the benefits that ORCID can enable, but the members meeting showed that universities are keen to work together with Jisc and ORCID to make progress.

Universities across the UK are now actively considering how to roll out ORCID, and there was much interest in lessons learned and emerging best practice. A UK ORCID mailing list is currently being set up and Jisc and ORCID are looking into ways to capture and share information through the new consortium. Jisc are currently hiring for staff to support the consortium and help members to implement ORCID. I am looking forward to follow-on discussions with Jisc, ORCID and the community about the next steps.

Presentations (in order of appearance):