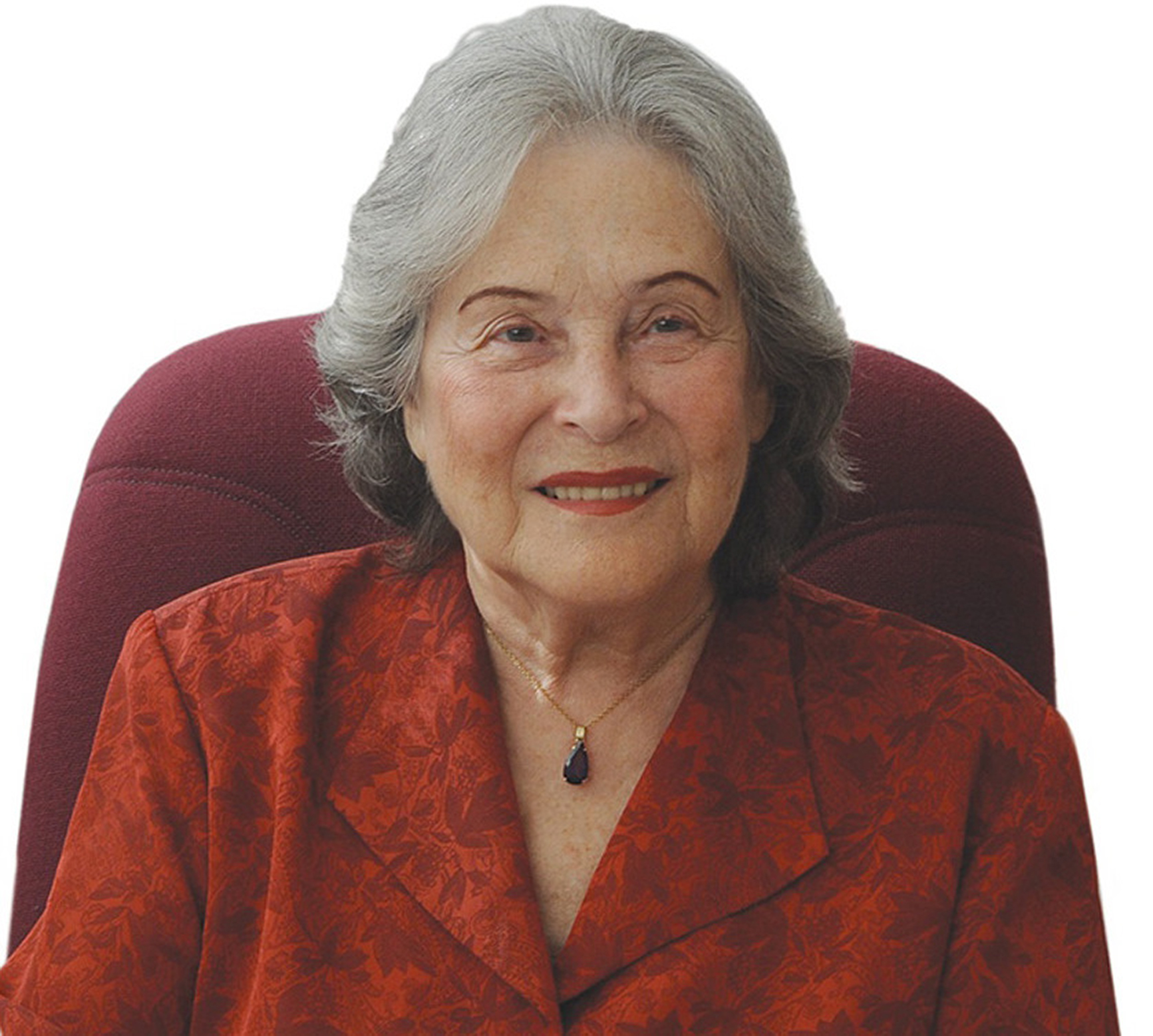 Professor Ruth Arnon is a leading Israeli biochemist and the Paul Ehrlich Professor of Immunology at the Weizmann Institute of Science. She is also the co-chair of the UK-Israel Science Council, a former Secretary-General of the International Union of Immunological Sciences and former President of the European Federation of Immunological Societies. Among her numerous accolades, she won the Robert Koch Prize in Medical Sciences (1979), the Chevalier de l’Ordre de la Légion d’Honneur (1994), the Rothschild Prize in Life Sciences (1998), and she was recognised as the first female President of the Israel Academy of Sciences and Humanities (2010).

Philipp Klocke) Looking back, what would you tell your younger self about the professional choices you made over your career?

I would tell her that she has chosen wisely. Looking back, I have enjoyed the road I have taken. It brought me satisfaction and, until today, I enjoy going to the lab.  It seems I have made the right choice.

Philipp Klocke) What is your approach to promoting scientific research among young people/adolescents?

My approach is to arouse their curiosity so that they will be interested in science.

Phoebe Liddell) How has the research environment changed for women during your career?

Personally, I have never felt any discrimination due to being a woman. However, in general, it’s possible that men were promoted at a faster pace than women. Today, it seems that there is an effort to avoid such discrimination.

Tianze Lin) Could you please comment briefly on Israeli scientific research, such as main strengths, weaknesses, challenges in the future? I am also interested in women’s participation in science (and dedicated strategies to promote that).

In Israel, there is a great effort to promote science and technology. Over 4% of the GDP is devoted to this. Women certainly participate in this effort both in academia and in high-tech and bio-tec companies. Quite a few women play a significant role – as Professors in Universities as CEO’s of companies, etc.

All members) How can we give women more access to high-level positions in research?

Just pay more attention to the progress they make in their research, give them a chance to write scientific papers and present at national and international conferences.

Nicole Kocurova) What do you think was the most groundbreaking scientific finding you contributed to during your research career?

The most groundbreaking scientific finding was producing a synthetic polymer that inhibits the animal model for multiple sclerosis, which led to the development of Copaxone.

Nicole Kocurova) How does the research environment compare in different countries and institutions that you were/are affiliated with?

Nowadays, in Europe, the USA, Canada and Australia, the environment is excellent. I am not familiar with the situation in other countries.

Phoebe Liddell) What do you think could improve international collaboration in science research?

More exchange programmes for students and young scientists at the beginning of their career would be helpful. Also, grants that support collaboration between scientists from different countries will promote teamwork.

Federico Licini) What are the advantages and disadvantages of working in academia compared to working in the pharmaceutical industry?

In academia, you have more freedom to follow your curiosity. In industry, you probably have a higher salary and have a chance to develop practical products, whether medical or industrial.

Federico Licini) How do you effectively balance your time to be part of multiple advisory boards for relevant scientific institutes while also conducting your research?

Ruby Lathey) As a leading scientist who has roles in multiple fields of research and positions in both academia and industry, what are your opinions on communication between various sectors of science and how this can be improved?

I am an enthusiastic supporter of communication. It can be achieved by holding joint conferences and by the industry providing grants and support to scientists in academia and, thus, attract them to be interested in projects that are of mutual interests.

Nicole) Where do you think research is heading in your research field?

I hope that a universal flu vaccine will be developed in the not too far future.

Philipp Klocke) Do you think the BioNTech mRNA vaccine for future MS therapeutics is a potential success story?

I am not sure. It has as yet not been approached.

All members) Having worked on the influenza vaccine, what are your views on the current Covid-19 vaccination situation?

Developing an effective vaccine for COVID-19 in a record time of less than six months is an unbelievable achievement. Hopefully, it will help the world overcome the pandemic.