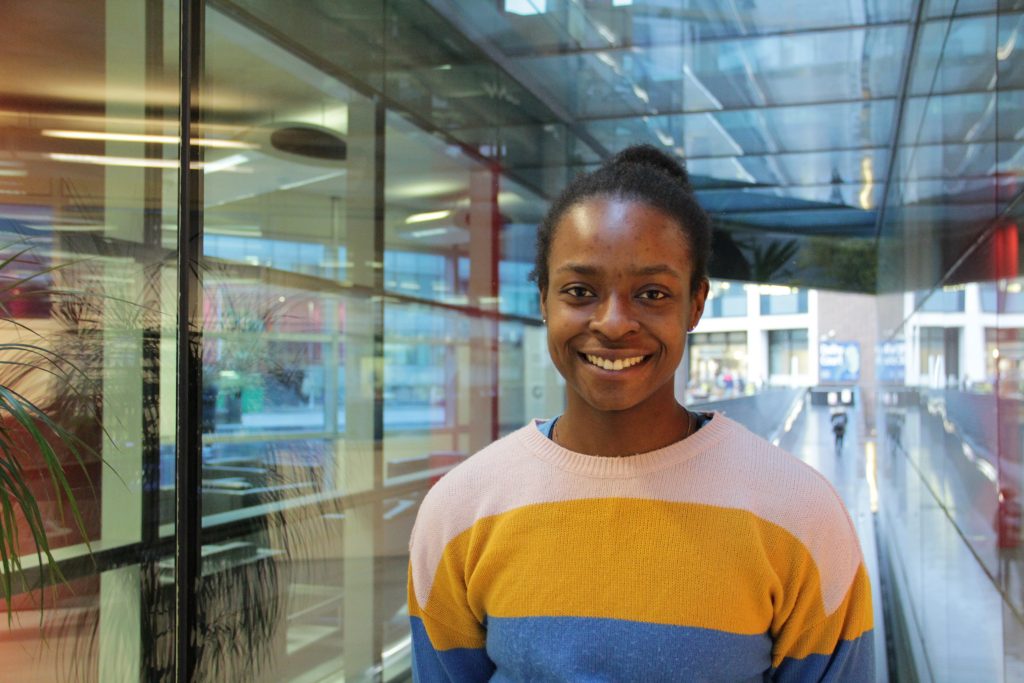 “My research looks at wearable technology and how it can be used to monitor athletes’ movements in sports as both a performance indicator and an injury prevention tool.”

I started my undergraduate degree at Imperial in Materials Science and Engineering in 2012. I then had a short break before coming back to start my PhD, which looks at the use of strain sensors to measure joint kinematics in sport. My research looks at wearable technology, and how it can be used to monitor athletes’ movements in sports as both a performance indicator and an injury prevention tool.

I like studying at Imperial because I’m working in a supportive and diverse research group. It’s been great to have a number of different opportunities as a result of being a student here, like being able to work with the GB Rowing Team when they came to Imperial for biomechanics testing.

Initially, the challenge for me was managing my time and being in control of my development, especially as I’m studying part-time, but I’ve managed to achieve a balance now. Also, because I’m really into cycling, a lot of my free time goes towards training and racing, so I need to make sure I get time off from both! Now, the main challenge is dealing with the frustration that comes when the testing of my sensors doesn’t quite go to plan and slows down my progress.

My main achievements have all really happened in the last couple of years, starting off with winning a bronze medal at the British Universities and Colleges Sport Track Cycling Championships in December 2018. I like to push my limits and see how hard I can train, and I love cycling because it brings out the competitive side of me.

Cycling gives me a break from the pressures that often come with being a PhD student. On the academic side, I published my first paper last year, titled “Exploring the Role of Wearable Technology in Sport Kinematics and Kinetics: A Systematic Review.” I also spoke on a panel at the British Science Festival about cycling and technology over the summer.

My hopes for the future are first and foremost to finish my PhD. It’s given me a great insight into the field of sports technology and engineering, and it’s one I would quite like to stay in, perhaps on the industry side.