“Only 12% of women take up engineering roles in the UK, and the number is smaller for mechanical engineering.”

The workshop is where I belong. As a Mechanical Workshop Technician, I provide mechanical engineering consultancy, design and manufacture services and support teaching for students and staff. I look after the mechanics labs in the department, produce prototypes for research, perform mechanical testing and provide training for students so they can make projects work. It’s very much a student-facing role. The best part of my job is trying to transfer whatever I know to students. It’s rewarding to see them learning through real experience.

When I was working in the US in the private sector, I volunteered with school students in the summers introducing them to STEM subjects, and I offered internships for university students with autism to help them prepare for graduation and finding a job. This volunteering experience made me think I might be interested in working in the education sector.

END_OF_DOCUMENT_TOKEN_TO_BE_REPLACED 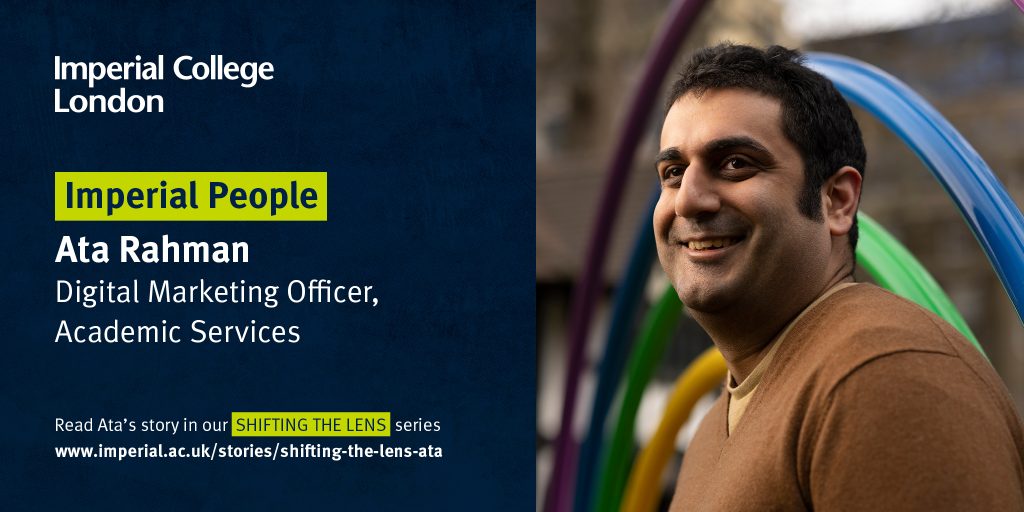 I’m gay and one of the hardest things for me growing up was that I was stuck in a world where both sides of my identity, the Pakistani and the gay sides, don’t tend to like each other. When I came out, I expected backlash from the South Asian community, particularly from the religious Muslim community. What was disappointing and really shocking to me was the amount of racism within the LGBT+ community.

When I first came out and started going out in Soho in London, I was turned away from many places. This happened for about seven or eight years after I came out when I was 18. I was shocked by the number of people who would come up to me and tell me that I didn’t belong there or who would basically assume that I was there to blow up the club. I would say that there is still a significant amount of prejudice towards people of colour within the LGBT+ community – it’s a serious problem. I know that more and more steps are being taken to tackle it, but I think we still have a long way to go.

END_OF_DOCUMENT_TOKEN_TO_BE_REPLACED

“I’ve been empowered to be proud of my sexual identity because of Imperial.”

As well as my Turkish culture, being bisexual is also an important part of my identity. I came out after I moved to London to study at Imperial. I’ve been empowered to be proud of my sexual identity because of Imperial. In Turkey, it was always assumed that I was heterosexual. It was never an option to be anything else. You are an outlier if you’re openly gay in Turkey unless you are in a safe community.