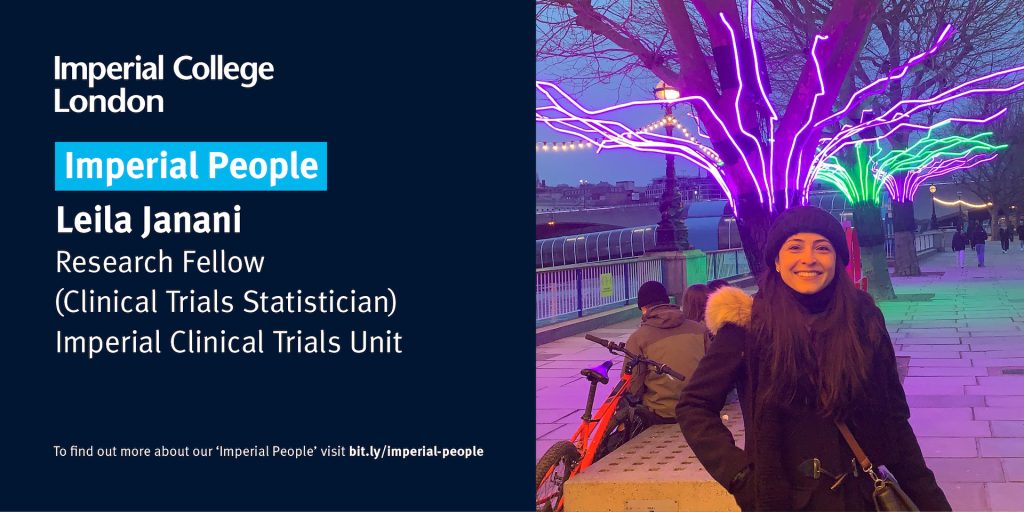 “I am involved in trial design, data management and analysis and preparing reports.”

I work as a Research Fellow (Clinical Trials Statistician) at Imperial Clinical Trials Unit (ICTU). Clinical trials are a fundamental tool for investigating the safety and efficacy of treatments, and I think that during the pandemic, most people realised their important role in health.

However as someone who’s really interested in working on clinical trial studies, I decided to change my career and start my journey to Imperial Clinical Trials Unit. I arrived in the UK at the start of the year during the big lockdown. This made it really difficult to settle in and to focus on my projects. During these challenging times I have really appreciated the help and support of my lovely manager Dr Victoria Cornelius, friends and all ICTU staff.

END_OF_DOCUMENT_TOKEN_TO_BE_REPLACED 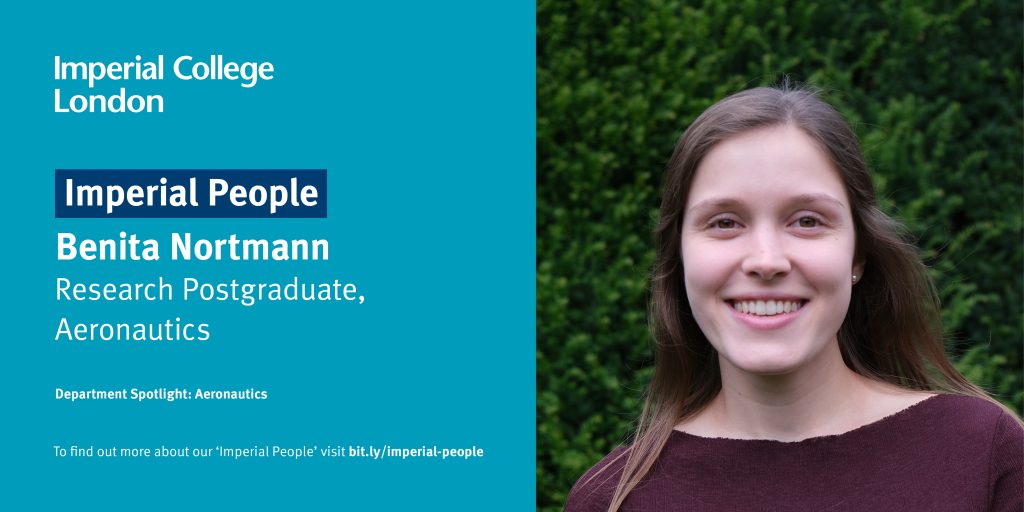 “From smart manufacturing to autonomous flight, I believe that control and automation will play a crucial role in the future of the aerospace industry.”

If science is all about understanding the world around us, engineering is about using this knowledge to build systems that make our environment safer, more efficient, and more enjoyable. Control engineering in particular, focusses on using mathematical models to design input laws, which allow us to modify and shape the behaviour of such systems.

My PhD project at Imperial’s Department of Aeronautics explores the role of information in control engineering and how to overcome the lack of it. Particular focus is given to networked systems, which consist of multiple interconnected parts such as power networks or satellite constellations. The aim is to develop systematic control design methods which guarantee a desired performance based only on limited available information. This challenge is addressed in my research by combining methods from dynamic game theory, which provides tools to model the interaction of strategic decision-makers, and direct data-driven control, in which unknown system information is replaced directly with measured data.

END_OF_DOCUMENT_TOKEN_TO_BE_REPLACED 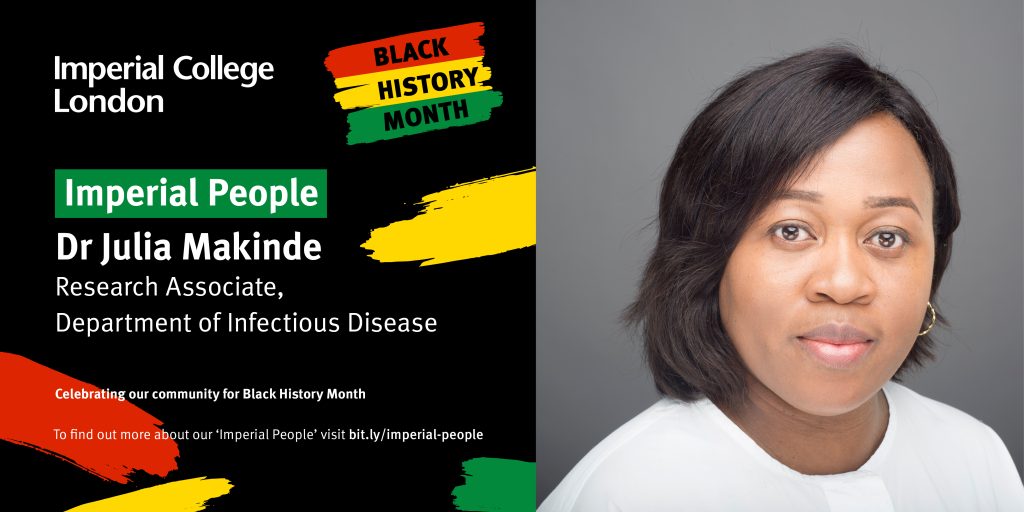 “My work seeks to understand the entire system of interconnected responses that can successfully bring infections like HIV under control.”

A colleague recently described the body’s response to infections as an orchestra in which the musicians within the instrumental ensemble understand their positions well enough to do their bit when summoned by the movement of the baton. Within the context of the immune system, I would go as far as to say that the components of the body’s response to infection must appear when summoned, with the appropriate cadence and melody for the performance to be deemed successful. In this context, it is also safe to state that a single instrument does not constitute an orchestra.

My work at Imperial seeks to understand the entire system of interconnected responses that can successfully bring infections like HIV under control. I am a postdoctoral Research Associate at the International AIDS Vaccine Initiative’s Human Immunology Laboratory which is based at Chelsea and Westminster Hospital. Prior to joining Imperial, I completed my PhD at Cardiff University in Wales.

END_OF_DOCUMENT_TOKEN_TO_BE_REPLACED 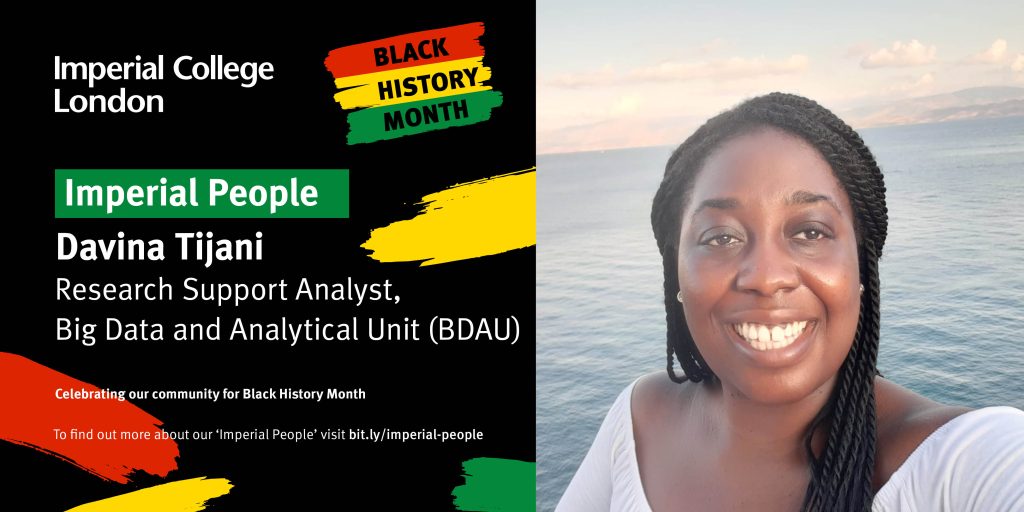 “Being a trusted ally for researchers is vital in my role”

I joined Imperial three years ago, weeks after I finished my Master’s degree in Smart Cities and Urban Analytics at University College London. I work as a research support analyst in the Big Data and Analytical Unit (BDAU) within the Institute of Global Health Innovation (IGHI).

My main role is to support clinical researchers with any enquiries, issues, and questions in relation to their use of the BDAU’s research environment (a secure platform used for clinical research). Other key aspects of my role include data management, managing data documentation and supervising the BDAU Secure Environment operations, including data transfers from our data providers, such as NHS Digital and Public Health England.

Like many people at Imperial and around the world, the impact of COVID-19 on my job was immediate and profound. However, the BDAU team and I were able to meet the challenges of remote working and continue our work of supporting clinical researchers.

END_OF_DOCUMENT_TOKEN_TO_BE_REPLACED 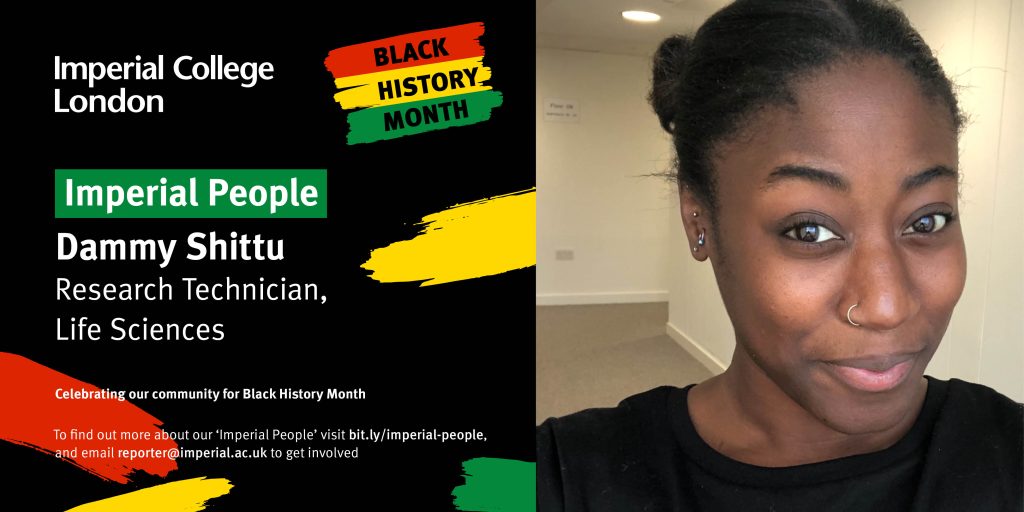 “We get to work alongside independent African research groups and communities rather than taking over and making decisions for them. As a Black Brit, I am proud to be a part of that.”

Since finishing my postgraduate degree in Molecular Medicine I have been using my genetics and bioinformatics skills in my role as research technician. More recently, I have been a minor sounding board for mental health awareness, the technician’s registration programme and disability positivity.

What I like about my workplace is the increasing representation. I enjoy discussing differences and similarities between customs and educating colleagues about Nigerian delicacies and traditions. It was great to work with someone from the same tribe as myself which, sadly, isn’t commonplace in my line of work….yet!

My current role allows me to get creative. I do a lot of genetic cloning within mosquitos amongst other techniques to help reduce their ability to transmit diseases such as malaria. As this is important work, my lab had to minimise but continue day-to-day work during the pandemic. Assisting my lab manager with the running of the lab has been insightful. I believe we are one of the largest at Imperial – around 25 scientists, postdocs and PhD students coming together and collaborating with groups around the world.

END_OF_DOCUMENT_TOKEN_TO_BE_REPLACED 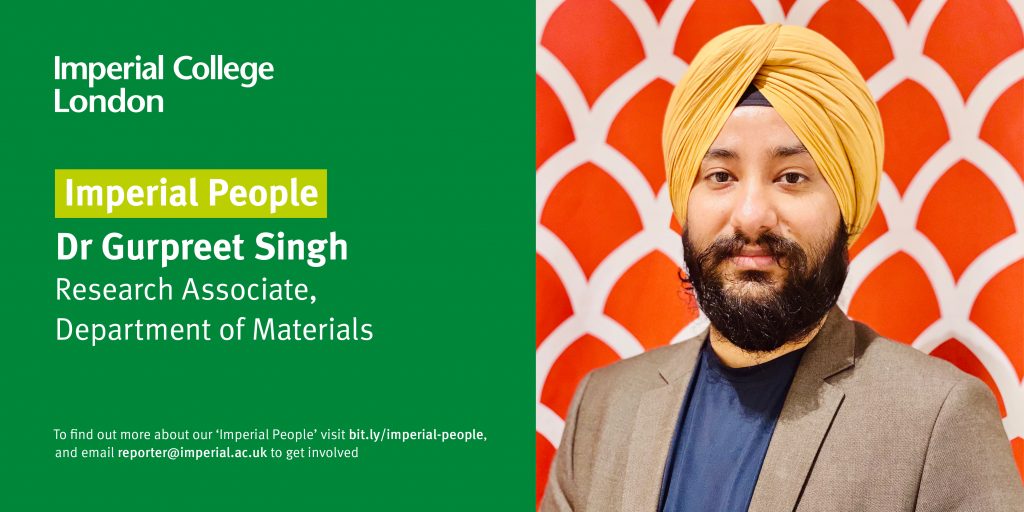 “During lockdown I volunteered for Sikh charities providing supplies and meals to care homes and homeless shelters.”

Joining Imperial was a dream come true for me as I had previously applied for over 50 courses and jobs here. My inspiration was Imperial’s (supposedly) first Sikh scientist, Professor Narinder Singh Kapany, who is known as “the father of fibre optics”. I believe that I might be the second proud Sikh scientist with a PhD in natural sciences to work at the College. I previously worked in industry for a successful startup company that tested ammonia toxicity in blood.

My current project on nuclear waste treatment is part of a national consortium on nuclear decommissioning. I am investigating the capabilities of phosphate-coated magnetic nanoparticles to adsorb radioactive uranium from nuclear waste using tiny magnetic particles. This is an exciting project that is vital to the UK government’s 2030 and 2050 goals to decommission nuclear power plants and tackle climate change.

END_OF_DOCUMENT_TOKEN_TO_BE_REPLACED

“I actually did my PhD at Imperial and then, after gaining some postdoctoral experience, moved into industry to research Alzheimer’s disease. A few years later, I became a senior research scientist with my own group focussing on synapse loss in Alzheimer’s disease. After eight years, I decided to leave industry and move back to academia – a slightly unusual move!

“My current role involves leading the UK Dementia Research Institute’s Multi-‘omics Atlas Project, setting up my own group and being the Equality, Diversity and Inclusion (EDI) Lead for the Department of Brain Sciences. MAP is an initiative to map the cellular pathology in Alzheimer’s disease in post-mortem human brain tissue. My research focus is how synapses (the connections between brain cells) are affected in the human disease and identifying ways of rescuing those that are lost.

END_OF_DOCUMENT_TOKEN_TO_BE_REPLACED 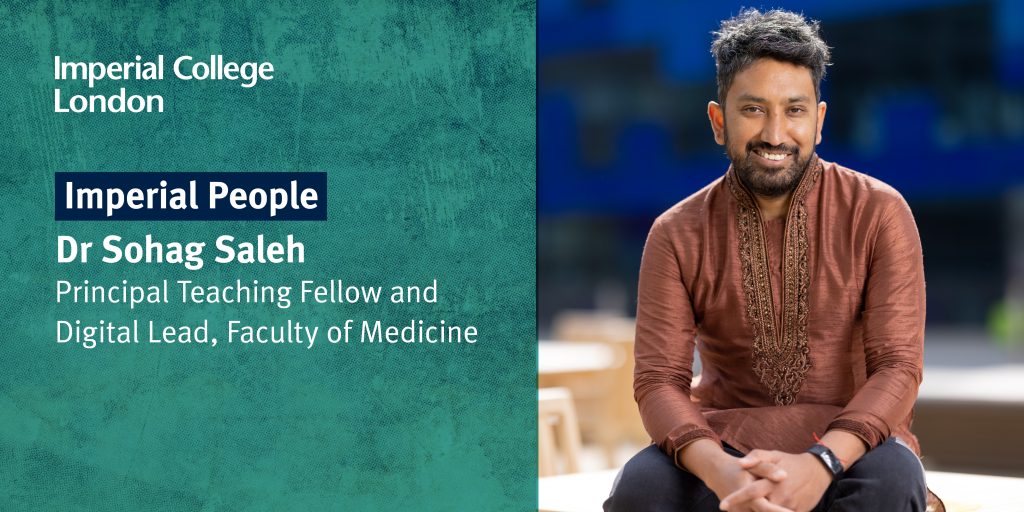 “When I was four or five, I moved from Leeds to Keighley, a small town about twenty miles away. It was a challenging place to be. At the time, the National Front had a strong presence there. I didn’t encounter it a lot, but the fear was always there, and there were places around town to avoid.

“My family is Muslim, however, me and my two elder sisters went to Catholic school. It wasn’t a choice based on religion, but rather on how we as a working-class family could get the best quality state education available – something my Mum felt our local Catholic school was best at providing for us. I wasn’t properly confirmed or anything, but I was an altar boy!

“There were other schools in the area that had more Asian people and also there was a Muslim community. But I was kind of kept away from that. So for me, I didn’t have much of a cultural or religious identity growing up. I saw culture and religion as being hand-in-hand; I saw them as the same thing. My school life was this strange dichotomy of being Muslim and Catholic, but I found it really helpful because it made me learn about different religions. Quite often, when people think about religions, it’s from the outside, but here I was an outsider in two communities – two very similar monotheistic religions. But people tend to focus on the differences, I guess.” 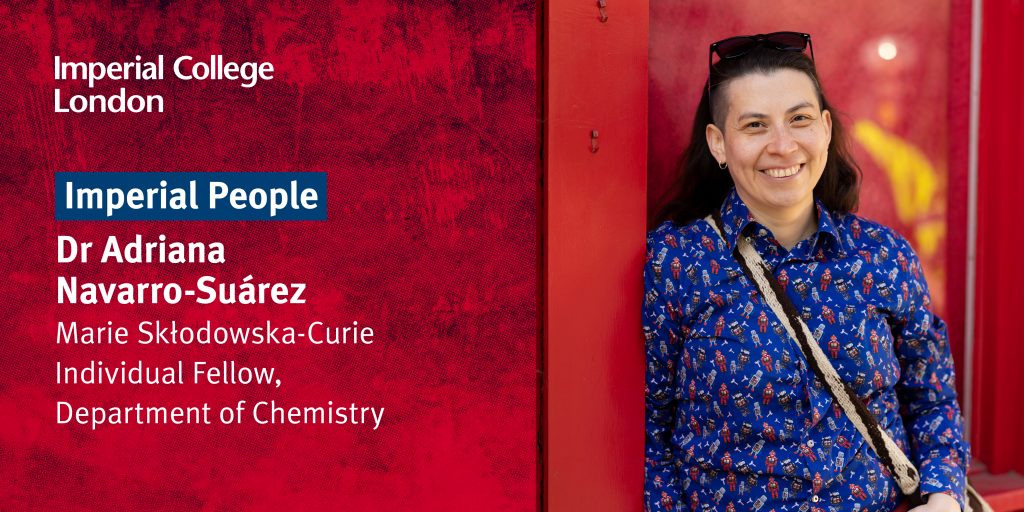 “To me, Colombia means happiness. There’s such amazing food, and on Sundays, we usually have a family gathering with our grandma. We don’t do this that often now because we don’t all live together, but whenever I go back home there is always a time where around 30 of us will gather and eat, drink and laugh.

“Colombians also love dancing – especially Cuban and Colombian salsa! As a nation, we’re really successful in international dancing competitions. Colombia is also a very religious country. During Christmas, there is an event called novena, where for nine days before the 24th you pray each night. Each of those nine nights is hosted by a different house/family and includes food and drinks.  END_OF_DOCUMENT_TOKEN_TO_BE_REPLACED 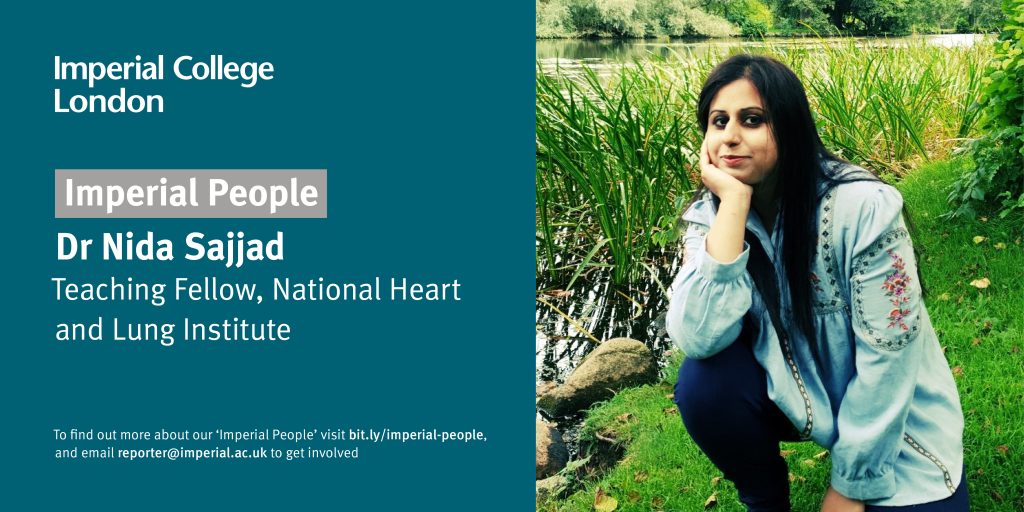 “I have always been passionate about engaging students through innovative digital learning technologies.”

I am a medical doctor-turned-teacher with a research background in neuroscience. I studied medicine in Lahore, Pakistan, and after practising there I moved to Trento in Italy where I did an MSc in cognitive neuroscience. I really enjoyed working with patients and data and this led me into research, which ultimately paved the way for me to take on teaching roles at the Universities of Bristol and Birmingham.

I joined Imperial as a Teaching Fellow in the National Heart and Lung Institute in September last year. It was difficult at the beginning as the whole interview process was online, and even now, I have only met people on Microsoft Teams!    END_OF_DOCUMENT_TOKEN_TO_BE_REPLACED