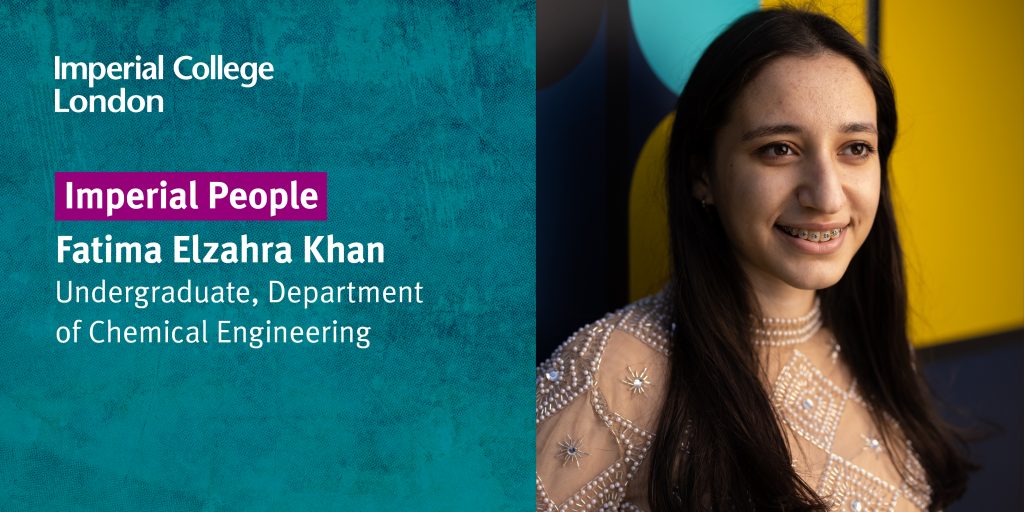 “Back in the Emirates and Pakistan, there is a disparity between how men and women are treated, but my mum is one of the most powerful and inspiring women I know. She left home to pursue her education and get a PhD. Marrying my dad was not the done thing – she was probably expected to marry a local, which a lot of my aunts did do.

“I was born in the US but I grew up in the UK. I went to primary school in Coventry – at the time the area was predominantly white, and I was one of a handful of students at school from a different background. Then we moved to Birmingham where I went to secondary school. That was a refreshing change – I met people like me, people I could relate to. On my interview day at Imperial, I remember walking around and seeing loads of people from loads of different backgrounds.

“At Imperial, I’ve been exposed to a lot of different cultures and was invited to celebrate Lunar New Year with my friends during my first year, something I’d never experienced before.”