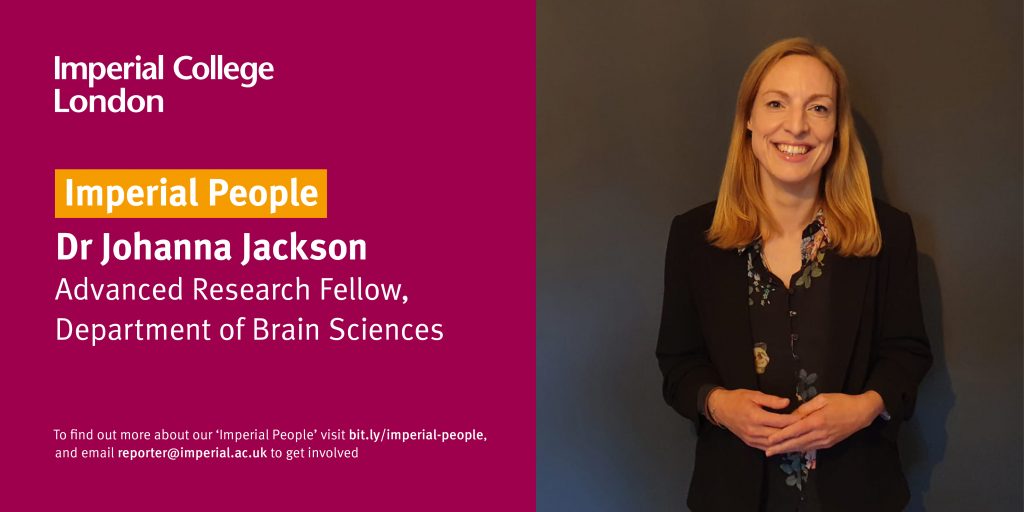 “I actually did my PhD at Imperial and then, after gaining some postdoctoral experience, moved into industry to research Alzheimer’s disease. A few years later, I became a senior research scientist with my own group focussing on synapse loss in Alzheimer’s disease. After eight years, I decided to leave industry and move back to academia – a slightly unusual move!

“My current role involves leading the UK Dementia Research Institute’s Multi-‘omics Atlas Project, setting up my own group and being the Equality, Diversity and Inclusion (EDI) Lead for the Department of Brain Sciences. MAP is an initiative to map the cellular pathology in Alzheimer’s disease in post-mortem human brain tissue. My research focus is how synapses (the connections between brain cells) are affected in the human disease and identifying ways of rescuing those that are lost.

“My equality, diversity and inclusion (EDI) work includes a recent initiative using the social media platform TikTok, funded by the College’s EDI Seed Fund. Our aim is to highlight the diversity of talent at Imperial and explain basic science concepts to secondary school pupils, especially those from lower income backgrounds. We want to encourage those pupils to apply to world leading universities such as Imperial. I have enlisted some students to help so they have exposure to the EDI field and as I am definitely not a TikTok expert!

“During the pandemic, I have been lucky in that I have been able to work from home, however this has been difficult whilst attempting to home-school my son, so it’s had its challenges!  Although I’ve dabbled with running in the past, since January I have kept running on a regular basis to raise some money for the Alzheimer’s Society.  During the first lockdown, I realised that I would just work and home-school and this time round I had to do something else for my own wellbeing.”