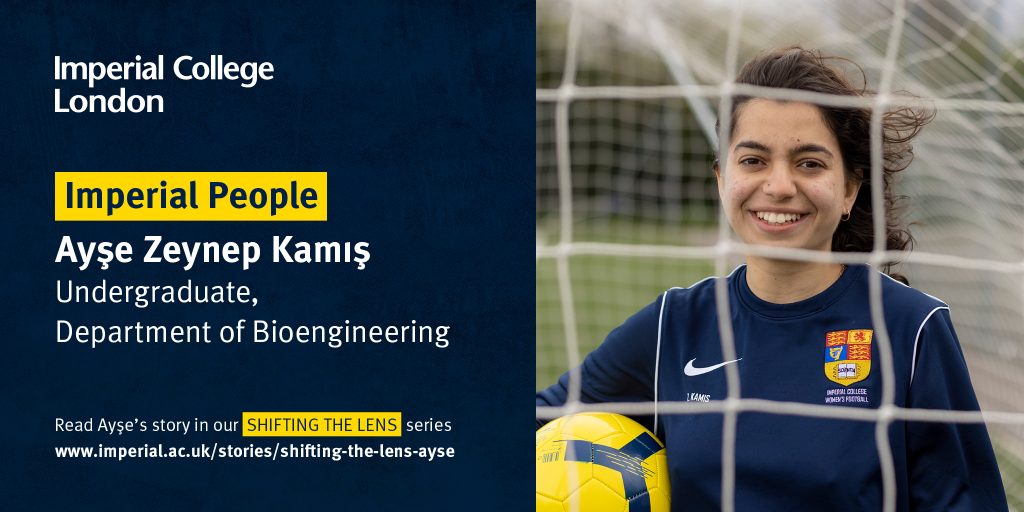 “I’ve been empowered to be proud of my sexual identity because of Imperial.”

As well as my Turkish culture, being bisexual is also an important part of my identity. I came out after I moved to London to study at Imperial. I’ve been empowered to be proud of my sexual identity because of Imperial. In Turkey, it was always assumed that I was heterosexual. It was never an option to be anything else. You are an outlier if you’re openly gay in Turkey unless you are in a safe community.

When I discovered I was bisexual, I used to blame myself. I would think: “Maybe you’re trying to make yourself more interesting?” But it’s just something that you are. Coming to London, I saw how sensitive people are and how they embrace different identities and celebrate them. So I thought, if I’m living here, I will embrace myself for who I am.

My brother was the first person I came out to. We were on the beach and I told him: “I might be bisexual.” And his response was, “Well, good for you!”

I feel I can be myself in London. I really enjoy playing football, and our football club is quite queer, which I absolutely love. I play for the Imperial women’s 2nd team as a centre back. It’s a safe space and no one cares if you’re bi, straight or gay. They’re such a nice community. We all wear rainbow laces on our football boots.