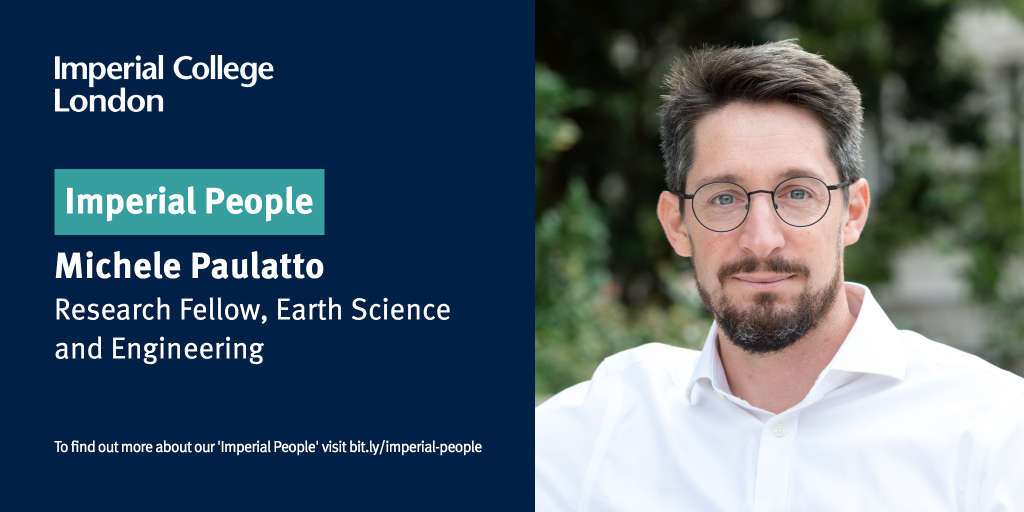 “I have been working with an illustrator to produce a series of artistic but scientifically accurate drawings of the roots of active volcanoes.”

I started my university career as a Physics student in Italy. During my undergraduate degree, I spent a year abroad at the University of Manchester and this experience opened the door for me to British academia. I switched from Physics to Geophysics and was offered a PhD scholarship at the University of Southampton to study the Soufrière Hills volcano on the island of Montserrat.

Since then, my main research focus at Imperial has been to image the plumbing systems of active volcanoes to better understand how magma is transported to the surface before and during an eruption. The volcanoes I study are usually submarine volcanoes or island volcanoes, and they are best studied using marine geophysics. These are the same field techniques that are used by the oil industry to image and monitor hydrocarbon reservoirs.

My research often involves long periods of data collection on research ships. A research cruise can last from a couple of weeks to a couple of months. During this time, we work in shifts so that the ship can function and collect data 24/7. It is hard but rewarding work and a rare opportunity to focus on a single task as a team together with other scientists, technicians, and the ship’s crew.

The principle is comparable to an ultrasound of a part of the body. We place seismometers (similar to very sensitive sound recorders) on the sea bottom over our survey area. We then generate loud bangs using large compressed-air guns that are towed in the water behind the ship. The signals from the airguns are recorded by the seismometers and, if processed correctly, allow us to generate an image of the rock layers under the seabed.

Recently I have been working with an illustrator to produce a series of artistic but scientifically accurate drawings of the roots of active volcanoes based on my research – look out for the upcoming VolcanoRoots project. Most people are familiar with the visible part of a volcano, the volcanic edifice. Our goal is to showcase the system of magma reservoirs and feeders that connect the volcano to the magmatic source in the Earth’s mantle.