The Evolution of School Feeding 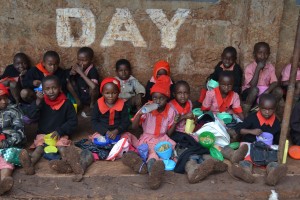 Leading experts including the Governor of Osun State, Nigeria and representatives from Imperial College London, the World Bank, the World Food Programme and the African Union were speaking at an All Party Parliamentary Group on Agriculture & Food for Development meeting on the evolution of home grown school feeding (HGSF) programmes. HGSF refers to school feeding programmes which procure their food from local smallholder farmers thereby supporting local rather than foreign markets.

The impact that a successful HGSF programme can have was provided by key note speaker, H.E Raul Argebesola, Governor of Osun State in Nigeria who said that since the launch of his State’s school meals programme (known as O’Meals) which feeds over 250,000 children every school day, enrolment has increased by 24%. The O’Meals programme provides employment to over 3,000 women and purchases food from over 1000 local farmers.

The experiences of Osun State tallies with that of governments from across the globe, the World Bank’s Professor Donald Bundy noted that analysis from the influential book, ‘Rethinking School Feeding’ that he co-authored in 2009, had identified that countries were increasingly turning to school feeding programmes as a form of a social safety net for their poorest communities. In Europe, in response to the recent recession, countries such as Spain, Portugal, France and the UK, had implemented school feeding programmes as means to protect their most vulnerable members of society. 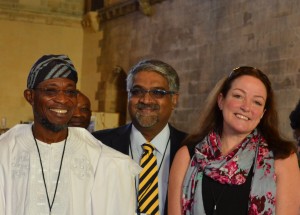 The meeting was co-hosted by the Partnership for Child Development (PCD) from Imperial College London who is working with governments to build the evidence base and provide technical assistance for the development of effective and sustainable HGSF feeding programme.

Speaking at the event, PCD’s Executive Director, Dr Lesley Drake said, ‘Research shows that when properly designed, HGSF programmes can act as a win-win for both school children and smallholder farmers alike.’

She continued, “For integrated school feeding programmes to succeed like they have in Osun, governments and development partners alike need to integrate HGSF into their policies, strategies and plans for agriculture and for education.

Read The Evolution of School Feeding in full

What happens to your body if you’re stabbed? How deep does that wound go? What organs might be injured? And how do surgeons put things right? Professor Roger Kneebone and his team show what goes on – before, during and after surgery. Not for the faint-hearted.

The Clinical Trials Centre at St. Mary’s Hospital are looking for healthy HIV NEGATIVE male and female volunteers between the ages of 18-45, who are going to be around London for 6 months to take part in a Phase I clinical trial to develop a new vaccine.

If you are interested in wanting to take part please contact Stephen on free phone 0800 358 3001 or email: hivvaccinetrial@imperial.ac.uk for more information.  Your time and travel for all visits will be reimbursed and you’ll receive up to £1100 over the course of the study.

This trial, led by Professor Robin Shattock in the Department of Medicine, forms part of the EU funded CUT’HIVAC project, which aims at assessing a new HIV vaccine strategy to prevent and control HIV infection based on transcutaneous and/or mucosal needle-free vaccination.

Global leaders join forces with academics from IGHI at an IdeasLab session at the 2014 World Economic Forum.

The World Economic Forum brings together top business leaders, international politicians, academics and journalists to discuss the most pressing challenges facing the world. IdeasLab sessions allow experts from the world’s leading universities to address specific issues of importance with a high profile audience.

On 16 January, His Highness the Emir, Sheikh Tamim bin Hamad Al Thani  conferred upon Lord Darzi the Sash of Independence in recognition of his continuing contribution to developing the health sector in Qatar.

The PhD programme is open to UK/EU and overseas students. The funding is for three years and covers both fees and living expenses. Research progress is assessed each year and continuing receipt of funds will depend on satisfactory academic progress.

Imanova Limited is a world-leading research centre for imaging sciences housed in the Burlington Danes building on the Hammersmith Hospital campus. They undertake imaging science research and biomarker development, whilst considering the valuable application of this in early drug development.

Formed in an innovative alliance between Imperial College London, King’s College London, UCL and the UK’s Medical Research Council in 2011, the facility holds world-class capabilities and a collaborative environment for both academics and commercial clients. Imanova benefits from state-of-the-art technology including scanning equipment (as featured in the video below), radio-ligand development and manufacture, and imaging research methodology.

Imanova’s imaging research includes Magnetic Resonance Imaging (MRI) and Positron Emission Tomography (PET) studies, which can be used to image the body’s internal structures and the movement of molecules within the body providing valuable insight for researchers. Whilst the technology can be used in a number of research areas, it is often used in neurology to understand the innermost activities of the brain. The Imperial Division of Brain Sciences works closely with Imanova, which hosts a number of Imperial research studies in neuroscience and mental health.

Imanova also has radiochemical sciences capabilities, meaning radiotracers can be both developed and utilised in-house. Their research in biomarker development uses a structured process involving the design of radio-labelled probes for specific biological targets, in silico selection of leading candidates and clinical validation of the biomarker.

The centre conducts a number of research projects for commercial clients also, providing a means to test early stage drugs in first-in-human trials. Using radio-labelled compounds, PET imaging can allow researchers to study drugs under development to discover how these distribute in the body, whether they are reaching their target and at what concentration. Conversely, MRI can be used to determine structural changes and to visualise brain activation during tasks using functional MRI (fMRI).

Throughout Imanova’s first 18 months a number of outstanding achievements have been accomplished, including:

You can now download the first annual report for Imanova Limited. For further details, please contact enquiries@imanova.co.uk or 020 8008 6000.