Two Imperial students have been recognised at a prestigious competition involving medical schools across the capital.

Here Rahul and Ashik describe their successes, time at Imperial and hopes for the future.

I found out that I was nominated for the Gold Medal Viva in Muheza, a rural village in Tanzania, during my elective. To find this out by mobile in a place with no running water was surreal. It was a daunting task as I had been given around six weeks to cover most of what I had learnt over the past six years! My preparation consisted of reading medical journals and meeting with members of the Faculty of Medicine to practise answering viva questions.

The day of the viva was in the final week of my studies at Imperial. I was questioned on a very wide range of topics, ranging from the molecular mechanisms of colorectal cancer metastasis to my opinions on how to improve child health in the UK. After the grilling was over I enjoyed the sunshine and took some photos to remember the day (the photo here was taken after the viva before the results).

I knew I would discover the outcome on the same day and the wait was very nerve-wracking. I remember eating my lunch on the bank of the Thames by Tower Bridge when I received the result by email. I was shocked to discover that I had won the competition! I immediately called my parents and all the mentors and friends who had supported me through the process. I spent the rest of the day celebrating with friends in London.

I am now moving to Oxford to embark on an Academic Foundation Programme in order to develop a career which combines my two passions of clinical and academic work. Winning the London Gold Medal has been a truly special way to complete my time at Imperial. I owe my success to the constant encouragement I have received from my family and friends, as well as the remarkable staff from the Faculty of Medicine who have taught me over the past six years. I am very grateful and will be forever indebted to my teachers here.

When I received my nomination for the University of London Gold Medal Viva, my initial reaction was one of shock and incredulity. I could not believe that Imperial College School of Medicine had nominated me to represent the rest of my peers and the College at large in this most prestigious and enduring of competitions which has previously featured the likes of Sir Alexander Fleming. However, having eventually cast away any thoughts of a colossal mix up, these feelings gave way to immense pride and honour. I was desperately keen to do Imperial proud and continue the trend of success we have enjoyed over the past few years in the competition.

The format of the competition is simple. There are six eminent examiners asking questions within their chosen fields – medicine, surgery, clinical sciences, clinical pharmacology, obstetrics & gynaecology, and paediatrics – for five minutes each. A daunting prospect indeed! The viva included being asked about the mechanisms of cancer metastases and the various theories behind the recent trend in increasing asthma diagnoses in the UK. Even though the teaching and exam process at Imperial prepares us very well for viva questions, the viva was extremely difficult and I felt it did not go well.

Imagine, then, my delight and surprise to have been part of another Imperial clean sweep in the Gold Medal competition. Being awarded with the Beutel Prize was, apart from proving the existence of divine intervention, quite simply the best way to end my time here at Imperial. It has been the most wonderful six years of my life and I have cherished every minute of it. In particular I must thank our dedicated teachers and professors, especially my personal tutor Dr. Amir Sam, without whom my success would not have been possible.

In the future I will soon be starting an Academic Foundation Programme in nuclear medicine at Barnet and Royal Free hospitals as an FY1 doctor. I look forward to putting everything that I have learnt over the past six years to good use in order to provide the best care for my patients and aspire to an eventual career in radiology.

On 24 January 2015, UCL Medical Society held their annual InspireMEdicine Conference, designed to celebrate variety and innovation within medical practice and broaden the horizons of current UK medical students. Throughout the day, delegates had the opportunity to attend workshops that explored key skills and gave a taste of the career paths on offer, as well as garnering advice from such renowned speakers as Professor Jane Dacre, President of the Royal College of Physicians, Miss Su-Anna Boddy, Council Member at the Royal College of Surgeons and Dr Christian Jessen of Channel 4 ‘Embarrassing Bodies’ fame.

Our team of three current 4th year Imperial students completed our audit entitled ‘Calling for Change’ in 2014, to assess the accessibility and efficacy of the call bell system at St Peter’s Hospital in Chertsey. We aimed to improve hospital safety and inpatient experience and having presented our ideas to the Chief Executive and Head of Nursing at the Trust with great feedback, we decided they held relevance on a broader scale within the NHS. As a result, we decided to enter our Clinical Quality Improvement (CQI) Project into both of this year’s InspireMEdicine Conference Competitions.

We were thrilled to be selected for the National Finals of both the Innovation Challenge and Poster Prize and are happy to report that on the day itself we placed 3rd in the Innovation Challenge. This gave us the opportunity to give an oral presentation to the 300 delegates, receiving a £150 prize and one-on-one mentoring with UCL Advances (UCL’s Centre for Entrepreneurship), to consider the social and economic impact of our proposals and form a business plan. Furthermore, we were excited to have won the Poster Prize Final, meaning that our Abstract will soon be published in the PubMed indexed journal ‘Annals of Medicine and Surgery’.

Overall, we had a fantastic time at the InspireMEdicine Conference and would like to thank all of those who supported our project, in particular Annette Stanley and Darren Pirson (our St Peter’s Hospital Teaching Coordinators) Adam Hunt (the Innovation Challenge lead) and UCLU Medical Society, for arranging such an incredible event. We’d strongly encourage current 3rd year students to consider entering their CQI projects next year!

From New York to Imperial College Healthcare NHS Trust, the UK premiere event Bette Davis On The Edge is a solo performance, written and performed by Christine St. John.

“It’s half past four in the morning of October 31st 1962, and motion picture legend Bette Davis is waiting anxiously for the reviews of ‘Whatever Happened to Baby Jane’. If the picture is a success, it will hail the desperately needed comeback for the star’s fading career. If not, it will provide a sad and embarrassing epitaph.”

“As she waits, she reflects on her entire career, from the ‘Talkies’ to the present day. Her story is the entire history of the American Motion Picture industry.”

Only a few days left to enter Student Challenges 2014 for your chance to win funding towards your global health project or innovative idea – closing date 28th November. 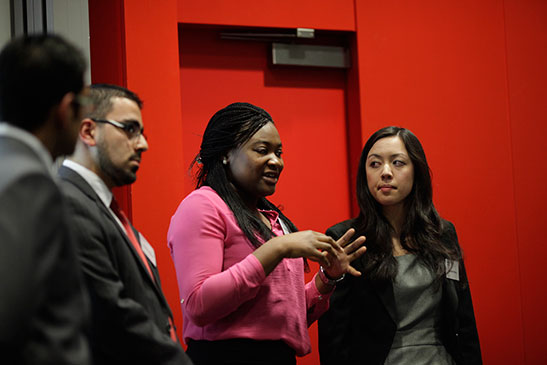 A £4 million mini-factory for developing the next generation of miniaturised medical devices and robots officially opened on 10th November. 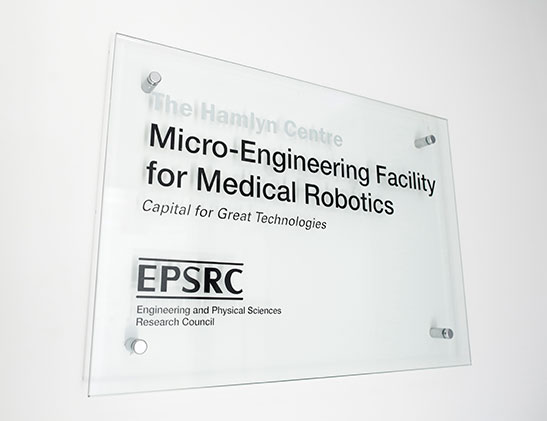 A £4 million mini-factory for developing the next generation of miniaturised medical devices and robots officially opened on 10th November.

The Institute of Global Health Innovation and the Chinese University of Hong Kong agree to work together across research and education. 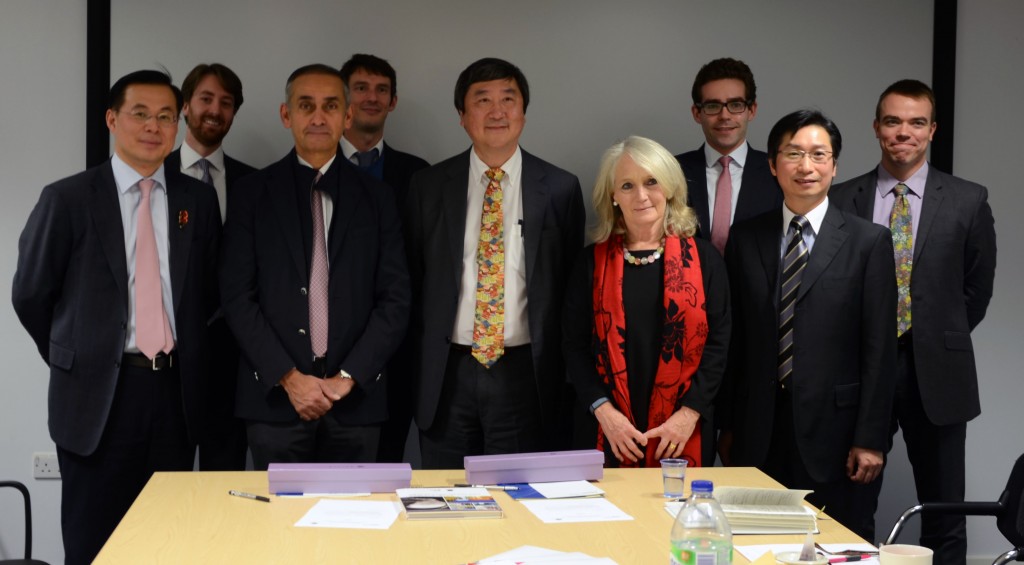 Better Health for London: Launch of the report of the London health Commission

London Health Commission calls for smoke ban in Trafalgar Square, Parliament Square and all parks in the capital, and a raft of other measures. 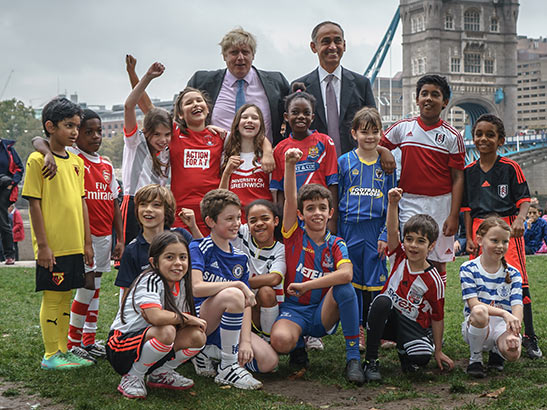 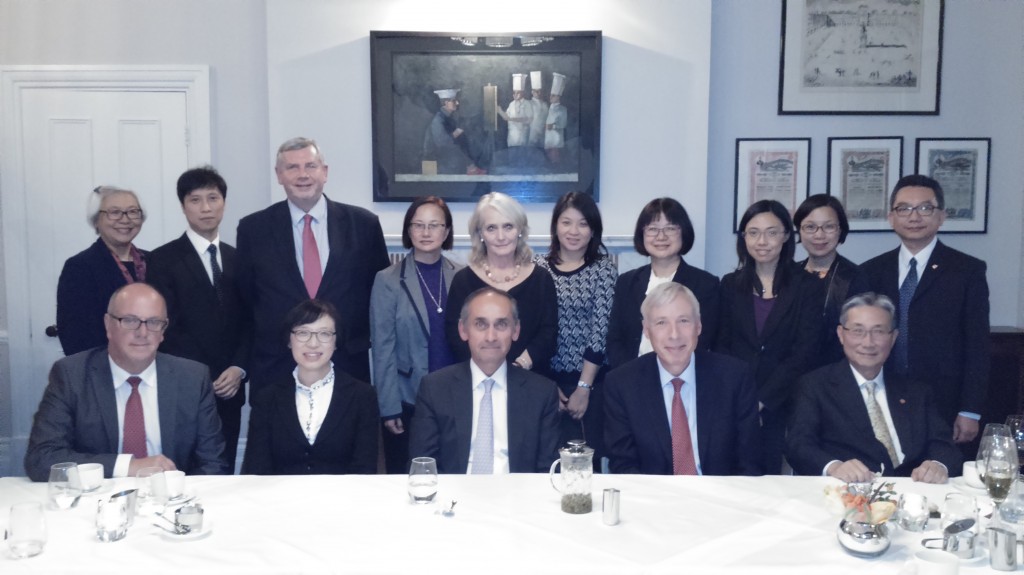 Contemporary Islamic Bioethics: Conflating the “Biomedical” and the “Religious” 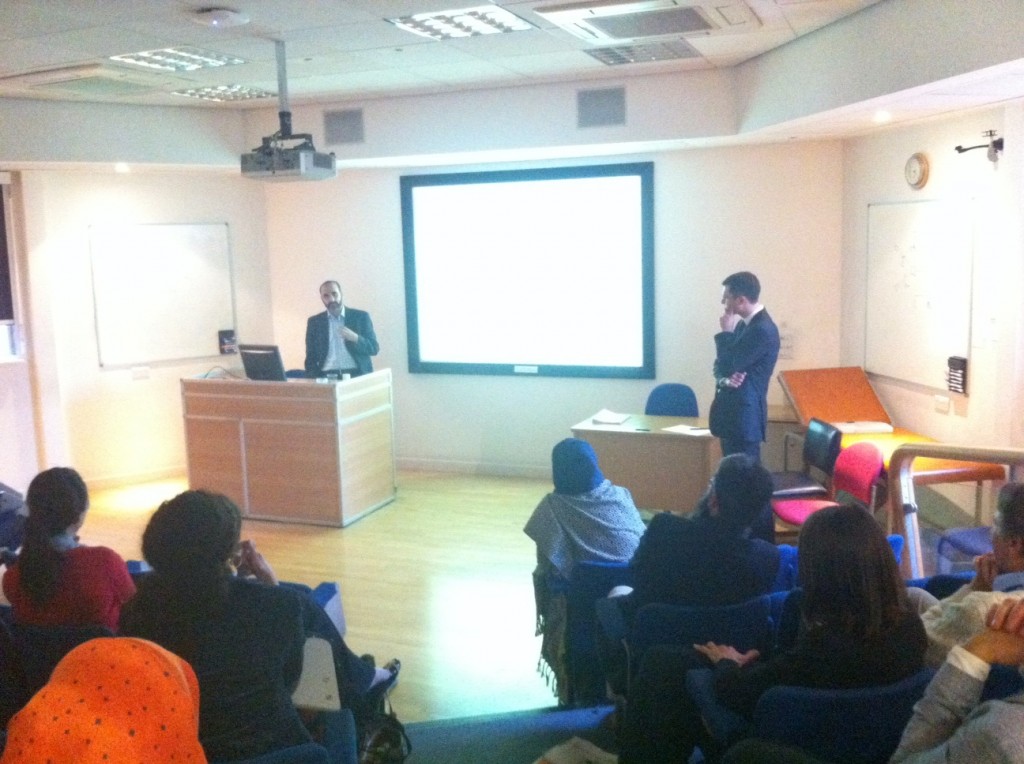 Write for us – become a guest blogger for IGHI.  Examples of past blog posts can be found here. Interested? Contact IGHI’s Communications and Events Officer Jo Seed (j.seed@imperial.ac.uk)

The BBC launched the Longitude Prize 2014 on Monday 19 May, announcing the six challenge themes:

£10M is available over 5 years to demonstrate proof of concept and ability to scale. All of the 6 challenge themes map to Imperial activities and expertise!

Tony Hall, Lord Rees Brian Cox, Kevin Fong and Attenborough were all there to launch the Prize. Lord Rees Chairs the committee which has short-listed the six themes.

Find out more about the challenges: http://www.bbc.co.uk/news/science-environment-27425224

Details were broadcast on the One Show and on a special Horizon episode (celebrating 50 years of Horizon), after which, voting opened. The nation gets to vote on the six challenge areas, with only the most popular being tackled. The chosen theme will be announced 25 June.

Another success for Imperial College students: on the 29th of March, Imperial College won the Institute of Medical Ethics National Student Debating final at the Institute of Education.  Representing Imperial were: Claire Brash, Joe Gafton, Sarah Sturrock and Klara Weaver; all year 3 students:  ‘Having seen the calibre of the competition at the Southern Regional final a couple of weeks previously, we were prepared for a challenging afternoon of debating’ they explained.  The students had two weeks to prepare their arguments for the cases to be debated but did not know if they would be arguing for or against the motion.

The first debate was against Sheffield; the Imperial team defended the ability of the Doctor to ‘snoop’ on patients online to try to establish if the patient awaiting a liver transplant was genuinely abstinent from alcohol. The team delivered an excellent case cleverly justifying the breach of privacy on the grounds of the best interests of the patient rather than the utilitarian public interest argument of using scarce resources efficiently and won a place in the final round. The team had just 30 minutes to prepare their final debate – arguing against the motion that an autonomous request by a terminally ill patient for deep terminal sedation (i.e. rendering him unconscious until death) was ethically acceptable. They faced tough competition from Lancaster University but argued persuasively that an autonomous wish to give up autonomy through permanent sedation was no more acceptable than an autonomous wish to enter slavery and that the spiritual importance of death was of great value as a unifying human experience.

Students interested in representing Imperial College in the Institute Medical Ethics debating competition next year should get in touch with this year’s winners or: 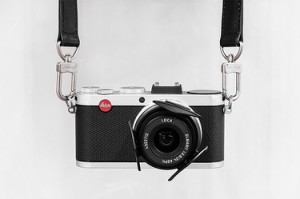 The Department of Medicine will be running an image competition from 9am Monday 10th of March until 5pm Friday 23rd of May for all current Department of Medicine Staff and Students. A £20.00 Amazon voucher will be awarded to the top entry from each Division. If you are a DoM staff member or student and would like to enter please visit the competition website for more details on how to apply.