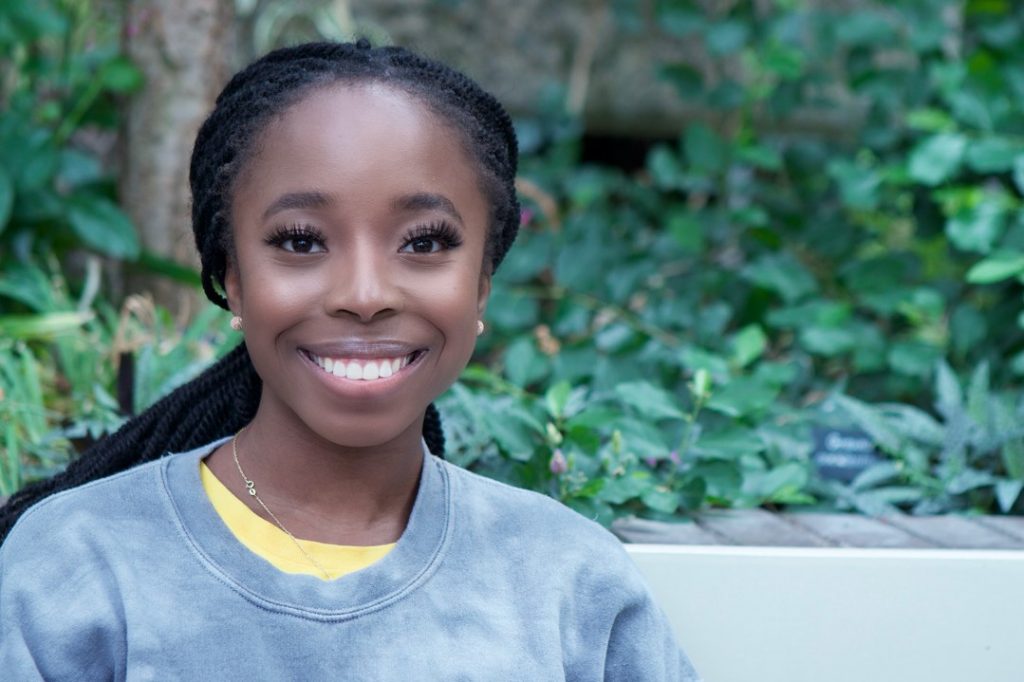 “I am lucky to have lecturers who are leaders in their fields, friends who are some of the smartest people I’ve ever met, and access to a wealth of resources.”

I’m the type of person that likes to be involved in activities beyond studying, and the range of clubs and societies that Imperial offered were very attractive to me. Since starting at the College, I have joined the Netball club, African Caribbean Society (ACS) and the Engineering Change Society.

I’m really aware of the opportunities I have as an Imperial student. I think it’s quite easy to take things for granted when you’re dealing with the general stress of university, but I am lucky to have lecturers who are leaders in their fields, friends who are some of the smartest people I’ve ever met, and access to a wealth of resources. I spend half of my year back home in Nigeria and the other half in the UK, and even on the other side of the world in Lagos, being an Imperial student has opened so many doors.

As a Black woman in a space like Imperial, I’m aware that the impact of my presence is bigger than me. As the Vice President of the ACS, one of the things that’s been really important to me is improving diversity at Imperial. The ACS is starting an outreach programme for Black students from low income backgrounds, which I’m really proud of. We’ll be helping A-level students with their CVs and UCAS applications, as well as advice on applying to study STEM subjects at universities like Imperial. Helping students in this way is really important to me as many Black students worry about how to present the best version of themselves in their applications, especially when they don’t have access to resources and teachers who can help. ACS is there to show them that Black people exist at places like Imperial, and to motivate them to apply by providing them with relatable mentors.

Every year, the ACS hosts a huge cultural showcase called Afrogala, and this year I was the lead. Our show was called Hazina, and I played the role of a girl called Amani who wanted to return to her home country to reconnect with her roots. The whole process from the endless rehearsals to the final show was incredibly fun, and everyone that came to see the show really enjoyed it.

Over the summer, I co-founded an e-commerce startup with one of my friends from Imperial, and it’s one of the things I am most proud of. Our startup, Reverb, helps people to sell event tickets easily on an online platform, and has benefits for organisers as it offers analytics such as the gender and age of buyers.

Looking ahead, I hope that the ACS can make lasting changes to diversity at Imperial, my startup takes off and that I have clarity as I head into my second year.