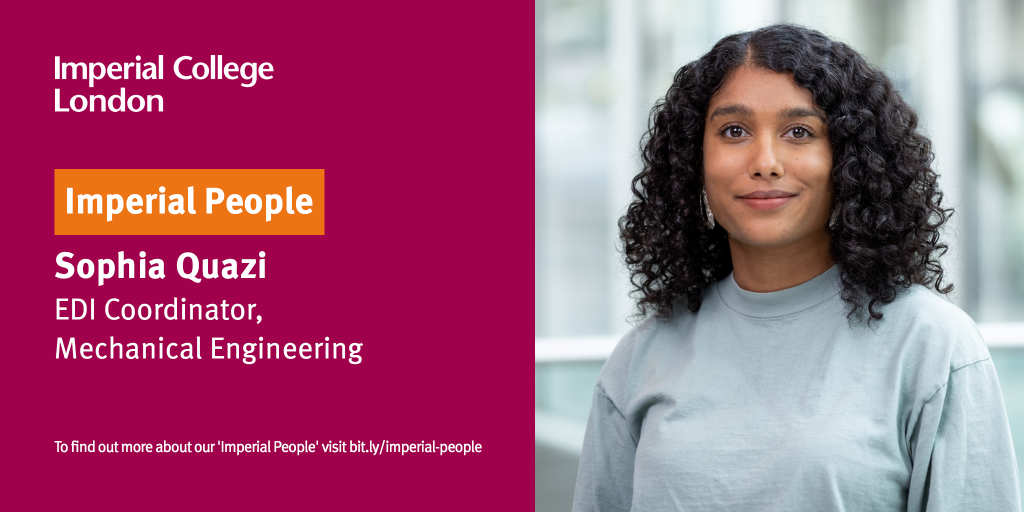 “I always knew I wanted a career that helped people.”

My educational and career journey hasn’t been the most straightforward trajectory. When I was a kid, when people asked me what I wanted to be when I grew up, I responded with cartoonist or marine biologist, quite like my idol Stephen Hillenburg who created SpongeBob SquarePants and was both. I didn’t really know that equality, diversity and inclusion (EDI) or diversity and inclusion (D&I) was something that I could work in. However, I always knew I wanted a career that helped people. It all clicked for me when I selected Sociology as one of my A-Levels.

My interest in social sciences grew and I studied criminology at both undergraduate and postgraduate levels, earning a Master’s degree. My specific focus was eradicating violence against women and victimology. Both of my dissertations were focused on sexual violence on university campuses, and this was something I wanted to pursue career-wise.

While completing my Master’s degree, I worked part-time at LSE and found out who managed the sexual violence response at the university. This was the first time I heard about the EDI team and what their remit is. It really resonated with me, and I remember telling a friend that the only way I’d continue working at LSE is if I ended up working in the EDI team. I’ve been working in this field for almost four years now.

I work as the EDI Coordinator for the  Mechanical Engineering (MechEng) and Earth Science and Engineering (ESE) departments. This is a new role introduced last year, and I started working at Imperial in September 2021. In short, I help both departments establish their EDI Committees, deliver their EDI strategies, and provide a link to the central College.

In ESE, there is a newly formed working group to diversify artwork. We have a talented student whose artwork will be displayed in the department. In MechEng, I have been part of an EDI seed fund project to produce videos about common mental health problems and signposting to resources. There is a wide range of initiatives I take on, and part of being departmental based rather than central means I have more interactions with students and can advocate for departmental voices. I’m always happy to meet either online or for a coffee with anyone who is interested in working in EDI or would like to find out what I’m up to. EDI shouldn’t have trade secrets.

I feel like we have integrated the College Values to progress EDI within both the departments I work for. It is impossible to be inclusive without respect, integrity, and excellence. It also requires collaboration and innovation to successfully embed EDI into the culture.

I have quite a few hobbies. Outside of watching too much TV, I like life drawing. I have been attending life drawing sessions for over two years now. It’s my favourite hobby that takes me away from a screen. I’ve been to pretty much every popular life drawing class in London at this point. I also quite like film photography. I’m not particularly good at it, but I enjoy the ‘life is like a box of chocolates’ nature it has. You just never know what you’re gonna get, i.e. 3 out of 8 rolls coming out blank.