I spent the night super sick with the painful flu that’s been travelling around Imperial. I don’t think I’ve ever had a full blown flu over one night – with no hints of it approaching! Of course it happened the day I had three meetings, a quiz, class and a team dinner. GRRrrrrr! The weekend was just a day away!!

Without much energy to do anything, I spent the day at home trying to find things to think about while I lay in bed with a dizzying fever – coughing my lungs out. Growing up, I only ever used to get sick once every few years. My parents would place 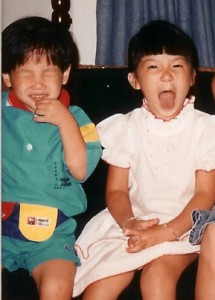 me with sick kids to build up my immune system. Getting sick for antibodies while being aware of what was coming my way was – well, cruel! At least it didn’t happen very often. As a kid though, the downside of not getting sick often was that there were days…many of them…when I just wanted to skip school, and I couldn’t even if I was fine with actually being sick.

….And getting a sick note from my parents was no easy business because they believed that you didn’t need to skip school unless 1. You had something contagious, 2. You were near death, or 3. You looked so sick that other people may think you have something contagious. Trust me, working with that kind of criteria and pressure was tough!

After hearing about malaria, I decided that I’d try to get a few days off with it because …well, it’s hard to detect, it’s one disease that is recurrent so the excuse could be used again, and finally it’s one of the most common diseases to contract in the tropics where I grew up. I don’t know exactly why I never changed my game plan from that day on, but I honestly tried and tried to convince my parents that I needed to stay in bed because of my malaria. Not a single attempt was ever successful and I always ended up at school at some point in the day. Today, I figured out my biggest problem (because I’m pretty sure I nailed the acting!) – there was a reason why there were so many books about malaria and mosquitoes on the shelves – and a reason why I knew so much about malaria as a kid: my dad worked in malaria prevention while we lived in the tropics!! I should have stuck with my gut and gone with Japanese encephalitis! 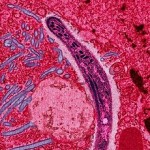 According to friends and family who’ve seen me sick, getting sick only once every few years has made me a pretty terrible sick person – and by that they tend to mean that I’m a pain in the behind. My mom says I’m like a man who gets sick (my dad, to be more specific!) – what she means by that is that I’m a big baby who thinks I’m going to die. … I usually deny this – but after spending the day with myself, without anyone here to give way to what I want, like at home, I’ve realized that I’m totally annoying!