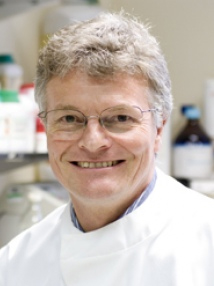 At the beginning of June, Dr Mike Skinner (Section of Virology at St Mary’s) took over from Professor Janet Bainbridge as Chair of the Health & Safety Executive (HSE)’s Scientific Advisory Committee on Genetic Modification (Contained Use) – SACGM (CU). Dr Skinner has sat on SACGM (CU) since 2004, when it was formed to replace the former Advisory Committee on Genetic Modification (ACGM). The committee provides technical and scientific advice to HSE and other relevant authorities on all aspects of the human and environmental risks of the contained use of genetically modified organisms (GMOs). Its work therefore complements, and generally precedes, the work of  the Department for Environment, Food and Rural Affairs (DEFRA)’s Advisory Committee on Releases to the Environment (ACRE) which covers deliberate release policy. The remit of the committee is:

• To develop and update guidance on all aspects of contained use of GMOs including the Compendium of Guidance; a document that is well regarded both nationally and internationally

SACGM (CU) therefore helps HSE protect workers in industry, research and the health service (as well as the general public and wider environment) from any potential hazards attributable to genetically modified organisms (GMOs), while at the same time aiming to allow the research, production or application to progress in a safe manner. It concentrates on higher risk (Class 3 & 4) activities but also advises on the changing landscape of research, technological developments and disease threats, though in the latter case it overlaps with HSE’s Advisory Committee on Dangerous Pathogens (ACDP).

Like the other members of the committee, Mike says that the work has proved challenging but interesting and satisfying. Early in its life, it had to deal with issues concerning the industrial scale production of pre-pandemic vaccine against avian influenza virus H5N1, work which proved invaluable at the time of the unexpected emergence of the H1N1 pandemic in 2009. Indeed much of the committee’s deliberation has concerned assessment and control of recombinant influenza viruses created not just as vaccines but to help researchers understand the pathogenesis and host range of viruses emerging from animal reservoirs; the latter work has become somewhat more controversial following the publication of well-publicised ‘gain-of-function’ studies.

Within the clinical setting there are a burgeoning number of gene therapy constructs and recombinant vaccines that are entering clinical trials within hospitals and which are moving toward licensed clinical use. Data to support eventual approval for release of these vaccines through ACRE (and for licensure through the Medicines and Healthcare Products Regulatory Agency; MHRA) are conducted under contained use.

Mike is also looking forward to working with the those involved in the development of Synthetic Biology (a broad and rapidly developing area in research and industry, which falls under the remit of the GM regulations) and with those advising the authorities in other EU states (as EU legislation now shapes many of the relevant UK regulations).