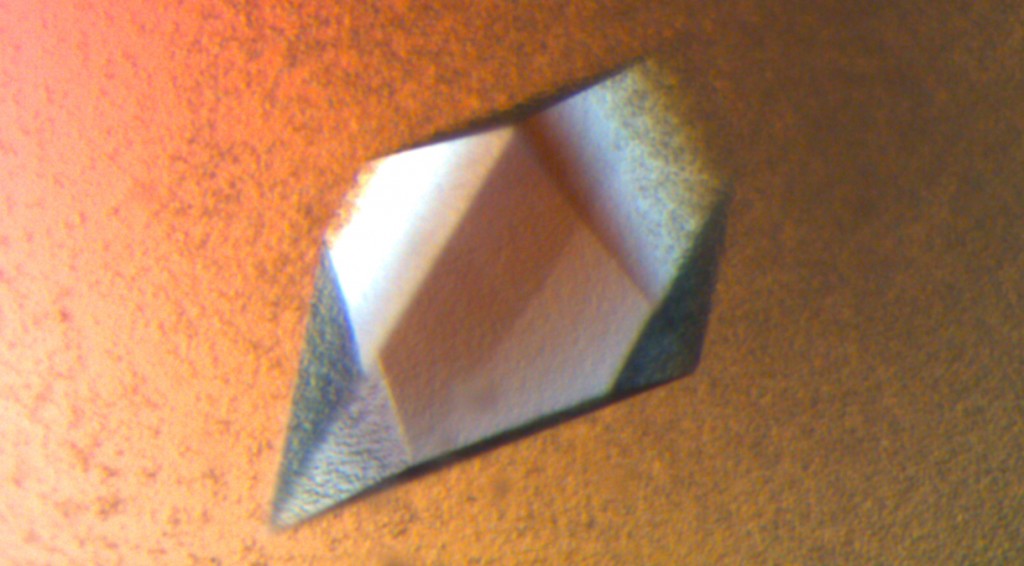 A paper about designing the first nucleation inducing agents for automated crystallization trials (so that they can be used for high throughput) has been published in the March issue of Acta D. It was highlighted by the International Union of Crystallography, and a commercial product called ‘Chayen Reddy MIP’ has been launched by Imperial Innovations this month (March 2015).

The work describes the design, fabrication and validation of the first non-protein nucleating agent made specifically for robotic crystallisation experiments. This research builds upon prior demonstration of the suitability of molecularly imprinted polymers (MIPs; known as ‘smart materials’) for inducing protein crystal growth (PNAS 2011 108, 11081-11086). These semi-liquid MIPs are dispensed using commercially available robots and their application bypasses the concerns associated with seeding and solid heterogeneous nucleants. MIPs have been shown to be effective in both screening (greater number and variety of hits) and optimization (better crystals in MIP presence) trials.  MIP-containing trials yielded crystallization conditions for proteins that had not produced useful crystals to date in screening (using commercial screens). No leads were obtained in the absence of MIPs or in the presence of traditional nucleants, meaning that without MIPs these important conditions would have been missed. Furthermore, better crystals could be obtained in the presence of MIPs at the optimization stage. Examples of these proteins include the human macrophage migration inhibitory factor (MIF) and an antibody to CCR5 receptor complex since publication.

The research has paved the way to commercialization by Imperial Innovations – leading to a patented product that can be employed for the automated screening and optimization of any biomacromolecule. The application of these materials is simple and 20 nanolitres is sufficient for each trial, thus this will provide a potent tool for scientists in academia and industry.