Janet Powell, Professor of Vascular Biology & Medicine in the Department of Surgery & Cancer, recently delivered the first Janet Powell Honorary Lecture at the European Society for Vascular Surgery Congress 2017 – the first of a series of annual lectures in honour of Janet’s contributions to the subject. 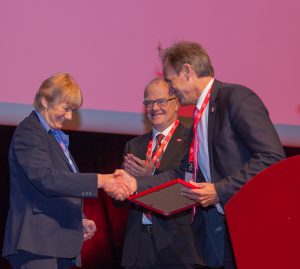