We wish to congratulate Mr Christopher Lattimer, Honorary Consultant from the West London Vascular and Interventional Centre, for his lecture on discord outcomes on the anterior accessory saphenous vein 5-year results at the 15th Romanian Congress of Phlebology 2017 held in Timisoara. The photograph is of him receiving the certificate of excellence (right) from Professor Sorin Olariu (left), who is the head of the department at ”Victor Babeș” Timișoara, Romania. Mr Lattimer from the Josef Pflug Vascular Laboratory, Ealing Hospital & Imperial College, recommended in his presentation that the discord outcome analysis (DOA) should become part of the reporting standard of all randomised clinical trials on superficial venous intervention. Currently, only successful outcomes are reported in isolation which may give misleading information. Highlighting the discrepancies when one outcome is in disagreement with another outcome will provide transparency. This is an outcome currently lacking from all RCTs on superficial venous intervention. 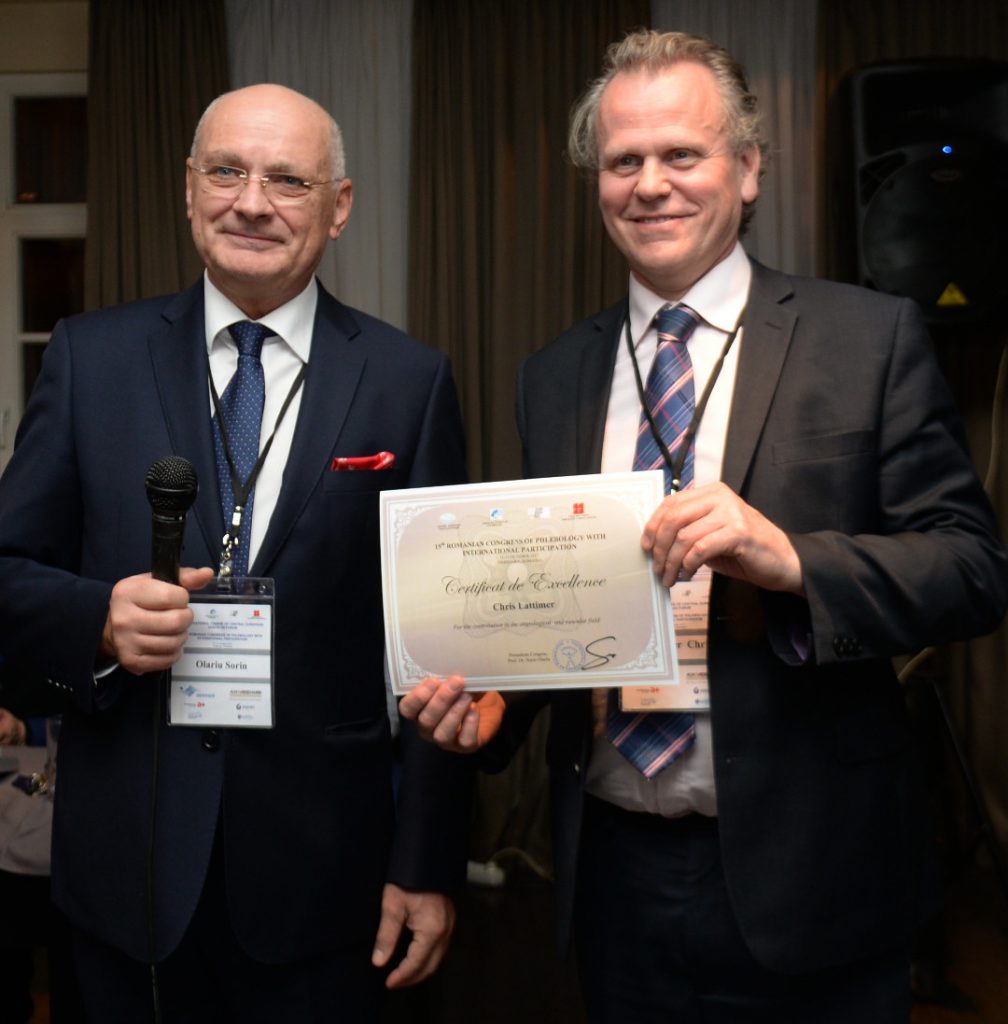