Using Simulation to Understand your Business

In November 2017 the ICCESS team delivered a Sequential Simulation to a group of delegates from the UAE government undertaking a Public Sector Innovation Diploma with Imperial College Business School’s Executive Education Centre.

The simulation featured a re-enactment of a patient journey through the UK healthcare system. After watching the workshop, participants were encouraged to suggest improvements and draw parallels with their own work environments.

A fascinating video of the simulation has been released and can be viewed on YouTube:

Centre Director, Prof Roger Kneebone, was interviewed for a series of short videos for the Faculti.net website talking about ICCESS’ work in developing and using simulation for a variety of purposes, including surgical education. The videos can be viewed here: https://faculti.net/learning-simulated-environment/

Professor Roger Kneebone recently gave a guest lecture at the Royal Academy of Arts, Burlington House. Prof Kneebone’s talk, part of the Royal Academy Schools lecture programme, focused on his interest in exploring the parallels between surgery and creative disciplines such as craft and performance. 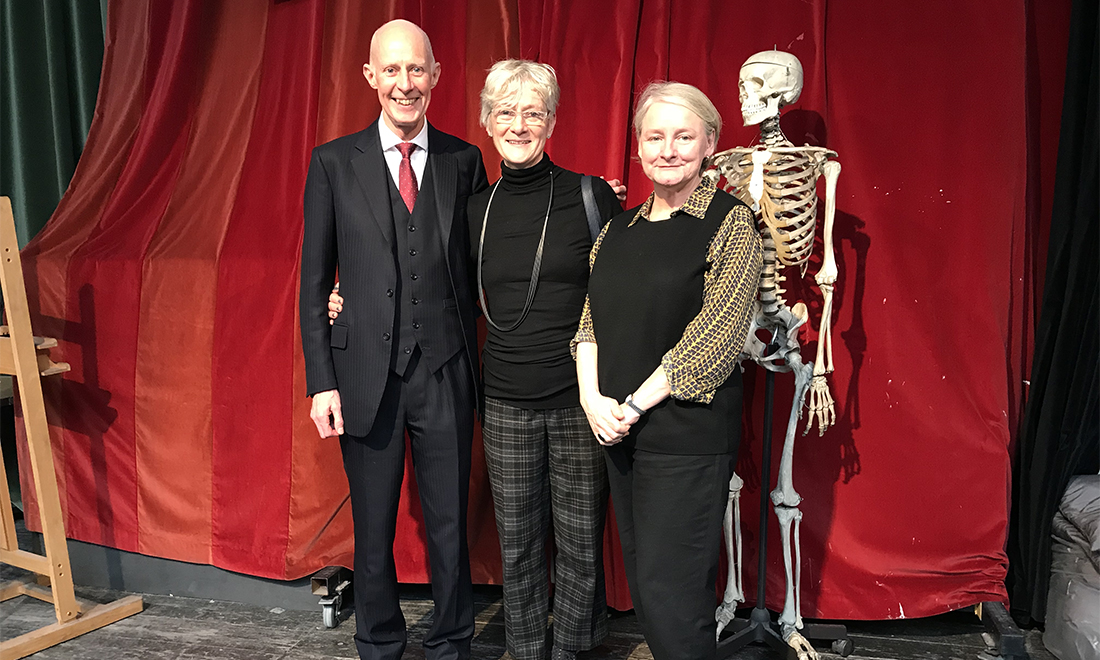 Prof Roger Kneebone with present (and past?) members of the Royal Academy Schools team