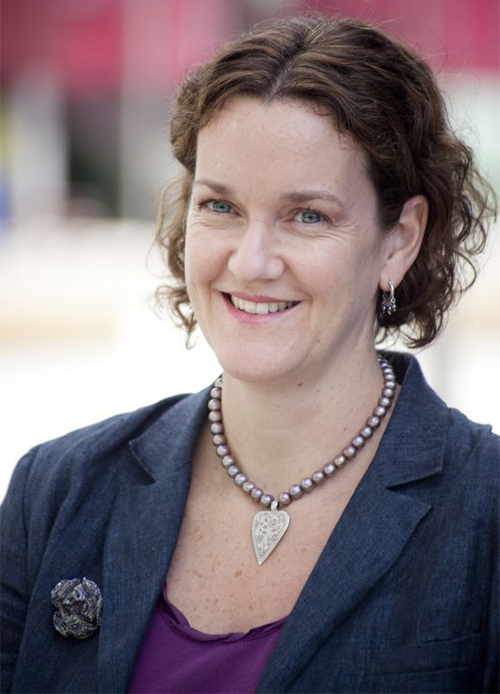 In her research career, Professor Clare Lloyd is a lung immunologist, currently working to understand why some children wheeze with viral infection and others don’t, and how that impacts asthma. But last year she also took up the mantle of Vice Dean (Institutional Affairs) for Imperial’s Faculty of Medicine. Here, Professor Lloyd explains her role outside of the lab.

What is the Vice Dean (Institutional Affairs) responsible for?

The role covers all aspects of diversity and equality, particularly incorporating and coordinating our Athena SWAN programmes as well as career development across the Faculty.

I am looking at how we support our early career researchers, particularly newly appointed academics and also fellows. The funding climate is difficult, especially for those at the early stage of their career. We’re conscious that we need to make sure they get as much support as possible so that they can maximise their chances of success.

Athena SWAN is all about changing culture, and we want to make sure that everyone can expect the same opportunities and support, no matter where people are based. It’s important that staff feel supported to develop their careers at Imperial. We recognise that really talented people will have a number of doors open to them, and we want to ensure that we attract and retain the very best.

How has your previous experience prepared you for this role?

I was the NHLI Athena lead from 2009-2014 – leading on two Athena applications. We were the first medical department in the country to get a Silver Award, which was then renewed four years later. I want to use this practical experience of Athena successes to support all our departments. END_OF_DOCUMENT_TOKEN_TO_BE_REPLACED

Waljit Dhillo, Professor in Endocrinology & Metabolism and Consultant Endocrinologist, has been awarded a prestigious National Institute for Health Research (NIHR) Research Professorship, in the 2015 competition.

NIHR Research Professorships aim to fund leaders in the early part of their careers to lead research, to promote effective translation of research (‘bench to bedside [T1] and ‘campus to clinic’ [T2]) and strengthen research leadership at the highest academic levels. NIHR Research Professorships are prestigious awards for researchers who have an outstanding record of clinical and applied health research, and its effective translation for improved health.

“Disorders of reproductive health affect millions of patients worldwide. The hormones kisspeptin and neurokinin B have recently been identified as potential novel targets for the treatment of infertility and menopausal flushing, respectively. My programme of work aims to develop novel treatment protocols based on kisspeptin and neurokinin B to treat patients with disorders of reproductive health.“ 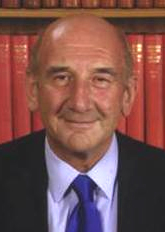 Professor Peter Barnes received an honorary doctorate from the University of Maastricht, Netherlands, on January 10th 2014.

As part of  Maastricht University’s celebration of  its 38th anniversary, or Dies Natalis, five ‘outstanding individuals’ – including Professor Barnes – received  honorary doctorates.  The event was marked, after two terms as vice-president of Maastricht Universit, by André Postema’s stepping down from its Executive Board, with a speech entitled ‘Maastricht University: a love story’. 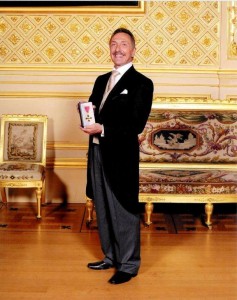 Professor John Warner, a consultant paediatrician at Imperial College Healthcare NHS Trust, was awarded his OBE at Windsor Castle on 22 November. Speaking at his Investiture, Professor Warner said he was honoured to receive the award.

“It was unexpected and unasked for. I feel very flattered and honoured that my research and the research of my team has been recognised in this way.”

Professor Warner has been involved in food allergy research over the past 25 years. His research has focused on the early life origins of asthma and related allergic and respiratory disorders. He is currently working on a programme to improve knowledge and co-ordinate the management of children with allergies in general practices, nurseries, schools and home.

President and Rector’s Awards and Medals 2013

Awards for Excellence in Teaching are presented annually to members of academic staff judged to have been most outstanding in the quality, organisation and presentation of their teaching. Of the award winners up to four may be selected to receive a President & Rector’s Medal for Outstanding Contribution to Teaching Excellence.

There were a total of 8 recipients from the Faculty of Medicine, listed below.

A President & Rector’s Medal for Excellence in Research Supervision is awarded to:

President & Rector’s Award for Excellence in Supporting the Student Experience:

View a full list of recipients of President and Rector’s Awards and Medals.

Read President and Rector’s Awards and Medals 2013 in full

Two murals which were removed during refurbishment work in 2003 have been finally reinstalled in the entrance lobby of St Mary’s Medical School Building. They were unveiled by Dermot Kelleher, Dean of the Faculty of Medicine, at a ceremony at St Mary’s on June 11th, 2013.

One, by Faye Carey who was the creator of several art works in London hospitals, celebrates the work of four distinguished scientists who had worked at St Mary’s : Augustus Waller, Almroth Wright, Alexander Fleming and Rodney Porter. This mural was originally unveiled on 12th October, 1992 by Sir Roger de Grey, then the president of the Royal College of Arts.

The other, by the distinguished artist, Jacqueline Rizvi, shows the sporting and cultural activities of the St Mary’s student body. This was originally unveiled on the 27th April, 1993 by the Right Honourable Christopher Chataway M.P. who had been a world record breaking athlete and a pacemaker during Sir Roger Bannister’s first sub four minute mile in 1954. Sir Roger, then a consultant neurologist at St Mary’s was also present at that original ceremony.

Also present on June 11th was Emeritus Professor Leslie Brent. As chairman of the St Mary’s Art Committee in 1990 Professor Brent had raised £45,000 to pay for the murals from several sponsors : the Royal Academy of Arts, the Foundation for Sport and the Arts and the Edward Austen Abbey Memorial Trust Fund for Mural Painting in Great Britain.

During the ten years since the murals’ removal to storage Professor Brent has worked tirelessly to have them restored, with unfailing support from Anne Barrett, Imperial College Archivist and Corporate Records Manager, and from Tim Orson, specialist art restorer.

Dermot Kelleher described the genesis and history of the murals and paid tribute to those who had worked so hard to restore them to their rightful place. He believed the depicted achievements which had inspired the artists would continue to be an inspiration to today’s and future medical students. Tim Orson then described the technicalities of the restoration and said it had been a privilege to work with such rare and beautiful materials.