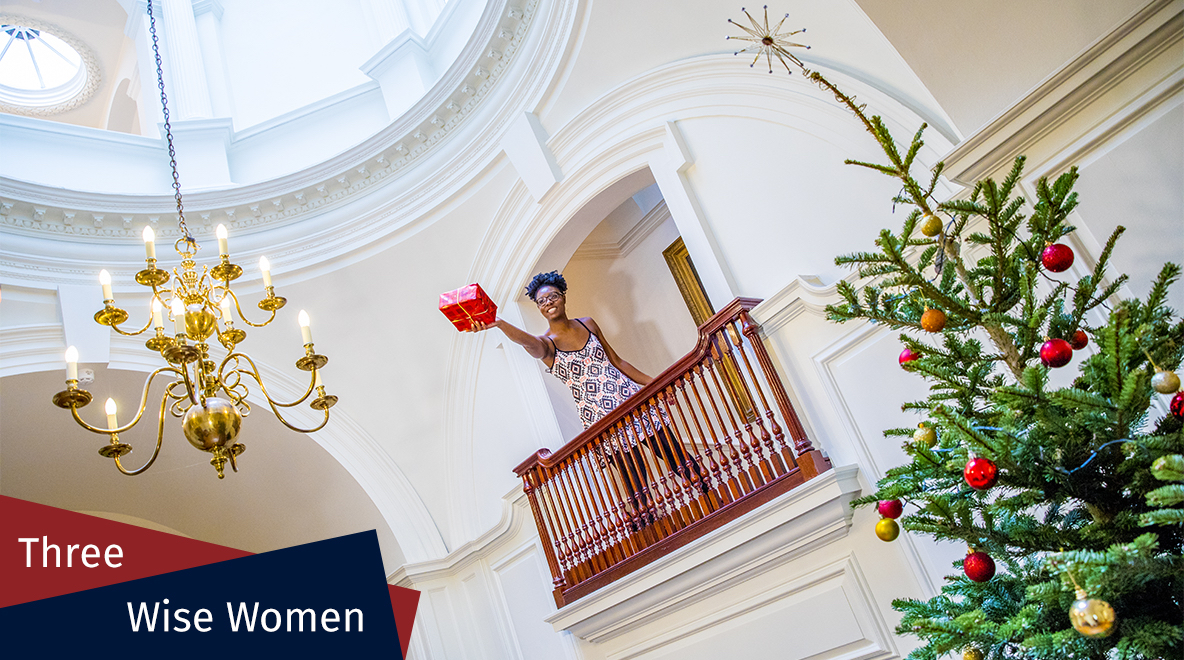 This festive period Three Wise Women from the Faculty of Medicine will be giving us the gift of their wisdom.

Our first wise woman, Dr Faith Uwadiae, highlighted success stories of Black scientists on her Twitter account every day throughout Black History Month 2018. In this post, she tells us what led to her taking action.

I have been in the university academic system for almost a decade and in this time I have interacted with very few Black scientists. I have met a handful of Black PhD students and research assistants or technicians, one postdoctoral scientist, but sadly I’ve never been lectured by a Black scientist. When I attend scientific conferences or events I am frequently one of the few Black people in the room and often the only Black woman. In fact, Black professors are heavily underrepresented making up just 0.6% of UK professors, of which only 25 are Black female professors. Sadly, when people think about a scientist they don’t picture someone like me, i.e. Black, female and young, and instead default to the White, male and old archetype.

Scientists are much more diverse and I wanted to learn more about the stories of people like me.

Despite the statistics for Black people in Science, Technology, Engineering and Maths (STEM) being downright depressing, we do still achieve and thrive in this system, but sadly we are not celebrated. To learn more myself I started reading about Black scientists, clinicians and inventors from around the world and began to uncover all these amazing untold stories. Given that Black History Month was around the corner I decided to share my new knowledge every day during the month. I began on day 1 with Alice Ball, an African American chemist who was able to create an effective treatment for leprosy. As an immunologist I highlighted people from my field, such as Dr David Palmer and Professor Faith Osier. However my tweets extended to other disciplines, including the astronaut Mae Jemison, the mathematicians, Katherine Johnson and Dr Nira Chamberlain, the inventors Marie Van Brittan Brown and Lonnie Johnson and the clinicians, Professor Elizabeth Aninonwu and Dr Denis Mukwege.

As a black female scientist living in the UK I feel that we do not learn enough about the contributions that black people have made. Everyday during black history month I will be highlighting the story of a famous black scientist, clinician or inventor. #blackhistorymonth

The response on Twitter was an overwhelming “TELL ME MORE”. Each tweet was heavily retweeted and reached a wider audience than I originally anticipated. I received many tweets of encouragement and suggestions of people to feature, letting me know the breadth of success within my community that is often overlooked. I learnt about Black accomplishments here at Imperial such as the geologist, Professor Christopher Jackson and the engineer Dr Sunday Popo-Ola, which really should not have been so hard to find.

Black scientists are clearly underrepresented but do exist and we need to hear more about them. 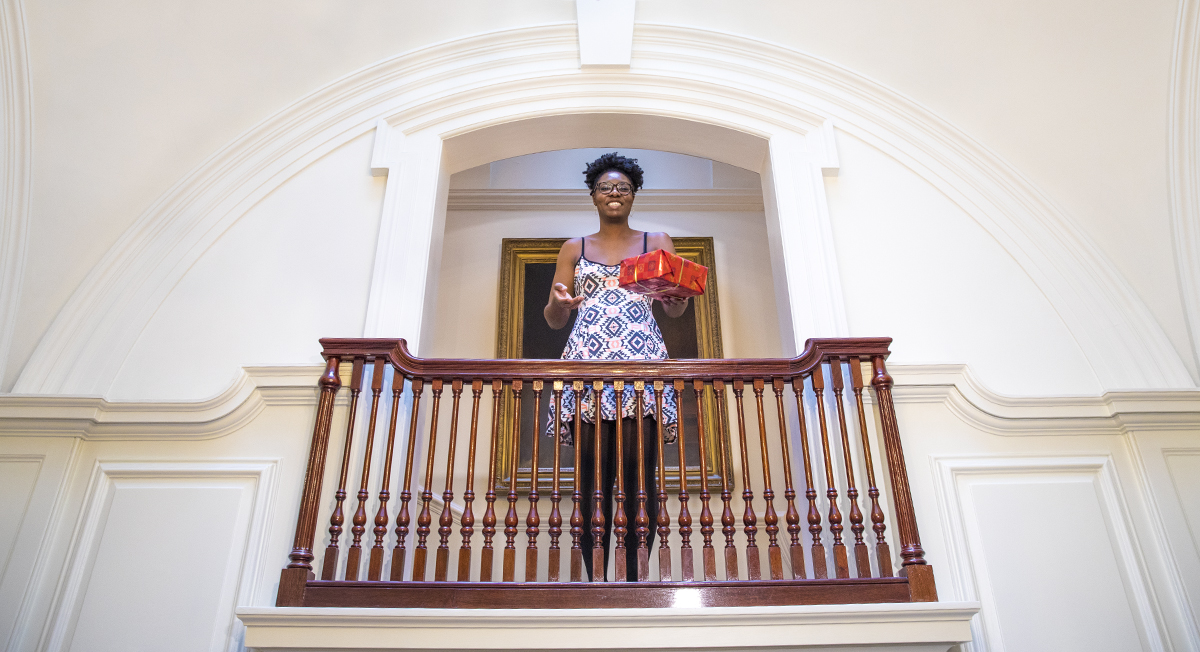 Why are there so few Black scientists?

This is such a complex question that I often ask myself, and in my opinion, there are multiple issues. To begin with representation and lack of role models is a real problem. Young people can only aspire to become what they see; young Black boys telling me they want to be footballers and musicians is not because these are the only ‘cool careers’ but because these are the areas where Black people are heavily represented and celebrated. We need to celebrate Black scientists ‘killing it’ it in their fields in the same way to inspire the next generation, thereby empowering more students to apply to top institutions like Imperial because it is a place where people like them belong.

Sadly, even when a Black student makes it through the door, a major barrier is that the UK university environment – in particular Russell Group universities – are overwhelmingly White and middle class. This can be extremely hard to navigate as a young Black student and universities have a long way to go to create a more inclusive environment.

Lastly, as you progress through the academic system to postgraduate study and move up the career ladder, you find that Black scientists are more likely to: be in employed in junior role; be on fixed term rather than permanent contracts; paid less; and leave at a more rapid rate than their White counterparts. In fact, for three consecutive years; between 2013-2016, no Black academic was employed as a manager, director and senior official at any UK university.

Reasons such as unconscious bias and straight up discrimination have a lot to play here but are rarely discussed.

What needs to change?

Diversity and inclusion are critical to bringing real change to academia. A commonly heard phrase is that diversity gets people through the door, while inclusion lets them stay. The running joke in my lab has always been that if there is a photo shoot from a funding body or charity to feature scientists I always make the cut because I tick all the diversity boxes; Black, female and cool (I hope)! As much as I enjoy being an advert for science, this is really tokenism, similar to being the one Black character in the horror film that always dies first.

We need to strive for true diversity rather than pretending that we have already achieved it.

Increasing Black scientific representation within the university system is good for aspiring scientists and also for science itself. For example, I recently heard a talk at the Royal Institution where Dr Sergun Fatumo noted that the majority of Genome-wide association studies (GWAS) have been performed with participants from White European descent. He performed a GWAS looking at diabetes risk using African Cohorts and found hits that had previously been missed. Given that GWAS are directing scientific knowledge and are the future of precision medicine, surely we want to create a system that benefits as many people as possible.

We must remember that diversity also brings a diversity of thoughts and ideas.

Some positive change so far

Universities are now starting to take diversity and inclusion much more seriously and the introduction of the Race Equality Charter will hopefully lead to changes that can help improve the situation for the next generation. Black scientists at Imperial such as Dr Sunday Popo-Ola are leading initiatives that encourage more students from Black and minority ethnic backgrounds to apply to top universities and to take STEM subjects. Looking behind me, I can see more and more Black PhD students every year which is a fantastic change. But I look forward to accelerated change because as wonderful as it is to hear every now again about the appointment of the first Black professor in a field, I am excited for a future where there are no more firsts and Black scientists are no longer an exception or stand out affair but just a basic norm.

I can’t wait until I am no longer waiting for the First Nobel Prize in Science to be awarded to a Black person.

Dr Faith Uwadiae (@faith_uwadiae) has recently completed a PhD in immunology at the National Heart and Lung Institute and funded by the MRC & Asthma UK Centre for Allergic Mechanisms of Asthma. She will shortly take up a postdoctoral position at the Francis Crick Institute.