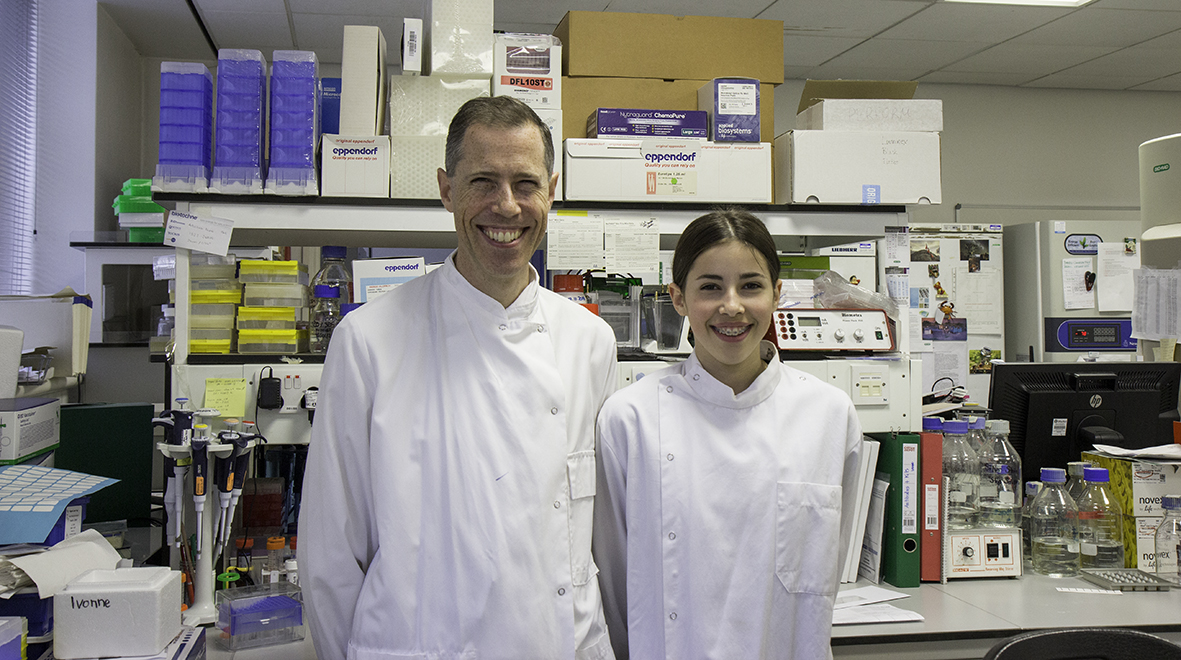 On World Malaria Day, Dr Aubrey Cunnington’s daughter spends the day at his lab to learn how his team’s research is contributing to tackling malaria.

25 April is a special day in my calendar this year for two reasons. First, it is World Malaria Day – a chance for malaria researchers and many others to unite to raise awareness of this dreadful disease which kills over 400,000 people every year. Second, it is “Take Your Daughter to Work Day” for my 13-year old’s school, and she has chosen to spend the day with me at Imperial College London. I’m flattered but I’m also worried, because she can be my harshest critic, and on World Malaria Day I want to convince her (and everyone else) that my research is making a difference against malaria.

So what will it take to impress my 13-year old daughter, and perhaps give her the confidence and inspiration for a career? Looking for help, I ask my research team how they would explain their work to a 13-year old. Despite worried expressions, they are all up for giving it a go. 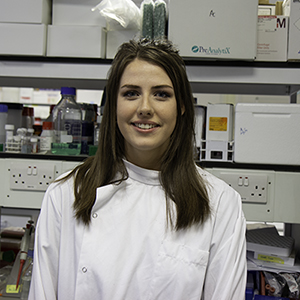 Sophie tries first. She’s an Immunology Master’s student, brimming with enthusiasm, and the newest addition to our team. Sophie is using special fluorescence microscopes to look at how malaria infection causes damage to the brain, lung and kidneys. When the human body tries to fight against malaria parasites some molecules are released from white blood cells which can damage human organs as well as the parasites. Sophie is looking at a molecule called Matrix Metallopeptidase 8 (MMP8 for short) which she thinks might be harmful and investigating whether it is found at the sites of organ damage.  If she’s right, she says “this could be the foundation for developing better treatments to stop people dying from malaria.” It’s early days but her results are already looking exciting, and with striking pictures showing the devastating effects malaria can have on body organs, it’s hard to imagine that my daughter won’t be impressed. 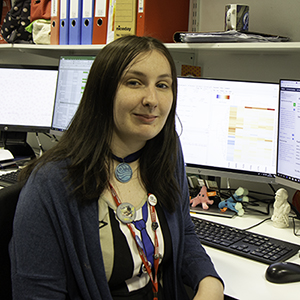 Next up, Claire explains her project. Claire is a sky-diving, comic-loving, hardcore computer whizz – also known as a bioinformatician. She has a PhD scholarship from the Engineering and Physical Sciences Research Council, which doesn’t sound like it should have any connection to malaria at all. And my daughter isn’t wildly enthusiastic about computers. Claire explains, “Most malaria deaths occur in children, but in fact malaria illness can range from mild symptoms to life threatening issues, sometimes progressing rapidly between them. We’d like to be able to predict whether a child will progress from mild to severe illness, so we know which patients benefit from the most intense treatment. I’m trying to find a way to predict a patient’s progress from the genes being turned on and off in their blood. It’s like making ‘maps’ of what their illness will be like in the future.” Claire can only do this by using high-performance computers to make millions of complex calculations on which the predictions are based. Hopefully my daughter will appreciate how hours spent learning coding can be transformed into an approach to save thousands of lives. 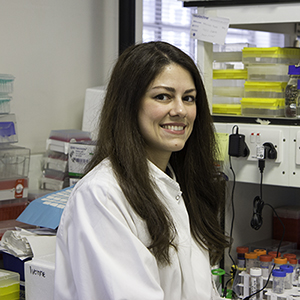 Finally it’s Athina’s turn. Athina has just received her PhD, and has used just about every piece of high-tech equipment in our labs over the last three years to study the parasites that cause malaria and the human body’s response to them. That in itself should impress a curious 13-year old, but then she begins with the staggering facts that motivate our work, “Malaria has killed about half of all the people that ever lived and has been around as long as human kind. Young children and pregnant women are particularly vulnerable”. Then she describes how we use cutting-edge “discovery science” approaches to look at tens of thousands molecules in the human blood and in the parasites causing malaria, to see which ones are most strongly associated with severe illness. Then the exciting part begins, “doing experiments to target specific molecules and find out if they really have a role in disease”. If they do, then they may be the key to new treatments to stop malaria in its tracks. This effort involves not just our group at Imperial, but research partnerships in The Gambia, Ghana, Malawi, and Australia.

I’m confident that these explanations will convince my daughter that we’re working hard to beat malaria, but I’m also hopeful she’ll see how exciting it can be to be part of a global research community with this common goal. I also hope she’ll be inspired by my amazing research team, currently all women, all bright, imaginative and committed to beating malaria.

Of course, having found out how great my team are, and what important work they do, she’ll want to know if I do anything worthwhile. Unfortunately, whatever I say, I’m pretty sure she’s already concluded that I sit around all day drinking coffee, checking emails and telling other people what to do – just like at home. 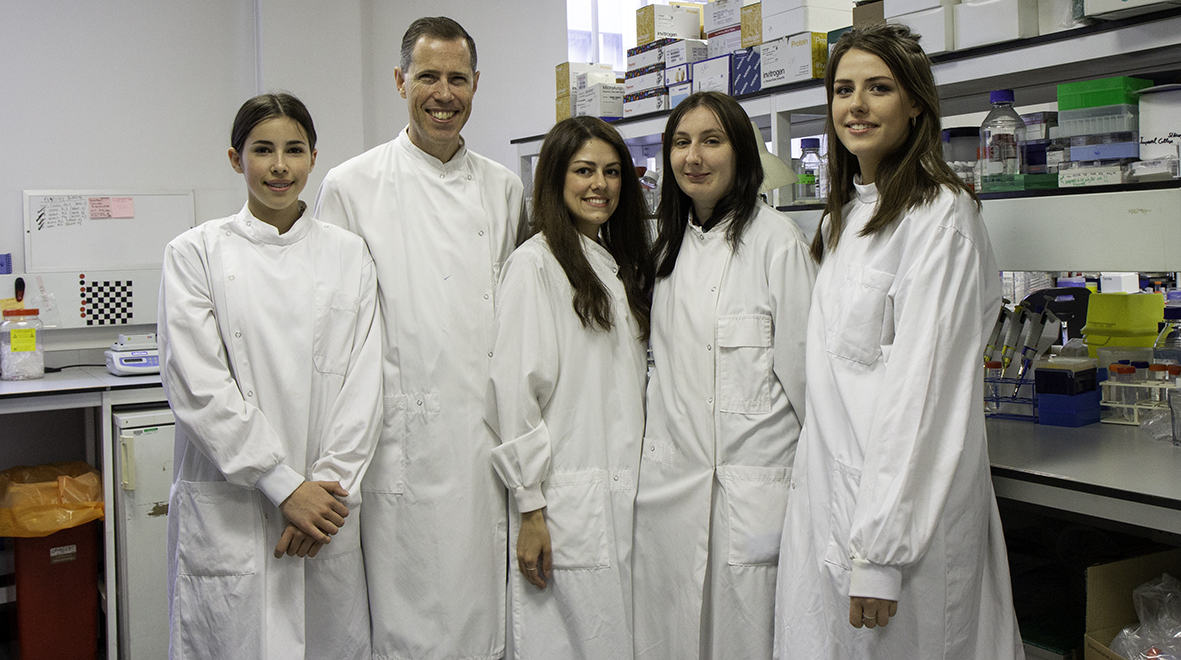 What did my daughter think of her day spent at Imperial?

Reflecting on the day, she said: “I had several take away points from my day spent at the lab. My Dad not only drinks coffee but also does fascinating research, much to my surprise. His colleagues are really friendly and smart. A real highlight was trying out some of the lab equipment.”