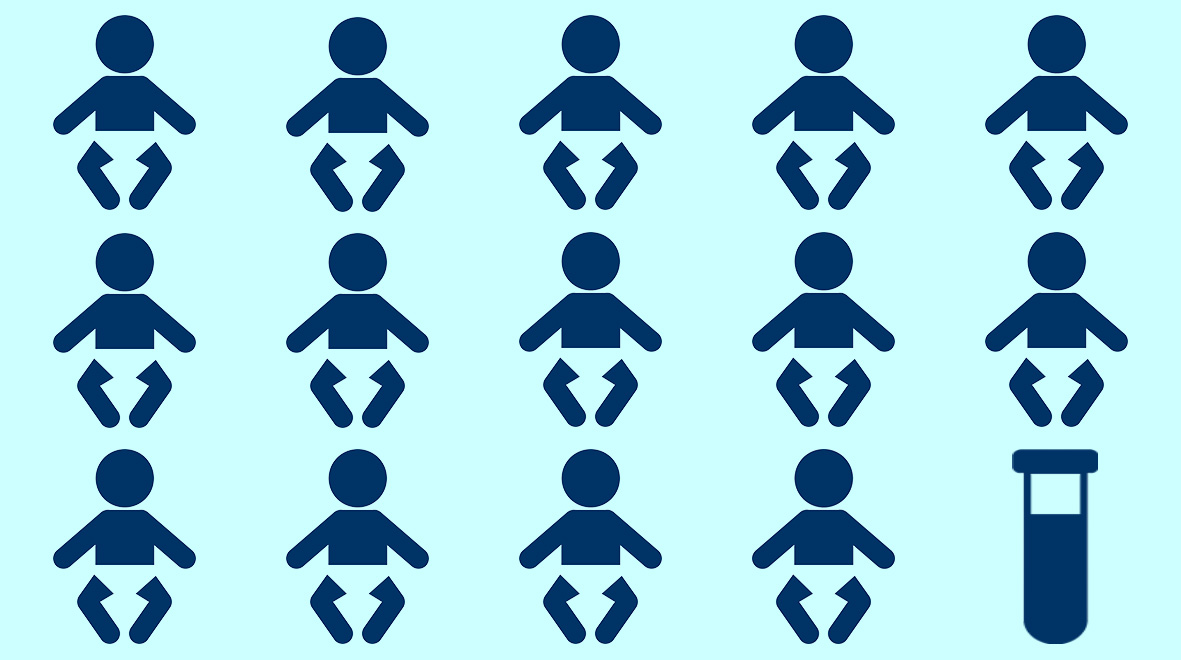 Dr Holly Jenkins provides an insight into her research looking at bacterial communities in the guts of preterm babies from analysing stool samples.

Every year in the UK, one in 13 babies are born prematurely. A premature birth is one that occurs before the 37th week of pregnancy. It is one of the leading causes of neonatal morbidity and mortality – that’s why research is extremely important. I decided I wanted to pursue a career in neonatal research because of the amazing clinical and scientific work that is helping improve the care and lives of babies born too soon.

From 2015 to 2018 I completed my PhD in Professor Neena Modi’s leading neonatal research team, based at Chelsea and Westminster Hospital.  The team is comprised of clinicians (doctors, nurses and midwives), scientists, statisticians and data analysts, all of which are researching different aspects of preterm and term births.

Some of the current research questions include:

My PhD project fell within the remits of early preterm development and I spent three years studying the functionality of the preterm gut. I focused largely on a group of enzymes known collectively as proteases. They help to break down proteins and are involved in various biological functions including digestion and cell signalling. These enzymes are of particular importance because it is believed that they can interact with the lining of the gut which contributes to a “leaky gut”. Having a leaky gut increases your risk of infection by allowing bacteria to cross the barrier.

I also studied how the bacterial communities in the gut change after birth. These communities, commonly known as the ‘microbiota’, play an important role in health e.g. in immune function and metabolism but can rapidly change in response to drugs, diet and the environment. Babies are exposed to antibiotics, tube feeding and the hospital, so it is important to monitor how these factors influence their microbiota.

What baby poo can tell us

To study the preterm gut, we make use of stool (poo) and so I established a prospective cohort study which would allow me to follow babies born before 32 weeks’ gestation. Over a one-year recruitment period I recruited 73 preterm babies. The neonatal nurses kindly worked hard in collecting daily stool samples which amassed to over 1600 samples(!) – I was quite literally known as the ‘poo lady’ by the clinical team!

By analysing ~350 stool samples I was able to show that proteases are present, and their activity increased with time. I also found that the number of bacteria in gut increases, becoming more diverse as babies started to properly feed. Together my work has provided the groundwork for continued research into the proteolytic and bacterial activities of the preterm gut.

My thanks to the parents

It was always my wish (and also a study requirement) to write a study update letter to the parents that took part in my research. I really believe patient involvement is key and having built up some lovely relationships in the Neonatal Unit I felt it was really important. Trying to strike a balance between scientific language and lay language is always difficult in research but under guidance of Neena I drafted a letter that told the story of what I found. We decided a one-page update with the main findings was most appropriate and included a picture of me presenting some data at the Society of Reproductive Investigation, Paris (2019). 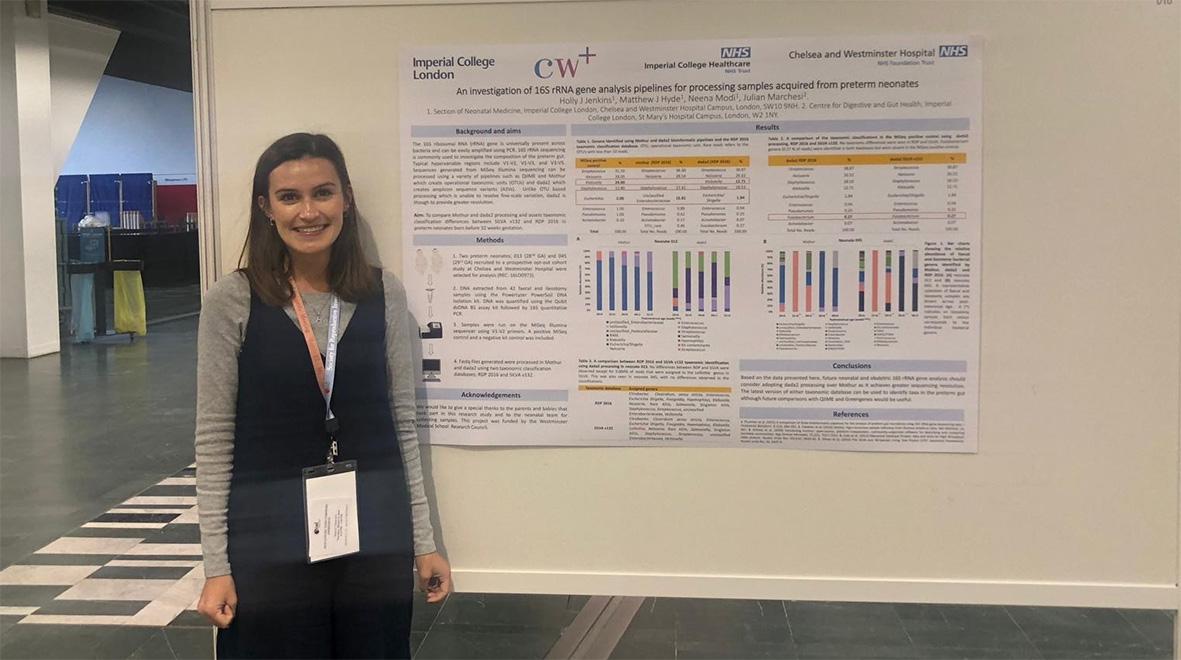 I never expected to get any responses from the letters but was completely overwhelmed by the pictures, updates and thank you messages I received over the coming weeks. Having had the opportunity to see these tiny babies grow in early life, it was an absolute joy to see them at two and three years of age. Despite leaving moving on from Imperial to the Preterm Birth Research Team at St Thomas’ Hospital, King’s College London, I am still very close with my colleagues. In the last few weeks we have drafted plans for further analysis of the remaining stool samples. It is hoped that this work increases our understanding of the metabolites in the preterm gut as well as aid in the identification of novel biomarkers.