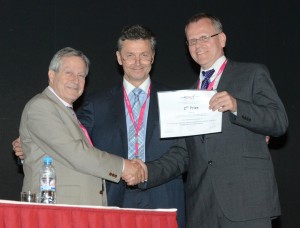 Mr Lattimer collected the award on behalf of his team at the EVF Annual Meeting in St. Petersburg, Russia, for their presentation; ‘Increasing thigh compression pressure correlates with a reduction in the venous drainage index of air plethysmography.’

This highly competitive award has provided a grant of £1,500 for Mr Lattimer to present his team’s work on venous drainage at the 2016 Annual Meeting of the American Venous Forum, to be held in Orlando, Florida, next February. This is acknowledged to be the most prestigious venous meeting globally. 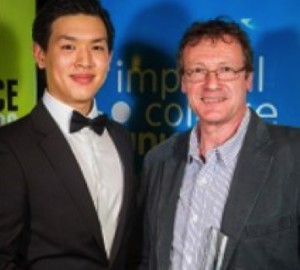 Professor Charlotte Bevan appointed to the Executive Committee of the BACR

Professor of Cancer Biology, Charlotte Bevan will take up the new role at the British Association for Cancer Research in the autumn of this year.

In July Simon Taylor-Robinson, Professor of Translation Medicine in the Department of Medicine, was elected to the Council of the Royal College of Physicians.

Dr Patel, a Clinical Lecturer in the Department of Surgery and Cancer, has been elected to the European Society of Intensive Care Medicine NEXT (Network of EXecptional Trainees) committee.

In June he was also awarded a 2015 American Thoracic Society abstract scholarship.