As part of their ongoing effort to support and nurture postdoctoral staff in the Department of Medicine, the Early Careers Committee (a subcommittee of the Development and Opportunities Committee) procured funding to enable postdoctoral research scientists and research fellows in groups without such funding to present their research at conferences. The Postdoctoral Travel Awards are open to all postdocs and academic research fellows in the Department of Medicine, particularly those who need assistance with extraordinary costs relating to caring responsibilities.

Numerous applications were received for the most recent deadline and after careful deliberation the committee decided to allocate funds to Drs David Hodson, James Cole and Jason Long. 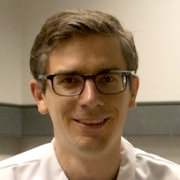 “The Postdoctoral Travel Award allowed me to attend the 75th Scientific Sessions of the American Diabetes Association in Boston USA, to which I was invited as a symposium speaker. This will be critical for my future career progression, since indicators of esteem such as this are important for obtaining grant funding and academic promotion.”

Gene variants in or close to the gene encoding ADCY5 are associated with an increased probability of developing type 2 diabetes, a socioeconomically-costly disease state. To better understand how this gene may influence insulin secretion in man, David and his group employed molecular biology techniques to silence ADCY5 expression specifically in human islets. Using these approaches, they were able to show that ADCY5 is indispensable for coupling glucose to insulin secretion in beta cells through generation of the signaling intermediaries cAMP and ATP. In addition, they also demonstrated that samples from human donors who harbor risk loci for ADCY5 present with lowered mRNA levels. Thus, ADCY5 variants in or near to ADCY5 are likely to impair gene expression, elevating type 2 diabetes risk. 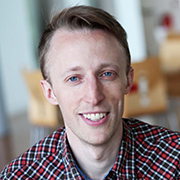 “The travel award allowed me to attend this year’s OHBM meeting, held in Honolulu, Hawaii. OHBM is the premier international conference for the field of neuroimaging, and thanks to the travel award, I was able to attend this meeting for the first time in my career. The meeting attracts the world leaders from across areas of research relating to neuroimaging, and it was an excellent experience to be able to see the latest developments in my field all showcased in one event. As well as the many senior neuroimaging scientists in attendance at OHBM, I was able to meet with a number of more junior researchers with common interests to me, allowing me to get a broader view on the type of work being conducted by people at my career stage.

The research I presented at the conference was an analysis from the EU project I work on, known as COBRA (ComorBidity in Relation to AIDS). The opportunity to present this work at OHBM 2015 was invaluable as I was able to get insightful feedback from a range of researchers in the field. Furthermore, there is an important HIV research group based at the University of Hawaii, led by Dr Linda Chang. I was able to meet with Dr Chang and her colleagues, display my findings to them and discuss potential future collaborations.

The advent of combination anti-retroviral therapy (cART) means that human immunodeficiency virus (HIV) infection is no longer a death sentence. For the first time, HIV-infected individuals are living into old age. Nevertheless, despite improved life expectancy, research conducted into groups of ageing HIV-infected people reports a concerning increase in the development of age-related diseases. Importantly this includes mild cognitive impairment, itself a key risk factor for dementia. As the number of older adults living with HIV increases globally, it is vital to understand what might underlie this increased risk of disease and cognitive decline.

James and his colleagues use magnetic resonance imaging (MRI) to measure brain structure and function in HIV-infected people. They then compare these brain measures with carefully selected uninfected people, with similar demographic and behavioural characteristics. Using structural MRI, they have accurately predicted chronological age in a large, separate group of 1500 healthy people, by employing a computational technique called ‘machine learning’. They then made predictions of age in a group of 134 HIV-infected people, aged between 45 and 78, by comparing their brain scans to this predetermined machine learning model. On average, HIV-infected individual’s brains were predicted to be two years older than their chronological age. The uninfected group did not show this ‘brain ageing’ effect.

This result indicates that, despite successful treatment with cART, individuals with HIV-infection have changes in brain structure that resemble those seen in normal ageing. Age itself is an important risk factor for cognitive decline and subsequent dementia. If there are ‘age-like’ alterations to brain structure due to HIV, these individuals may well have a higher risk of future health problems. Using this brain age model, they intend to further investigate which characteristics of HIV-infection may influence brain age, such as specific cART drugs, levels of residual HIV or behavioural and lifestyle factors. 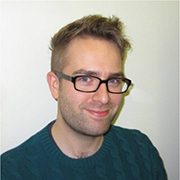 “We’ve recently come across a very interesting finding in the lab and are hoping to publish in a high impact journal soon. So we’re looking out for relevant conferences to go to in order to share this knowledge; it’s vital we let the field know about this and get collaborators on board. There’s never enough money for travelling, so receiving the PostDoctoral Travel Award really helps. In particular I’m using this award for a conference aimed at ‘younger’ scientists in the beginning stages of their careers, so I hope to benefit from being surrounded by others who are at a similar stage as I am, make connections and chat about options!”

Influenza (flu) viruses originate in wild birds, and have crossed over to human hosts in pandemic events after which they adapt and continue to circulate causing seasonal epidemics. In addition there are frequent dead-end jumps from bird viruses into humans, such as the current H5N1 situation in Egypt and H7N3 in China. Yet these viruses have not yet made that extra leap to become pandemics. This is because the virus needs to make several changes in its genes in order to adapt to humans, a hard task for a virus. One such change that Jason and his peers have researched is the change in the polymerase (this is the virus machine that copies its genes inside the cells of the host). For many years we have known that bird flu viruses mutate a gene in its polymerase that allows it to replicate in humans. But until now we have not understood why.

They took cells that were part mammalian and part avian. By looking to see if bird flu polymerase could or could not work in these cells, and comparing the genes between the different cells, they identified a chicken gene that bird flu polymerase can use in avian cells, but cannot use the human equivalent in human cells. This identifies the point at which the virus has to mutate in order to copy its genes and adapt to humans. This finding is very important for the development of antivirals against the flu polymerase, as well as understanding which bird flus may be able to make the jump from birds to humans.