Professor Irene Miguel-Aliaga, group head at the MRC LMS, has been elected a member of the European Molecular Biology Organisation (EMBO). “This is a highlight of my career and I’m really pleased,” she said. In further EMBO-related success, Alessandro Mineo a postdoc in Miguel-Aliaga’s lab, has been awarded an EMBO Long Term Fellowship – to find out more about changes in the gut during pregnancy.

A hat trick of success for cancer researcher

It has been one success after another for PhD student Holly Newton of the MRC London Institute of Medical Sciences (MRC LMS) recently. First, Newton won a travel grant to attend a conference in Japan. Once there she won the poster competition. On returning home she presented her poster at the LMS retreat, and again scooped the institute’s “Rosa Beddington” poster prize.

James Ware of the MRC LMS has won an Early Career Award from the British Cardiovascular Society for significant contributions to cardiovascular medicine. The award praises his clinical and research contributions. Ware  recently published a paper on the use of spider proteins from the tarantula to understand how certain inherited heart conditions occur. 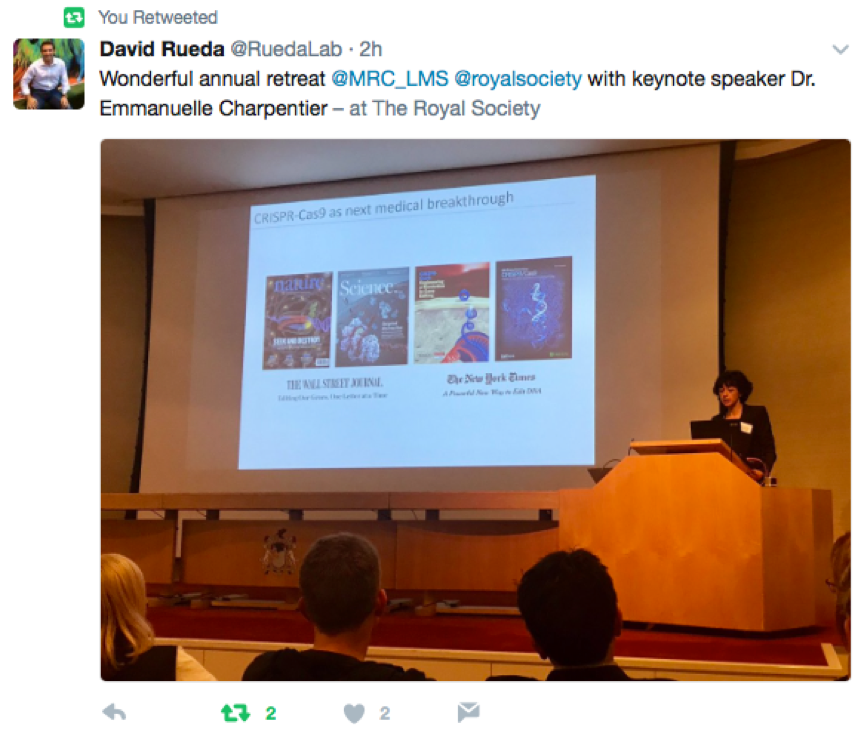