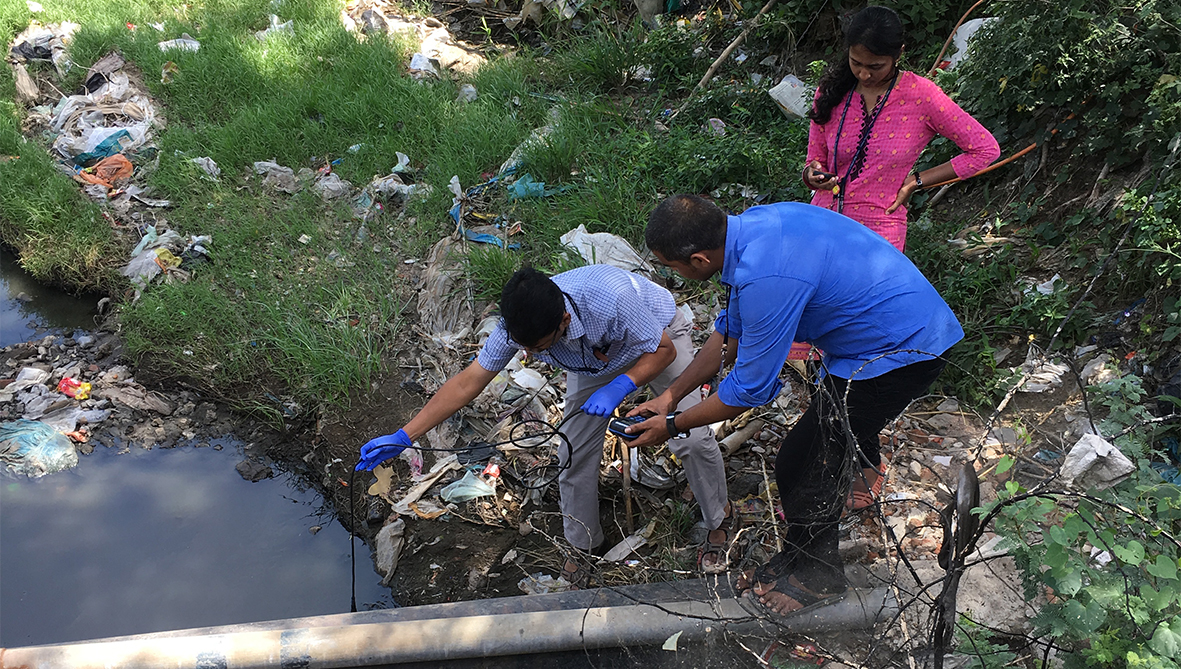 Such is the plight of the Global Polio Eradication Initiative. In 1988, the year the initiative was launched, polio paralysed an estimated 350,000 people worldwide – roughly 1,000 each day. Over the last three decades, a globally coordinated vaccination campaign has fought the disease back to a few remaining refuges in Afghanistan, Pakistan, and Nigeria. In 2017, wild poliovirus has caused just 12 cases so far.

As we mark the fifth annual World Polio Day, the finish line of the eradication marathon is firmly in sight, but getting there will be a tough climb.

Why has polio proven so hard to vanquish? First and foremost, the disease’s final strongholds are regions of immense political unrest, and news of deadly attacks against vaccination workers are all too familiar. Every step towards polio’s eradication is one that requires those at the front line to put their lives at risk.

Compounding this are a wide range of biological obstacles. Polio is a stealthy adversary, causing symptoms only once in every 200 infections. Any cases we see are only the tip of the iceberg – a problematic scenario when eradication is on the agenda.

There are also several key weaknesses to one of our main weapons against polio – the oral poliovirus vaccine (OPV). The vaccine is less effective in impoverished countries where it is needed most, meaning more doses are needed to halt the spread of polio. On very rare occasions, the vaccine virus can also revert to a form that is capable of causing paralysis. To remove the risk of vaccine-derived cases, eventually we need to stop using OPV – the very vaccine that has brought us to the brink of eradication. The global introduction of the injected polio vaccine, almost complete, sets the scene for this transition.

At Imperial’s Vaccine Epidemiology Research Group, our research supports the polio eradication initiative in a number of ways.

For several years, Professor Nick Grassly and I have been working with researchers at the Christian Medical College in Vellore, India, to identify why OPV is less effective in low-income countries. We have looked at a wide array of factors: intestinal bacteria and viruses, breastfeeding, growth, sex, demography, and others. Increasingly, we have exploited advances in genetic sequencing methods to examine the complex community of microorganisms that make up the gut microbiome.

The picture is complex, but certain patterns are becoming clear. For example, infants infected with enteroviruses (a group of viruses that are related to polio) at the time of vaccination are much less likely to respond to OPV. We are now trying to decipher the changes in the infant immune system that might be responsible for this.

Dr Isobel Blake is a Research Fellow working on the environmental surveillance of poliovirus. Because polio can spread from person to person without causing symptoms, the absence of cases is not a reliable indicator of whether the virus has truly disappeared. With this in mind, there has been a swift increase in the testing of sewage samples for polioviruses over the last few years. Isobel uses surveillance data analysis and mathematical models to answer a number of questions: where are the best locations to test for polioviruses? How sensitive is environmental surveillance for detecting polio transmission? And what is the best way to respond if polio is detected?

Other work by Dr Margarita Pons-Salort has used mathematical models of polio to understand how the risk of vaccine-derived outbreaks can be minimised during the process of withdrawing OPV. Meanwhile, Natalia Molodecky has focused on identifying the factors that contribute to the persistence of polio in high-risk settings such as Pakistan. Their findings have been used by the World Health Organization to help plan optimal vaccination strategies.

We can only hope that these efforts will help eliminate polio once and for all. The global eradication campaign has been a long and difficult one, with many set back along the way. But the finish line is in sight.

Dr Edward Parker is a Research Associate in the Department of Infectious Disease Epidemiology in Imperial’s School of Public Health. His work focuses on the causes of impaired oral vaccine performance in low-income countries, with an emphasis on the potential contribution of the gut microbiome to this phenomenon.
Edward’s research is funded by the Medical Research Council.