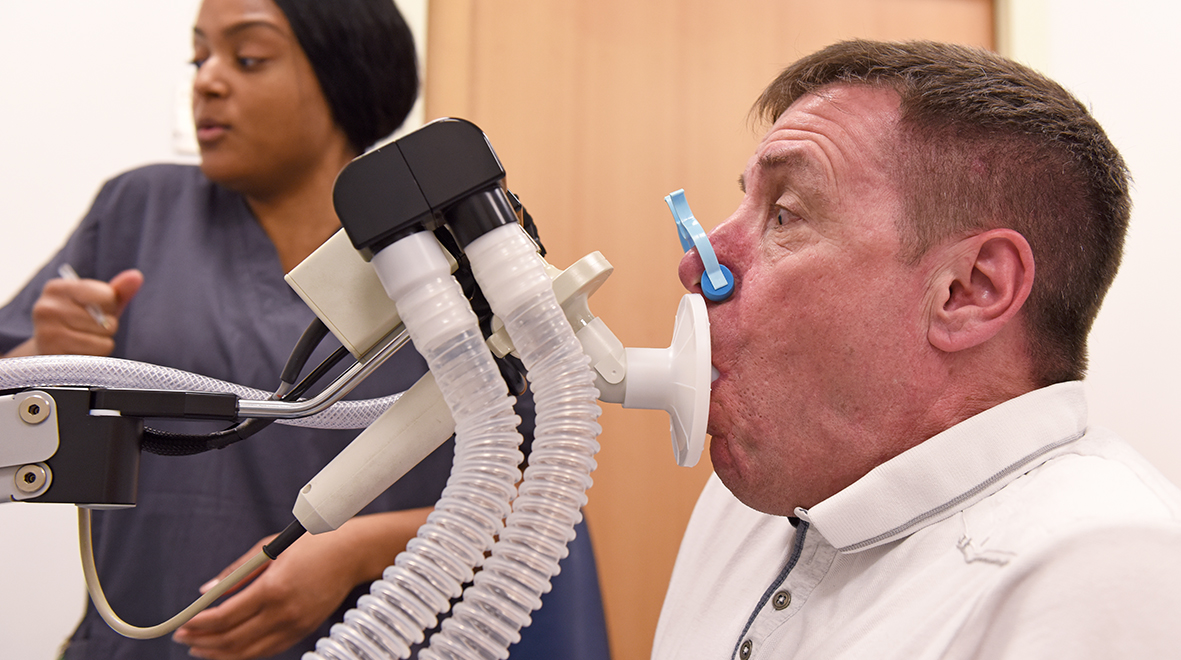 COPD, chronic obstructive pulmonary disease, has traditionally been thought of as an irreversible and somewhat hopeless condition. Many patients with COPD may be missing out on the possibility for a dramatic improvement in their condition. They deserve better.

COPD, is a common and important condition. There are 1.3 million people with a diagnosis of COPD in the UK and it’s now the third leading cause of death worldwide. The main symptoms are breathlessness, cough and sputum production.

The term COPD encompasses a range of pathological processes, usually caused by smoking or inhaling other noxious materials. It includes chronic bronchitis – inflammation and damage to airways as well as emphysema – destruction of the lung tissue itself and damage to the blood vessels in the lung. In emphysema the walls of the alveoli (air sacs) break down. The lung tissue loses its elasticity and becomes baggy, and air gets trapped in the lungs making breathing uncomfortable. In some people the condition is caused by alpha one antitrypsin (A1AT) deficiency; the inherited lack of a defensive enzyme, which makes their lungs much more vulnerable.

There are treatments including inhaled medication, pulmonary rehabilitation and flu vaccination, and for people who continue to smoke, smoking cessation is the most effective. Despite the best standard care the condition is progressive and conventional treatments cannot so far reverse the underlying process.

Some patients have a pattern of emphysema where one area is particularly badly affected. Removing this area of lung, either by lung volume reduction surgery or by placing valves into the airways internally via a fibre-optic bronchoscope to block it off so it collapses, can dramatically improve symptoms in what is otherwise a relentlessly progressive condition. This is because the remaining lung is able to function better without baggy emphysematous lung getting in the way. The person can breathe at a more comfortable lung volume where the respiratory muscles work more efficiently.

Lung volume reduction surgery was first proposed in the 1950s, but at that time surgical techniques were not sufficiently advanced. It was rediscovered in the 1990s and a large US trial, the NETT study, showed that in appropriately selected patients it improved survival, exercise capacity and symptoms. Surgical techniques and outcomes have improved further since then.

Despite this, very few procedures are carried out. This is partly because doctors over-estimate the risks, are uncertain about who to refer and are not sure where and how to refer them. Selecting the right patients is important – there are probably about 20,000 people suitable for the procedure in the UK: 1-2% of the total. Suitability depends on the pattern of emphysema, the results of lung function tests and the person’s overall condition. This needs to be ‘bad enough’ to be worth taking a risk but not so bad that it is unsafe to do anything.

A typical lung volume reduction patient might be able to walk 50 to 100m before they have to stop and have lung function test results reduced to between 30 and 50% of normal. Unfortunately many patients in the UK are only referred for specialty care when they have very severe disease – for example able to walk only a short distance indoors – by which time it may be too late.

In parallel with surgery, patients can also be assessed for bronchoscopic therapies such as endobronchial valve placement. These have similar suitability criteria. Work since our first case series published in 2003 suggests shows that they can improve symptoms and exercise capacity and probably confer a survival advantage. 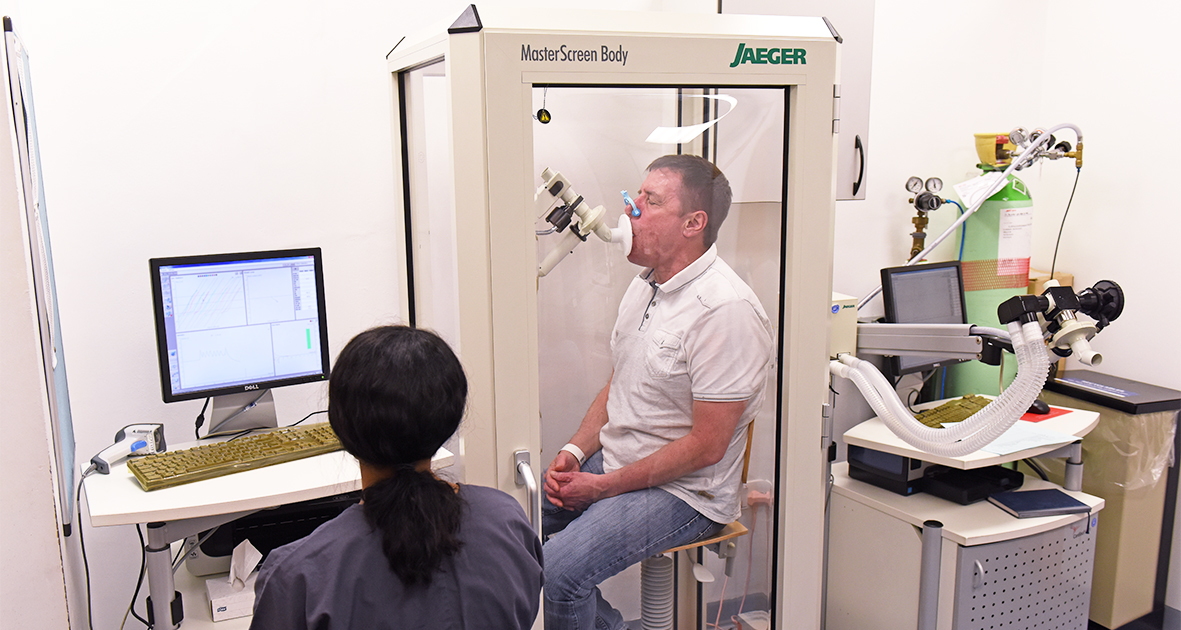 The CELEB trial, a multicentre study with sites including Royal Brompton Hospital and St Bartholomew’s, as well as Glenfield Hospital in Leicester, is now underway, comparing valve placement and surgery directly. The UKLVR study is a British Lung Foundation funded project to develop a national Lung Volume Reduction Register, establishing a collaborative network.

All COPD patients who are limited by breathlessness – if they’re unable to walk as fast as other people their age – should take part in pulmonary rehabilitation: a supervised programme of exercise, training and education. At the end of this course, if they are still limited, the possibility of a lung volume reduction intervention should be considered.

Dr Nicholas Hopkinson is a Reader in Respiratory Medicine at Imperial’s National Heart and Lung Institute (NHLI) and an Honorary Consultant Chest Physician at The Royal Brompton Hospital.