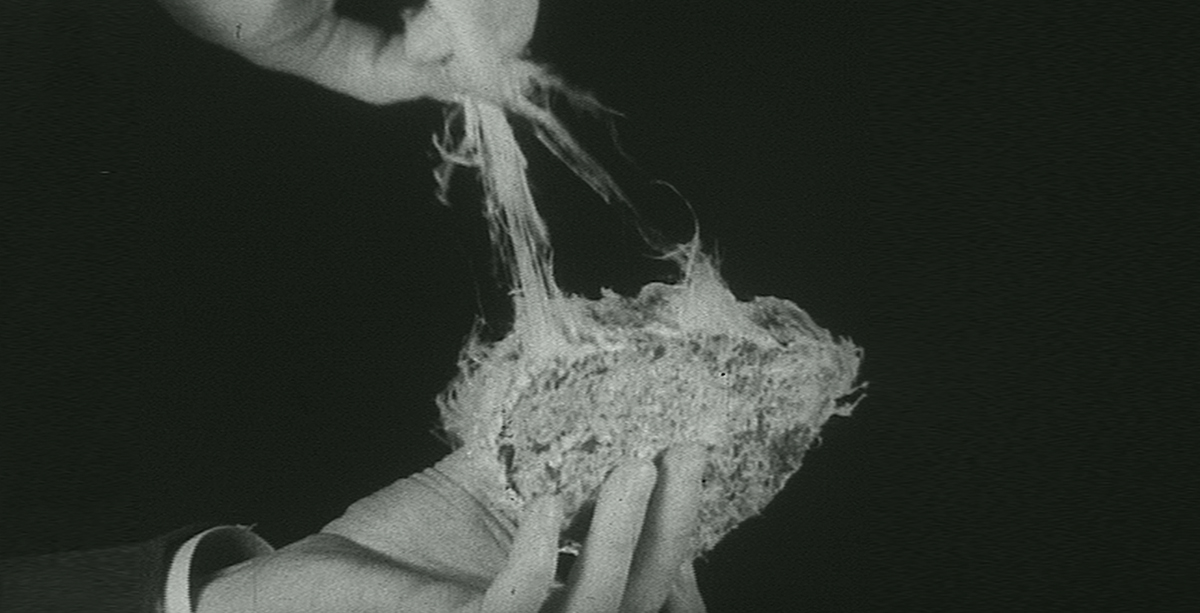 An eye-opening account by Professor Sir Tony Newman Taylor on how asbestos has gone from ‘magic mineral’ to deadly dust that can cause mesothelioma.

Public awareness of the hazards of asbestos can be dated to the period immediately following the death of Nellie Kershaw aged 33 in 1924.  She had worked during the previous seven years in a textile factory spinning asbestos fibre into yarn. She died of severe fibrosis of the lungs. The pathologist, William Cooke, who found retained asbestos fibres in the lungs, called the cause of death asbestosis.  Nellie Kershaw was not the first case to be reported of lung fibrosis caused by asbestos. Montague Murray in 1899 had reported the case of a 33-year-old man who had worked for 14 years in an asbestos textile factory. He had died of fibrosis of the lungs which Montague Murray, also finding asbestos in the lungs, had attributed to inhaled asbestos fibres.  The patient had told Murray he was the only survivor from ten others who had worked in his workshop.

However, unlike the Montague Murray case, which had aroused little interest, the death of Nellie Kershaw and its cause was widely reported. It led to the government commissioning the Chief Inspector of Factories, Edward Merewether, with an engineer, Charles Price, to report on workers’ health in the asbestos industry. They found, among those still at work who had been employed for more than five years, one third had asbestosis and of those still working in the factory after 20 years, four-fifths had the disease.

The government introduced regulations in 1931 to control exposure to asbestos, together with arrangements for regular medical surveillance of the workforce and eligibility for compensation for factory workers with asbestosis. A benefit commented on by the workers in one factory was a clock on the wall becoming visible to them for the first time. 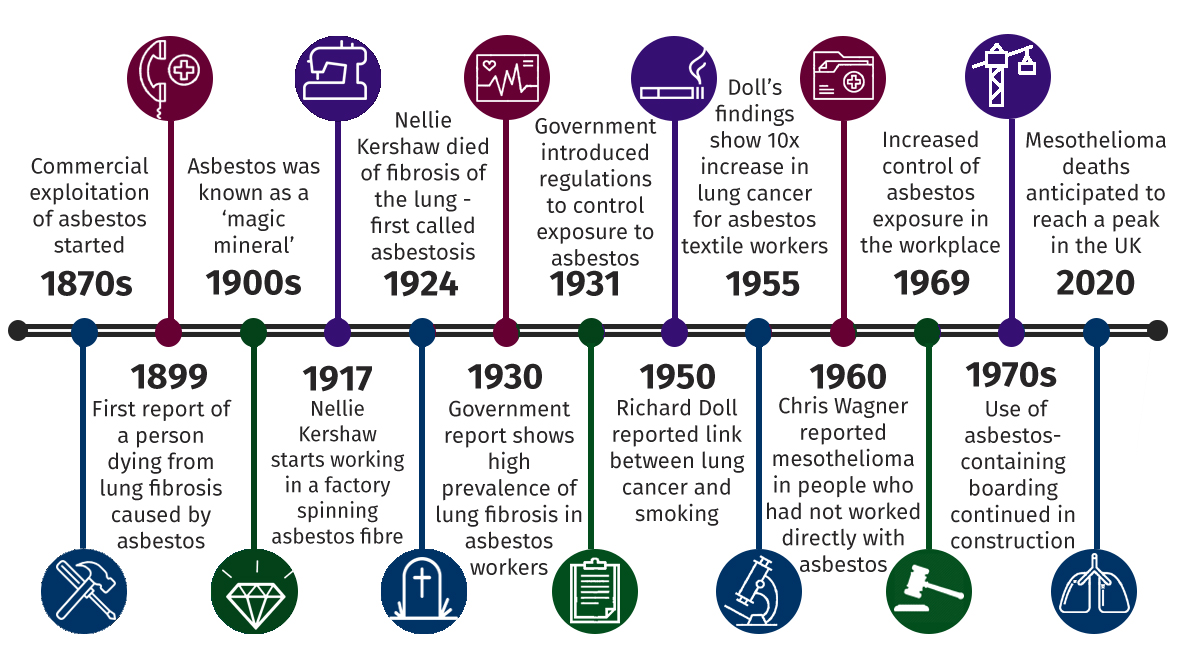 In the early 20th century asbestos was considered a ‘magic mineral’. The ancient Chinese called asbestos the ‘fire rinsed cloth’, recognising it could be woven and its resistance to high temperatures.  Its current commercial exploitation started in the late 19th century, with the development of steam-powered machinery, the generation of heat and the need for insulation and fireproofing, leading to it becoming widely used on ships, steam engines and in power generating plants.

Following the 1931 Regulations in the UK, the uses of asbestos continued to widen, particularly during and after the War years. In the early 1950s Richard Doll, who had reported on the link between lung cancer and cigarette smoking in 1950, was approached by John Knox; the medical officer at the factory which had employed Nellie Kershaw, concerned that he was seeing more cases of lung cancer in the workforce than he would have expected. Doll compared the death rate of those who had worked with asbestos in the factory, with what would be expected in men of the same age in the UK. He found those employed in the factory were some ten times more likely to have died from lung cancer.  Against considerable opposition from the factory management, Doll published his findings in 1955. The company took some comfort from the fact that the increased death rate had occurred in men first employed for some ten years before the 1931 Regulations.

However, five years later, in 1960, Chris Wagner reported 33 cases of mesothelioma, a cancer that most commonly affects the linings of the lung, pleura and less commonly the lining of the abdomen (peritoneum). The presentation of which was linked in all but one case to exposure to crocidolite (blue) asbestos mining in South Africa at least 20 or more years earlier.  Of particular importance, 18 cases – the majority – had not worked directly with asbestos in the mines or in insulation work, but had only been exposed in the neighbourhood of the mines. This capacity of asbestos to cause mesothelioma at low levels of exposure was confirmed in a case-control study of mesothelioma deaths using the pathology records of the London Hospital. A greater proportion of cases than controls had been employed in the local asbestos factory, had worked with asbestos or had lived in the same house as an asbestos worker.  Of those without occupational or domestic exposure to asbestos, nearly one third had lived within half a mile of the asbestos factory.

The risk of mesothelioma from neighbourhood exposure spelt the eventual death of the asbestos industry in the UK. No level of exposure above background could be regarded as safe. But the death throes have been prolonged. While increased control of asbestos exposure in recognised places of work followed further regulations in 1969, the widespread use of asbestos-containing boarding continued unrecognised and unregulated in the construction industry during the 1970s, leading to the current epidemic of mesothelioma deaths in the UK. The epidemic is anticipated to reach a peak in 2020 of some 2,500 mesothelioma deaths (with an estimated equal number of lung cancer deaths and a further 500 cases of asbestosis) occurring primarily in carpenters, who had sawed and drilled asbestos boarding, joiners, plumbers and electricians.

The incidence of mesothelioma in the UK is considered the highest in the world, followed by the rates in Holland and Australia. All forms of asbestos are now banned from import and use in the UK. However, because of the long latency of mesothelioma, an estimated 50-60,000 cases of mesothelioma will occur between 2020 and 2050 when the annual incidence will still be some 500 cases.

Meanwhile asbestos continues to be mined and used widely outside Europe and USA as a cheap effective material for insulation and fireproofing.

Professor Sir Tony Newman Taylor is Professor of Occupational and Environmental Medicine at Imperial’s National Heart & Lung Institute and a leading expert in occupational and environmental lung disease. He is also a member of the National Centre for Mesothelioma Research Management Group.

10 comments for “The Asbestos Story: a tale of public health and politics”