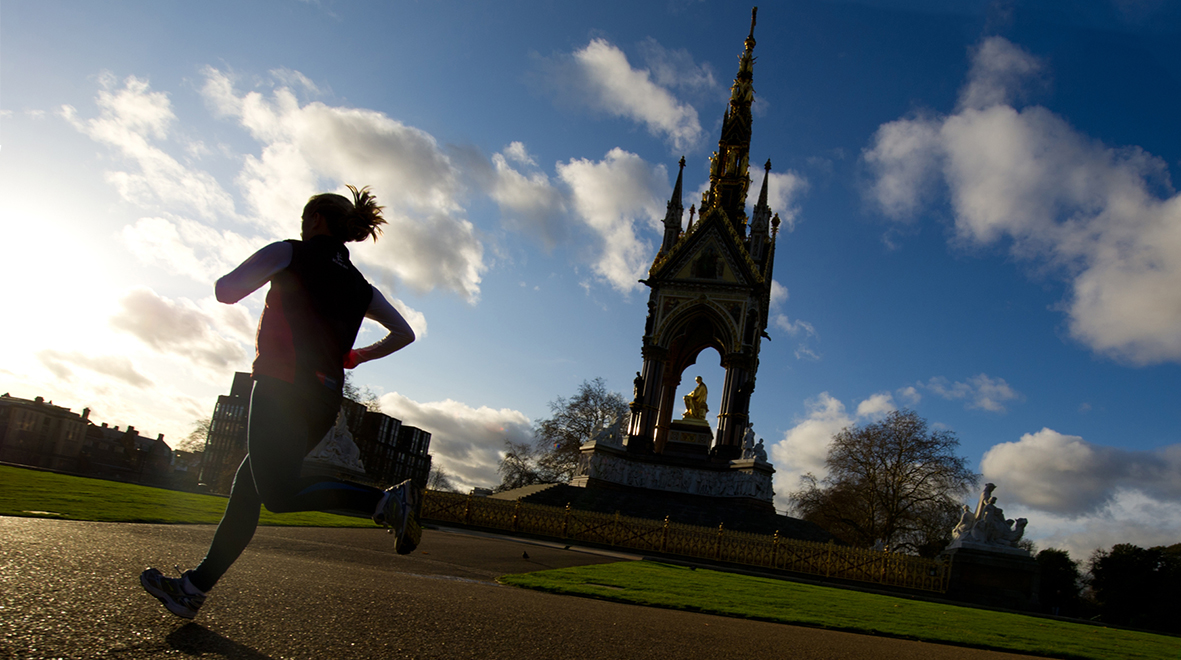 With London’s biggest running event of the year upon us, sport-expert Tim Grove gives a low down on the benefits of running for a healthy heart.

Is physical activity good for us?

London Marathon – the biggest sporting spectacle of the year – is fast approaching. This Sunday will see over 40,000 runners take part in the gruelling 26.2-mile course starting at Blackheath and finishing in front of Buckingham Palace. The event is highly televised with elite runners, celebrities, politicians and fundraisers all taking part together. The London Marathon has gained popularity since its inception in 1981 and has raised over £450 million for charity, making it the world’s largest annual fundraising event. With its high media profile, the London Marathon certainly sparks the enthusiasm of the general public with many taking to streets in the bid to train for next year’s event or for shorter distance races.

Such efforts should be encouraged in the population as individuals achieving 150 minutes per week of moderately intense physical activity or 75 minutes per week of vigorous intensity physical activity can reduce their cardiovascular disease (CVD) risk by 35%. This well-established benefit has been derived from multiple studies and reports dating back to Greek Antiquity and in particular, the Physician Hippocrates 5th BC quoted that:

“All parts of the body, if used in moderation and exercised in labors to which each is accustomed, become thereby healthy and well developed and age slowly; but if they are unused and left idle, they become liable to disease, defective in growth and age quickly.”

Following on from Hippocrates, William Heberden in 1768 documented that his patient had nearly cured himself of his angina symptoms by sawing wood for half an hour per day. However, it wasn’t until the 1950’s that modern-day research entertained the notion that CVD is attributed to physical inactivity. This notion was first described by Professor Jerry Morris and colleagues who compared the death rates of physically active London transport workers to their sedentary counterparts. In their study, Professor Morris noted that bus drivers were nearly twice as likely to die from coronary heart disease (CHD) when compared to bus conductors who climbed over 750 steps per day, 11-days per fortnight.

Following this earlier work, recent research has turned its focus to the ‘dose-response’ (frequency, intensity and time) and the causal relationship between physical activity and CVD risk reduction. This relationship has been attributed to multiple biological and metabolic changes, which favourably alter the function and structure of the cells that line the surface of blood vessels (coronary endothelia), myocardial function and a number of established atherosclerotic risk factors. Risk factors which benefit from regular physical activity include a reduction in high blood pressure, high cholesterol, insulin resistance, high blood glucose, fat stored in internal organs, inflammatory markers and psychological factors.

Is physical activity bad for us?

In spite of the positive health benefits, historical evidence tells a different tale of the risks associated with prolonged physical activity. This was apparent in the death of Pheidippides the Greek messenger who died in 490 BC after running 26 miles from the battlefield of Marathon to Athens to announce the defeat of the Persians. In support of this legend, modern-day observational research has demonstrated a decline in mortality benefit in those expending >3,500 kcal per week (equivalent to running 1 hour 5 times per week at 6mph). Furthermore, the risk of sudden cardiac death during or after physical activity is at its greatest in individuals who have latent atherosclerotic disease, harbouring unknown genetic/congenital cardiac disease or in individuals who perform unaccustomed vigorous physical activity.

However, despite the apparent risks, in most cases the benefits of regular moderate-intensity physical activity (150 minutes per week) certainly outweigh the risks and even in those performing higher levels of exertion, the risk of sudden cardiac death is very low in the apparently healthy general population (1 in 82,645 to 1 in 300,000 athlete years). However, if you are thinking about competing in a long-distance race it would be wise to complete a readiness to exercise questionnaire. As with any form of exercise, start slowly and gradually build up your duration and frequency first before attempting the London Marathon!

Mr Tim Grove is a Senior Teaching Fellow in Physical Activity and Exercise at the National Heart and Lung Institute.

Further information and advice on running can be found on Runner’s World.