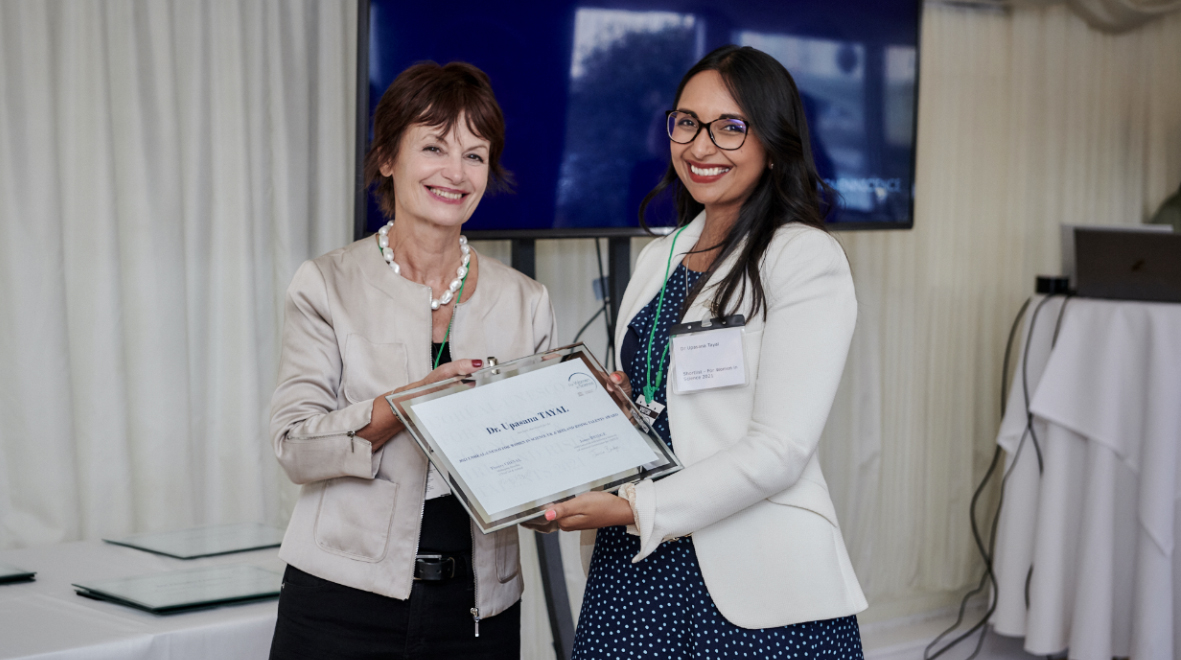 Dr Paz Tayal reflects on her experience in the L’Oréal-UNESCO For Women in Science Rising Talent Awards.

Do we even need an award for ‘Women in Science’? Shouldn’t there be a similar award for men in science? Well, depends on how you look at it, but you could argue all awards over the past 1000 years have been for ‘Men in Science’.

The L’Oréal-UNESCO For Women in Science Rising Talent Programme has promoted women in scientific research on a global scale since 1998. The L’Oréal-UNESCO UK and Ireland For Women in Science Programme offer awards from a partnership between L’Oréal-UNESCO UK & Ireland, the UK National Commission for UNESCO and the Irish National Commission for UNESCO, with the support of the Royal Society, to promote, enhance and encourage the contribution of women pursuing their research careers in the UK or Ireland.

I was Highly Commended in the Life Sciences category at this year’s awards. I was beyond excited and humbled to be considered for this award and the whole experience was incredible. It has also really made me think about women in science in a number of ways.

The awards day was really fun. Together with the other finalists and the Jury chair (Prof Anne Glover), we first spent the day at the Royal Society doing media training. Media training probably applies to life – know what you want to get across before you start, keep it simple, and get to the point quickly in case you get cut off! I had never been to the Royal Society before. Whilst enjoying our mock media interviews, it was not lost on us that the majority of the portraits of scientists we were surrounded by were of men. Science 1, Equity 0.

The reception at the House of Commons was a surreal experience. The managing director (MD) of L’Oréal and the Chiefs of UNESCO UK were super supportive of my science, my local MP congratulated me and I got some wonderful career/life/childcare advice from Cherie Blair! Each of the jury members also came to tell me how much they enjoyed my presentation and to talk about the science.

Cherie Blair’s advice really resonated with me. I was delighted to be able to bring my husband to the reception as my plus one. I am a mum and honestly, I can only do what I do – the juggle of work, life, everything – because he is so supportive and we work as a team. These early years as a new mum and an early career researcher are tough with many competing demands on your time, feelings of insecurity and not doing enough in either direction. The cost of childcare at this stage is astronomical and it feels like you’re paying for the privilege of going to work. It turns out, Cherie and my husband both have the same view on this – this early cost is an investment in your future career. Cherie said she struggled in her early years too but was able to get through thanks to the support of their nanny. Importantly, she said if she and Tony hadn’t done this (note, the togetherness here) then she likely wouldn’t have gone on to be a barrister, QC and the many other incredible roles she has held in her later career. This is the strongest piece of advice I’d give to other scientists in my position.

The other thing that stuck with me from the day is that visibility of female scientists is important and why initiatives such as the L’Oréal award have a major role to play. It’s commonly said, you can’t be what you can’t see. If we are to enthuse more women into STEM and medicine, then we need to highlight and celebrate amazing science done by scientists who also just happen to be female. Authority and expertise cannot only be seen to come from male voices. As the L’Oréal MD said in his address, only 14% of leadership positions in science are occupied by women. The recent Nobel awards do not hugely reflect the diversity in our scientific communities.  I’ve lost track of the number of ‘Manels’ I’ve seen at recent events. Why is this? Are women not doing science that is as good? No. Are women not able to access the same opportunities as their male counterparts? Probably. Are women not being recognised for the science they are doing? Definitely.

I used to naively think that if you worked hard and did your best, it would be ok. But that’s not the case. As I’ve become more senior, I’ve seen more junior male colleagues promoted, perhaps because they haven’t taken parental leave, perhaps for other reasons. Those colleagues will go on to start earning more money at their new levels, and have earlier access to accrue extra financial awards (e.g. in medicine clinical excellence awards). This is how the gender pay gap sets in. It’s insidious. And in five years, I will be earning less money than those male colleagues.

All of us, male and female scientists have to do better. But as Former US Secretary of State Madeline Albright said, ‘there’s a special place in hell for women who don’t help each other’

Throughout the day, the L’Oréal/UNESCO team made a real fuss of us all and emphasised the terrible stats around women in science, particularly in leadership, so I really do feel that I, together with Sanjay Prasad my supervisor, Edwin Chilvers, and the broader National Heart and Lung Institute (NHLI team), have a lot to be proud of just being in the room.

Dr Paz Tayal is an Academic Clinical Lecturer at the National Heart and Lung Institute.