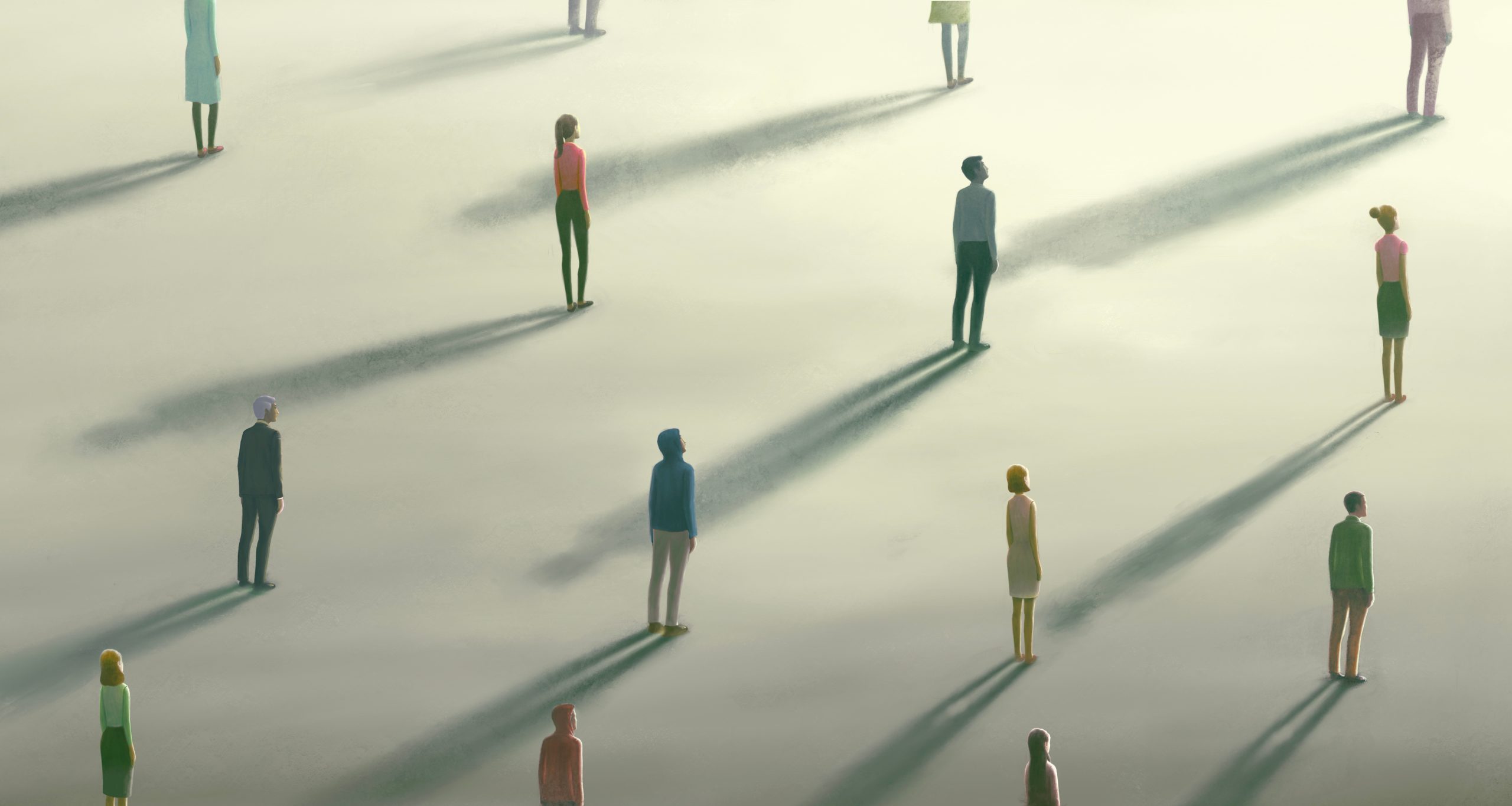 Are loneliness and social isolation the bane of living in the 21st Century? Since the early days of 2020, national lockdowns, social distancing measures and remote working have put a bright spotlight on loneliness – one of society’s rising problems that governments can no longer overlook. Dr Austen El-Osta shares how his new project to map loneliness in London hopes to highlight the scale of the issue.

The UK Government published the first Loneliness Strategy in 2018 and has since installed a Loneliness Minister to get people talking about the problem. This cross‑governmental strategy has three goals:

Loneliness and social isolation are significant determinants of health and quality of life. They are strongly associated with psychological disorders, cardiovascular disease and are even a risk factor for the exacerbation of early mortality. For the last few decades, increasing urbanisation and over-reliance on technology has led to the ‘atomisation’ of society – think online games, virtual reality, chat rooms, AI chatbots and the recently publicised Metaverse. There is also an increasing number of services which can be accessed online including shopping and healthcare which decreases the need, and opportunity, for “in person” encounters.

People can experience different levels of social isolation and loneliness over their lifetime, moving in and out of these states as their personal circumstances change. However, due to physical distancing measures and travel restrictions during COVID, feelings of loneliness have increased, negatively impacting public mental health and wellbeing. Will these rising problems of society be the bane of the 5th industrial revolution and a defining feature of 21st century living? Where is this all going?

The Office for National Statistics (ONS) created a guide which describes the measures included in the national indicator and recommended by the UK Government’s Loneliness Strategy. The core measures used are the UCLA three item scale & the single item question ‘How often do you feel lonely’. These four questions don’t take long to complete, and when linked to data like respondent age, gender, employment status & place of dwelling (post-code), it would make it possible to produce a ‘heat map’ to highlight the areas where people are feeling the most loneliness. Heat maps like this have been produced for the UK, but to really understand what is going on, we need more accurate heat maps that can be used to drive decision making. This will only be possible by working closely with local councils & NHS primary care organisations.

Imperial SCARU launched the Measuring Loneliness (INTERACT) study, which aims to map loneliness at borough and city level to highlight the scale of the issue and help decision makers consider new ways to support individuals who are feeling socially isolated or who may be suffering in silence. The study is a collaboration between the School of Public Health, Hammersmith & Fulham Council, NIHR ARC Northwest London, Imperial College London Healthcare NHS Trust & Professor Pamela Qualter (Study Co-Investigator, University of Manchester). It aims to collect data from thousands of community dwelling individuals aged 16 years or over to produce a visual snapshot of loneliness and social isolation across the capital and for other parts of the UK. The study team will reach out to thousands of residents and encourage them to complete a brief online survey. This will help build a clearer picture of how loneliness affects people at the borough and city level, and across regions.

The success of the study depends on collaborative working between the local councils, voluntary organisations and NHS primary care organisations to engage with thousands of residents using ethically approved study information, including access to a brief online survey which is available in various languages. The results from the study will help us in answering a number of key research questions to better understand whether the patterns we observe from measuring loneliness directly are similar to those derived from ONS data using known predictors of loneliness (unemployment status, living alone and other factors). The findings will also support evidence-based commissioning decisions to inform meaningful approaches to tackle this rising problem of society which could affect people from all walks of life. For example, support services can use this information to consider what interventions could be offered based on the area in which people live, their communities, the setting (school or care home). This could include mobilising already existing community assets (such as pharmacists, volunteer organisations and support groups) and targeted interventions (befriending schemes, organised coffee mornings and walks in the park) to support people in need or who may be suffering in silence.

Social isolation and loneliness are increasingly being recognised as a priority public health problem. During the course of the UN Decade of Healthy Ageing (2021-2030), the Demographic Change and Healthy Ageing Unit will be addressing social isolation and loneliness as one of the themes that cuts across the four main action areas of the Decade. The World Health Organisation is keen that governments work harder at tackling this rising problem in society.

Please help raise awareness of our study by disseminating the link to this brief online survey. Anyone in the UK who is 16 years or over can choose to take part in the survey which can be accessed in various languages.

Dr Austen El-Osta is the Director of the Self-Care Academic Research Unit (SCARU) and Primary Care Research Manager at the School of Public Health.