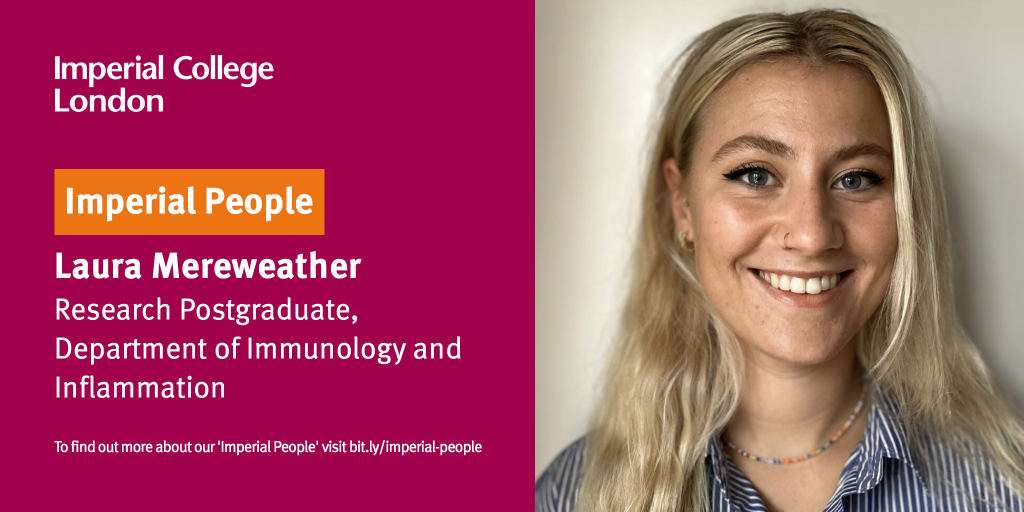 “I am interested in understanding changes to blood flow within our veins, which may occur due to long term immobility such as long-haul flights or bed rest.”

Growing up in rural Dorset, I never thought I would live in a big city when I was older. Yet fast-forward 20 years, and I am lucky enough to study at one of the best universities in the world, in the best city in the world.

I first moved to London to study my undergraduate degree in Biomedical Science at Imperial when I was 18. I remember on my second day, asking the driver of the number 70 bus how much it would cost for an adult return to Hammersmith Hospital whilst holding my change in my hand. It turns out life was pretty different in the city, and I needed to get an Oyster card. Nevertheless, within weeks I had adapted, immersing myself in all the wonderful things both Imperial and London had to offer. This included the amazing food, music, culture and people. After graduating my BSc, I studied for an MSc in Pharmacology in Oxford where I was awarded the Stutchbury Prize upon graduation. But the pull of London was too great so I returned to do a PhD at Imperial in the Centre for Haematology, funded by the British Heart Foundation (BHF).

My PhD looks at the early stages of venous thrombosis, or blood clotting within our veins. Venous thrombosis affects one in 1000 people in the UK every year, yet we still do not fully understand the mechanism that drives these clots to form. I am interested in understanding changes to blood flow within our veins, which may occur due to long term immobility such as long-haul flights or bed rest. Alongside experimental work, I am also passionate about communicating science and have taken part in events such as the Great Exhibition Road Festival and competitions such as the Rising Scientist Day in my department and the PhD Summer Showcase, which I’ve won prizes in.

Over the past few months, 90% of my free time has been spent running (mainly to and from the lab) as I took part in the London Marathon 2022. I did this to raise money for the BHF, a charity that funds so much amazing research, not just in our lab, but in universities across the country.

The week after the marathon, I was invited to go to the BHF fellows meeting, which I attended despite only just being able to walk again. Here we heard talks from different scientists at different stages in their career. They talked not only about their research, but their backgrounds and career progression. It was inspiring to hear how everyone’s journey was so different and exemplified how science can be for everyone.

One comment for “Laura Mereweather, Research Postgraduate, Department of Immunology and Inflammation”