Last summer, the WHO Collaborating Centre hosted a delegation from China for a study tour to witness first hand the UK NHS.

Study Tours are organised in collaboration with Colleagues from the NHS and are hugely valued opportunity for professionals from other countries to familiarise themselves with the organisational intricacies of the British National Health Service, which serves as an example to other health systems. 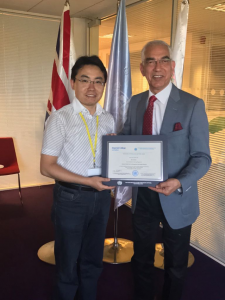 Dr Jie Shen, a medical doctor in Cognitive and Emotional Neuroscience from China spent three months with Who Collaborating Centre focusing on research and attending relevant clinics within NHS.

Dr Fahad, member of the WHO Collaborating Centre team contributed a research article: ‘Knowledge, attitude, perception and practice towards antimicrobial use in upper respiratory infections in Qatar: a systematic review.’ It is considered for publication and is currently under review.

Introduction to leadership and communication in medicine; 7-11 August 2017, Dubrovnik

This course was developed and run jointly between the Zagreb Institute of Culture of Health and the WHO Collaborating Centre for Public Health Education and Training, at the Centre for Advanced Academic Studies in Dubrovnik. More than 40 health professionals from across Croatia took part in this intensive course over 5 days. The modular format of the course allowed participants to choose the sessions which are relevant to their needs. The course was organised and led by Professor Rawaf from Imperial College London, and Professor Marijana Bras and Professor Velijko Dordevic of the University of Zagreb. The course is planned to repeat on an annual basis at the Centre for Advanced Academic Studies. 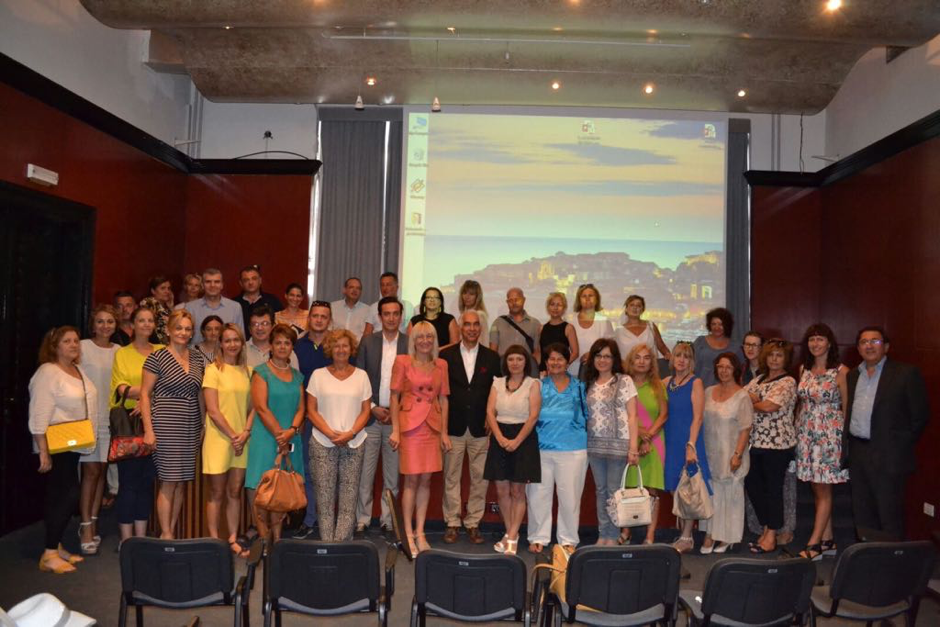 The Health Economic Forum meeting was held on 7 July 2017 at Hilton Beirut, Habtoor Grand Hotel under the Patronage of HE General Michel Aoun, President of the Lebanese Republic, and in the presence of Mr. Ghassan Hasbani- Deputy Prime Minister -Minister of Public Health in Lebanon and Dr. Ahmed Emad Eldin Rady – Minister of Health & Population, Egypt and Dr Mahmoud Fikri,

Regional Director of WHO Eastern Mediterranean Regional Office and many other Ministers and senior health leaders in the Region. Professor Rawaf gave the keynote speech of the day on “priority setting under slow economic growth: leaders’ role.” The Forum provided an excellent opportunity to meet key health leaders in the region from health service, academia and international organisations.

On 19 October the WHO CC team welcomed NHS General Practitioner, Dr Rupy Aujla, to give a formal seminar to our Fellows, MPH and PhD Students on his revolutionary efforts to integrate culinary medicine into the UK healthcare curriculum, helping to tackle preventative diseases from where they start- the kitchen.

Dr Rupy’s project, ‘The Doctor’s Kitchen”, is a multi-platform resource to inspire patients about the beauty of food and the medicinal effects of eating well. He creates delicious recipes and talks about the clinical research behind the ingredients he uses on YouTube, Instagram and his blog.

He has big aspirations to bring the concept of ‘Culinary Medicine’ to the profession globally and he has a book due to be published with Harper Collins in December 2017 called, “The Doctor’s Kitchen”.

As part of the Congress, Prof Rawaf visited Zagreb University and met with Professor Damir Boras the Rector and his deputy Professor Malden Janjanin (a well-known musician). 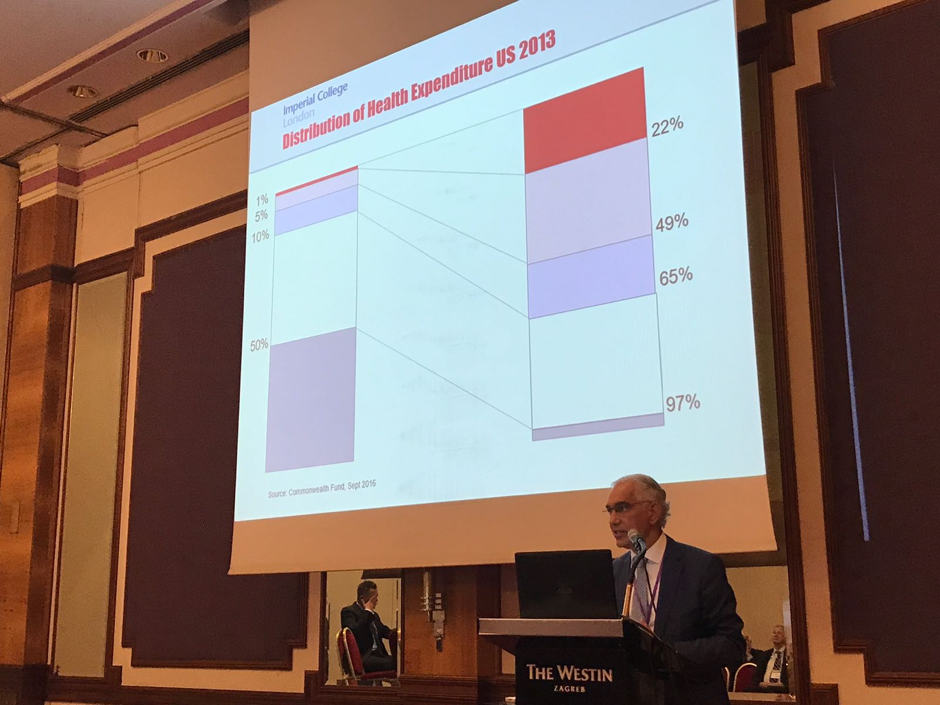 Welcome to new WHO CC Fellows

Dr Fahad Shaikhan, WHO CC Fellow who spent the last year at the Department, which was finalised with a research article currently under review for submission to JRSM. 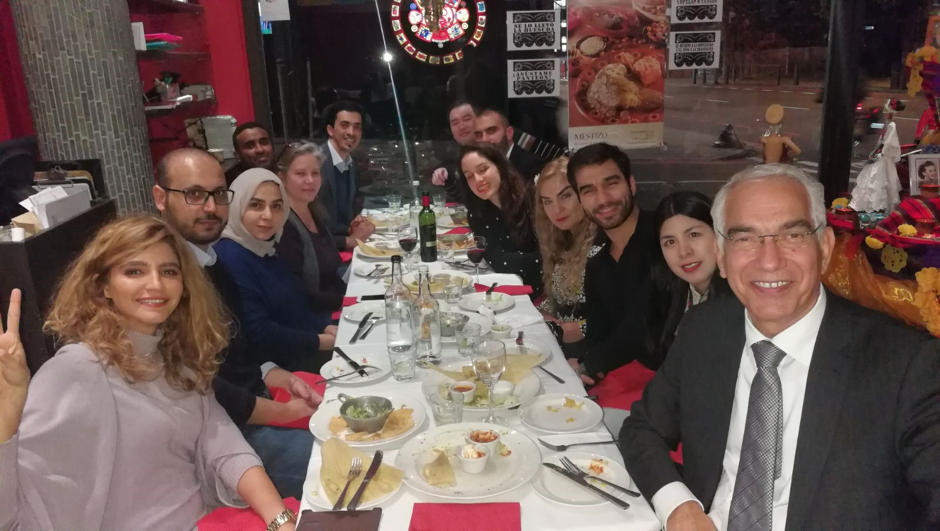 The Organization extends its sincere condolences to Dr Fikri’s family and his colleagues and friends throughout WHO and the EMRO region.

He was on his way to attend the Global NCD Summit in Montevideo, Uruguay when he died.

Dr Fikri had previously served as Advisor to the Minister of Health of United Arab Emirates, and had been a prominent regional public health figure for many years.

Dr Mahmoud M Fikri assumed his duties as WHO Regional Director for the Eastern Mediterranean on 1 February 2017.

From 1996 to 2017, Dr Fikri was adviser to the Minister of Health of United Arab Emirates, and was previously the Assistant-Undersecretary for Preventive Medicine and Health Policies Affairs in the Ministry (1995–2013). He served as a Member of the Board of Directors of the WHO Centre for Health Development, “WHO Kobe Centre”, Japan, and a Member of the Advisory Board of the Gulf Health Council for Cooperation Council States (1996–2005). He was also a member of WHO’s Executive Board from 1997 to 2000.

For the last 19 years, Dr Fikri has been either a member or the head of the United Arab Emirate’s Ministry of Health delegation to WHO’s Health Assembly and the Regional Committee for the Eastern Mediterranean.

Dr Fikri was a Member of the Pandemic Influenza Preparedness (PIP) Advisory Group during the period (2008–2011) when the open-ended working group of Member States worked to finalize the PIP Framework for sharing influenza viruses and access to vaccines and other benefits.

Dr Fikri is a Member of the United Arab Emirates Ministry of Foreign Affairs Standing Committee entrusted with the follow up of the Universal Periodic Review of the Human Rights report (2009–2013) and a member of the National Committee to Combat Human Trafficking (2007–2013).

He was head of the United Arab Emirate’s Ministry of Health delegation to the United Nations High-level Meeting of the General Assembly on the Prevention and Control Non-Communicable Diseases (2011).

Dr Fikri graduated in medicine and surgery from the University of Ain Shams, Egypt in 1979. He obtained a Diploma in Tropical Medicine and Hygiene from the Liverpool School of Tropical Medicine and Hygiene, in the United Kingdom, in 1984. He was a member of the Faculty of Public Health Medicine of the Royal College of Physicians in the UK, in 2000, and holder of a PhD in Medicine from the University of Medicine and Pharmacy, Carol Devila, Romania. Dr Fikri has received many awards such as the United Arab Emirates Health Foundation prize award from WHO, Geneva (2003) and the 2011 International Council for Control of Iodine Deficiency award for his distinguished achievements and strong leadership.