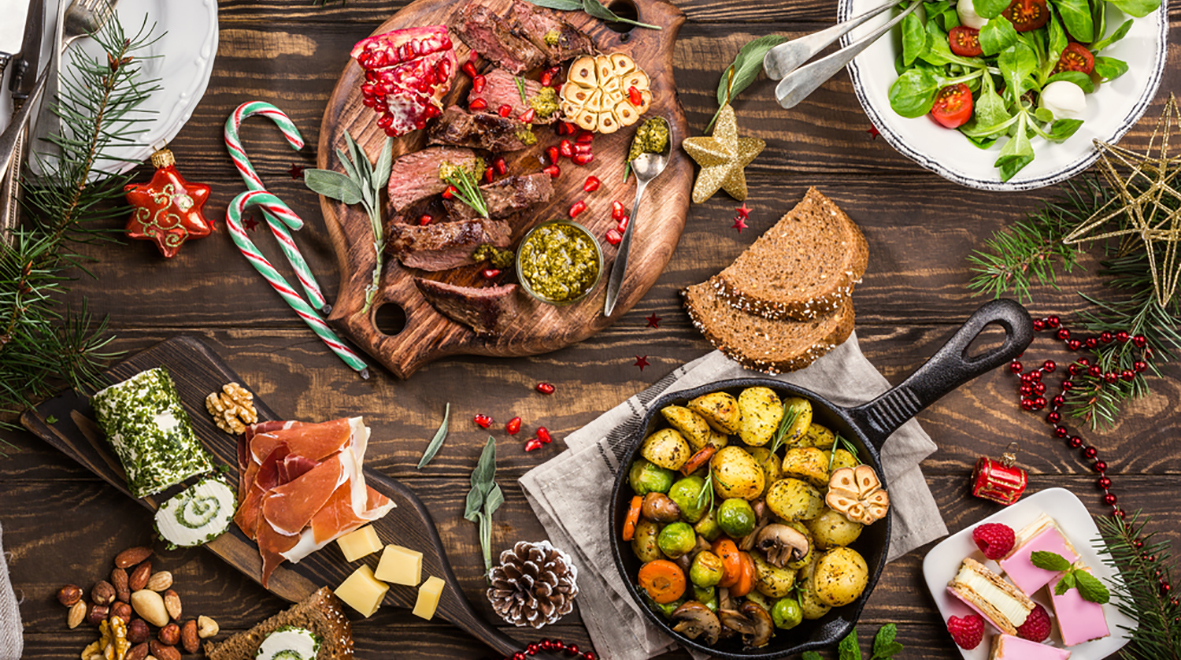 In this festive post, Dr Anjali Amin looks at how to keep our gut microbiome happy over this period of indulgence.

As the festive season approaches, one wonders how our bodies prepare for the enormity of food that will be ingested in a relatively short space of time.  In the UK alone, the average person consumes 7000 calories on Christmas Day alone.  This is three times the recommended calorie intake per day, and most of us will have reached the recommended calorie intake before Christmas lunch has even been served. And of course, it’s not just about eating more. We are also a great deal more sedentary, with the average person in the UK spending 5.5 hours a day in front of the television over the Christmas period desperately awaiting reruns of Blackadder and yet another Christmas special!

Of course, this massive increase in consumption over the festive period inevitably means we put on weight, with research showing maximum weight gain reached within 10 days of Christmas Day, peaking around 3 January, and then falling.  However, despite this relatively rapid increase in weight in the space of a few days, approximately half of the weight gained seems to remain until the summer months or beyond.  The cumulative effects of this annual increase in weight during the holiday period likely contribute to one’s overall lifetime weight gain.

Obesity results from a mismatch between food intake and energy expenditure.  So is this festive weight gain a result of eating too much and spending too much time on the sofa?  What if it was more than just that? We now know that the gut is a crucial organ in the maintenance of energy homeostasis.  It releases a whole host of hormones such as glucagon-like peptide-1 and peptide YY that regulate appetite in response to nutrient intake.  Much of my work has focused on looking at the effect of dietary protein on appetite.  High protein diets reduce food intake and improve body composition, and if people can stick to them, they lose weight.

How protein causes this effect is not well established, but it may be that amino acids – the products of protein digestion – are detected in the gut to increase the release of hormones that suppress appetite. If we can confidently identify the particular amino acids responsible for these effects, we could consider supplementing foods in order to reduce appetite.  So maybe this is one option for Christmas dinner – instead of seasoning food, we should sprinkle it with amino acids and we’ll all eat less? Alternatively, we could just focus on the protein – perhaps we need to make sure our plate is predominantly turkey based and ignore the trimmings?

There are clearly other gut factors that are involved in the maintenance of body weight.  The gut microbiome is a complex system consisting of microbes that live within our bodies, and play an important role in health and chronic conditions such as obesity.  We know that composition of gut microbiota differs according to whether you are lean or obese.  Diet is known to modulate the composition of the gut microbiota.  The high-fat/high-sugar diet, thought to represent a typical Western diet (particularly at Christmas), has been shown to alter the gut microbiome and such changes are thought to contribute to the growing epidemic of obesity.  More recently even short-term dietary changes can significantly alter the gut microbiota.  So actually the short festive season may well be influencing the bacteria that live within you, and their effect on your health. 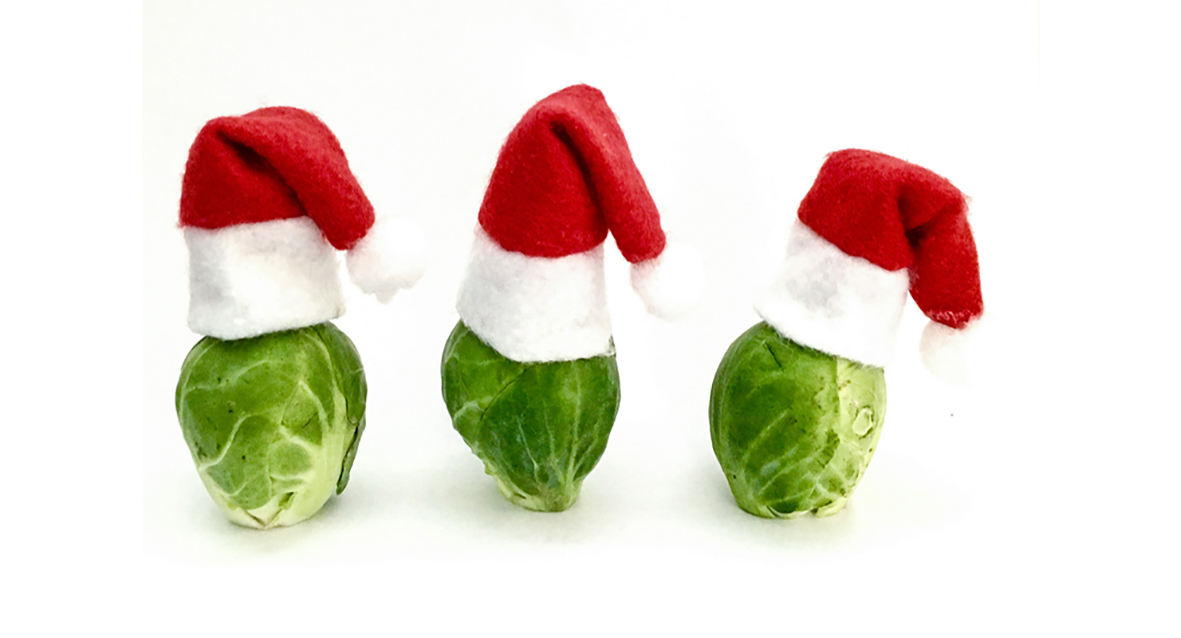 We also know that dietary fibre is good for health (make a note of piling on the Brussel sprouts, parsnips and chestnuts to your plate on Christmas Day). The gut microbiome plays an important role in fermenting fibre to form molecules called short-chain fatty acids which can stimulate the release of appetite-suppressing gut hormones. There is currently much hype surrounding consumption of already fermented foods and their effect on gut health.  Fermented foods include sauerkraut, kimchi, yoghurt, cheese, chutneys, even wine and beer (staple foods for many of us over the holiday season). Foreign microorganisms in products such as cheese and cured meats can survive transit through the gastrointestinal tract and may be metabolically active in the gut – though what they actually do there remains unclear.  Utilising the power of positive thinking, I for one, am going to indulge in some forms of fermented foods over the festive period, of course in the hope that I might be positively influencing my gut microbiome.

Christmas is clearly a time for festive food and indulgence, and the majority of us are likely to gain weight as a result.  However, without our festive feasting, I’m not sure there’d be that much Christmas cheer.  So perhaps the answer is to indulge ourselves over Christmas and to make a New Year’s resolution to shed the extra pounds by exercising like crazy when we hit peak weight gain on 3 January!