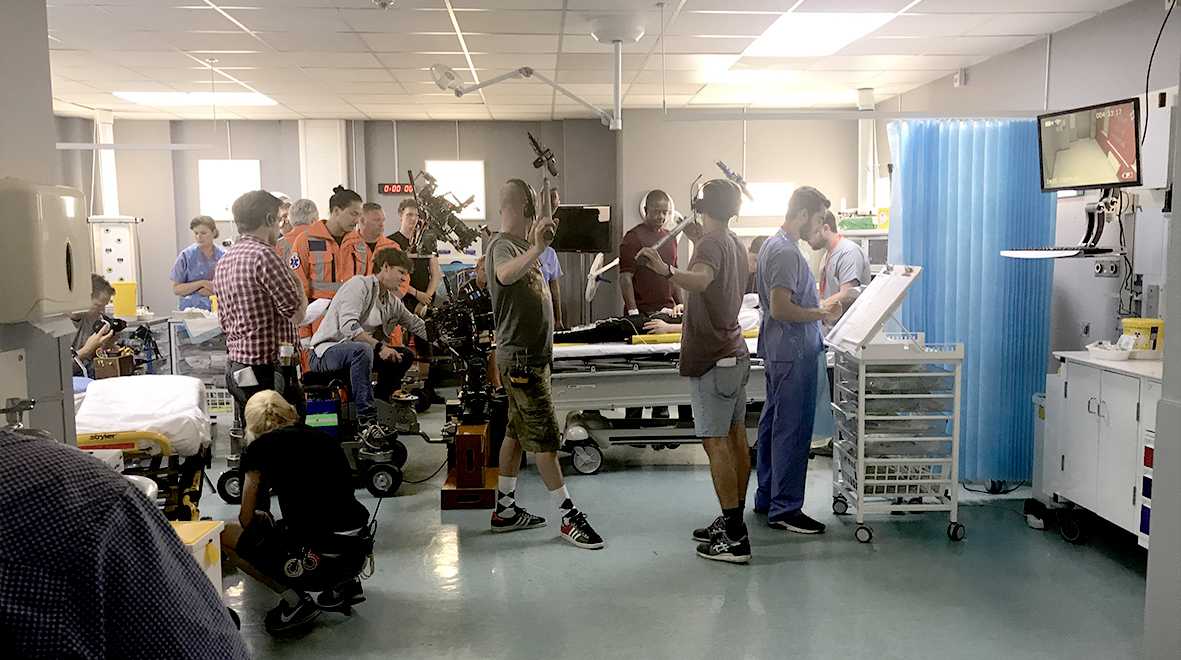 Dr Christopher Peters provides an insight into life behind the scenes as a TV medical advisor for leading programmes such as Eastenders and Holby City.

It is a favourite pastime of anyone who works in healthcare to scoff at the mistakes we see when medicine is portrayed on film. From the back-to-front chest X-ray on Scrubs to the miraculous success rates of chest compressions in soaps we love to mock. However, for the last four years I have been working with various TV programmes to try to inject a degree of realism without dampening the drama.

This started with Holby City when I helped out on set, making sure that operating scenes looked realistic and that the actors could pass off as surgeons. This was my introduction to the tension between realism and plot. Being a medical drama, Holby had the budget and resources to try and get things right, but even they couldn’t keep viewers interested if they showed a lovely routine list of day cases where nothing goes wrong!

Holby led to me being approached by Eastenders,  which was a different type of work. With 6–8 million viewers every week, this is a show with massive reach. They have a surprising number of storylines involving medicine, ranging from characters with chronic health problems, through to the massive set piece car crashes and explosions. Even with the minor stuff, when they get it wrong they face a slew of complaints from the public and charities. Often Eastenders will want me to come up with injuries or illnesses that fit a story arc. For example, they will want someone stabbed, look like they are going to die, but then get better and be out of the hospital in seven days. This is normally straightforward, apart from making sure they aren’t reusing stuff from previous years!

Working on longer running storylines is more interesting, the most exciting of which was Phil Mitchell’s liver transplant story on Eastenders. They came to me wanting a way to rejuvenate Phil, who had become a belligerent drunk who had lost his sparkle. I suggested a storyline that took him into liver failure and then showed a long climb back to health, with a liver transplant as the final redemption. However, this was a story fraught with public health issues. It was well established that when the famous liver transplant recipient and footballer George Best started drinking again organ donation rates fell.

It would be a disaster if Eastenders’ eight million viewers saw a drunken alcoholic gifted someone’s liver, only to return to the bottle. Therefore, we agreed to play the story over a year, to show him hitting rock bottom but them pulling himself back with the support of medical professionals and friends, getting sober, and then only being eligible for a liver after six months of showing he had changed. We worked with UK Transplant, transplant charities, the Royal Free Hospital and transplant specialist nurses to get the feel and facts of the story right.

Another award-winning Eastenders storyline involved a new mother with mental health issues. Again, portraying the social services sweeping in to take the child would make any mother struggling to cope even less likely to ask for help. So we worked to make sure viewers realised how compassionately these illnesses are dealt with, helping the actor Lacey Turner deliver her award-winning performance.

More recently I have finished a project with a whole new level of drama. I was approached by ITV to work on a new Mike Bartlett project called Trauma, built around a surgeon who cannot save the life of a 16-year-old boy. I could never turn down the chance to work with the team that created Dr Foster. This was a dream project, as whilst the story was complete, the medicine was almost a blank canvas and I was given the chance to craft the injury, surgery and outcome from scratch, as long as it fitted into the story arc. It was a fantastic creative environment to be involved in and the work continued long after the script was finalised. 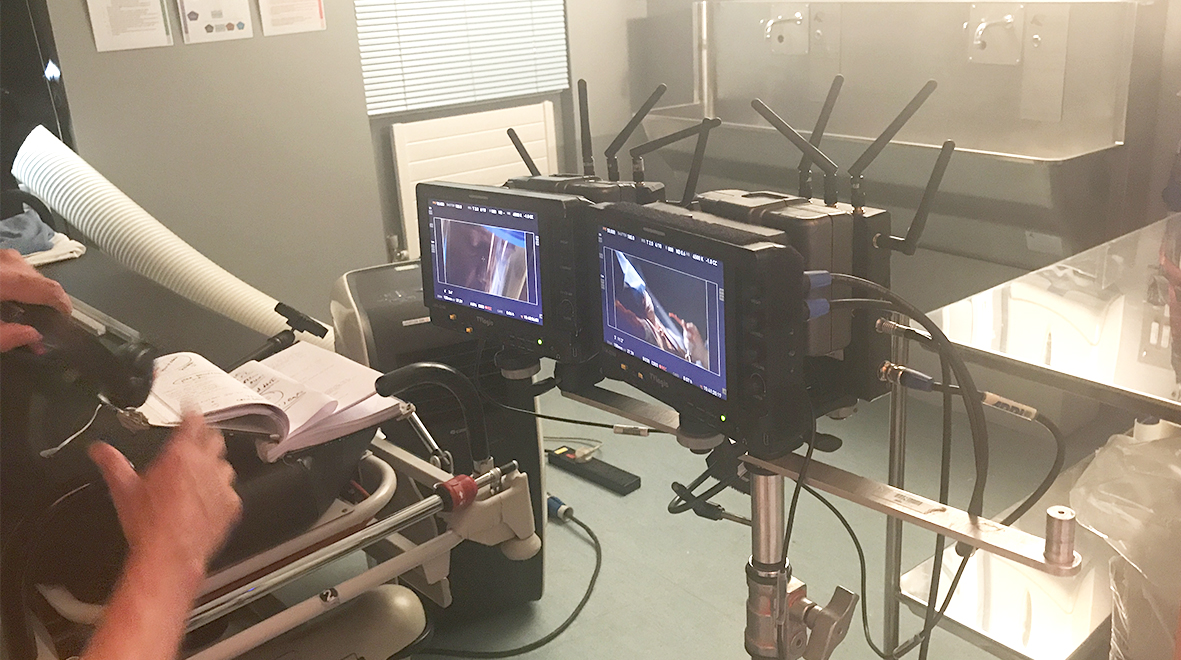 A behind-the-scenes shot from the set of Trauma

I worked with the set designers to make it look right, the costume department who obsessed about who wears which colour scrubs, and then the actor, Adrian Lester, who wanted to get inside the head of a surgeon. On set, I helped get the feel of a trauma call right, the surgery looked great, and the end result was hugely satisfying. As a project, it works because the drama and suspense are captivating but I know the medicine underlying it all is sound. This show is being broadcast this week Monday-Wednesday at 9 pm on ITV and I can’t wait to see what the public think of Adrian’s sophisticated but complex surgeon.

What next? Well, I am now working on another ITV drama built around the police. Once again, there is a fantastic medical storyline and I am loving working with them to get the accuracy without diluting the thrill. With medical dramas or dramas that include medicine, the principle is the same. Medical conditions, injuries, operations, blood, guts and death are perfect breeding grounds for TV. I believe that you can create the best storylines by getting the medicine exactly right. You don’t need to dampen the suspense by writing in a two-hour wait for a blood test, but equally, you don’t need to use medical impossibilities to create the drama. When written well, real-world medicine is as dramatic as anything that comes out of a writer’s pen.

Oh, and when it comes to ‘defibrillating asystole’, any medic will tell you that we never do this. I am pleased to say if you look closely at ITV’s Trauma, they never deliver a shock when the patient is flatlined: a small but important victory.

Christopher Peters is a Clinical Senior Lecturer at the Department of Surgery and Cancer, a Consultant Upper GI Surgeon at Imperial College Healthcare NHS Trust and Medical Advisor to the TV Industry.