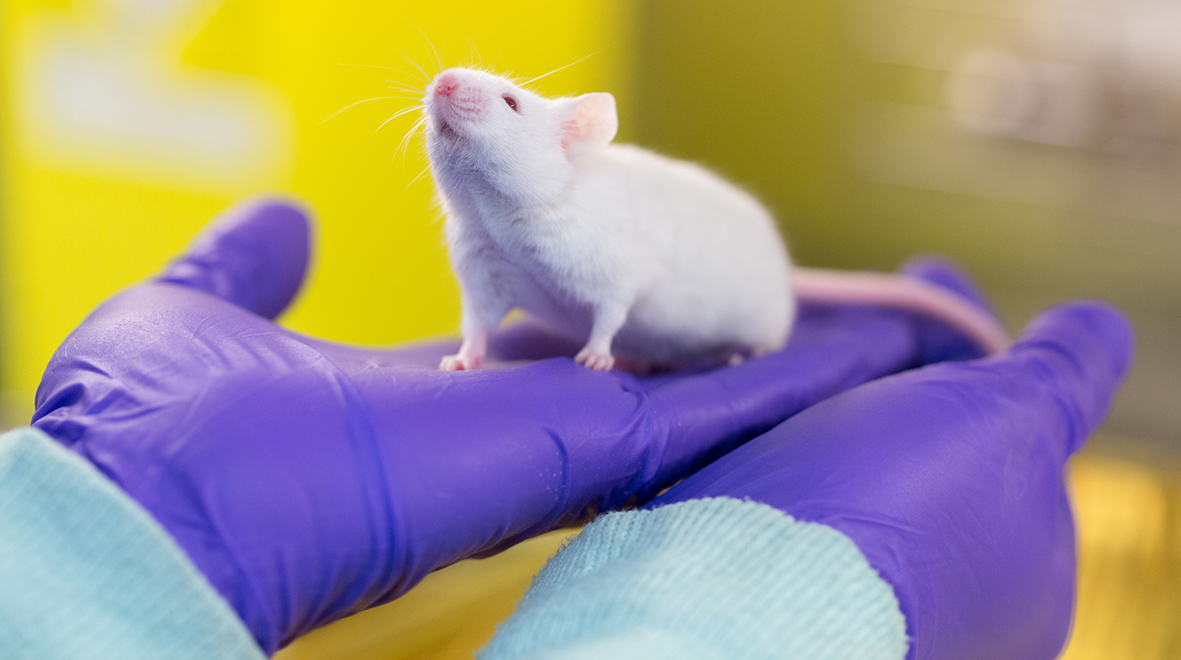 Dr John Tregoning explains how the use of animals in science is properly regulated and why it’s so important to respiratory research, which could impact millions of lives.

Respiratory infection is one of the main causes of disease and death throughout the world, claiming 3 million deaths worldwide in 2016. The symptoms range from the mild (a runny nose) to the extremely serious (pneumonia, hospitalisation and respiratory failure). These infections have a large economic burden both directly in medical costs and indirectly in working days lost. They also represent a potential risk for causing major pandemics; one hundred years ago the 1918 flu outbreak led to the death of 50-100 million people, significantly more than the whole First World War. There is a clear need to understand why we get sick after respiratory infections and critically we need new drugs to reduce the burden of disease. For example, there is an urgent need for a new influenza vaccine that could prevent future pandemics.

It is important to put the scientific need first, as the benefit to humanity is the driving consideration in animal research. All animal research in the UK is performed in the context of balancing the potential harm to the animals with the potential benefits to humans. So for example, animal testing for cosmetics was banned in 1998, because the animal harm far outweighed the benefits.

This consideration of the benefit of the work is enshrined in the legislation that covers animal research in UK; the catchily-named Animals (Scientific Procedures) Act 1986 – ASPA for short, the successor to the 1876 Cruelty to Animals act. Which emphasizes the critical point that animal research in the UK is highly regulated and governed by law.

So how is it regulated?

There are three levels of regulation:

There are slightly different considerations for each of these, covered by different licenses. The Establishment License covers the facilities, the way the animals are housed and the way they are looked after, down to a stringent level of detail, for example, the cage size.

The Project License covers the detail of the experiments performed, specifying exactly what will be done, how often and what possible suffering might arise from this. This description of work is assessed by an internal ethics board – the Animal Welfare and Ethical Review Body (AWERB)  – within the establishment to balance the scientific, ethical and welfare needs.

Finally, the Personal License covers the individuals doing the work; it ensures they have been trained to high standards and that they are competent to do the work. You cannot get a personal license without attending a formal, regulated training course. It is not legal to perform animal research in the UK without all three of these licenses and the process ensures the work is done to the highest possible standards.

The other consideration within ASPA is the 3Rs. This covers replacement (methods which avoid or replace the use of animals), reduction (methods which minimise the number of animals used per experiment) and refinement (methods which minimise animal suffering and improve welfare). All experiments are performed in the context of the 3Rs. For example, when developing new antibiotics, work is not initiated on animals until the antibiotic has been shown to be highly effective at killing bacteria in petri dishes. We also share our experience across the university to learn from each other and disseminate best practices in term of animal welfare.

What does this mean for my research?

So coming back to the science, what am I interested in and why are animals important in this work? I want to understand how the body’s immune system fights off infection and how we can learn from this to develop new vaccines and drugs to prevent or treat infection. There are a number of layers of host defence against infection; this includes the other bacteria that live in the lungs (the microbiome), the food that bacteria eat in the airway (called the metabolome), the intrinsic ability of cells to fight off infections, and the immune response itself, which includes both antibodies and the cells of the immune response.

These layers of host defence can work separately or in combination in a highly complex system. Understanding which of these host defence factors correlate with protection against infection will provide us with potential protective targets, including novel vaccines, novel antibiotics or immunomodulatory therapies. Using animal models we can alter experimental conditions enabling us to investigate the role of individual factors and thus tease apart the complex system. For example, one approach is to label infectious organisms so that we can watch the infection unfold in real time, gaining much more information per experiment. Critically, all of our work runs in parallel and is guided by work studying infection in people, ensuring it is directly relevant to the human condition and thereby maximising the potential benefit of the work.

For example, we have been focusing on the food that bacteria eat in the airways and more specifically on airway glucose. Colleagues of ours at St George’s Hospital in London have made an interesting observation: when airway glucose was elevated, patients were more likely to get an infection with Staphylococcus aureus (1). Working closely with our clinical colleagues, we demonstrated that obese mice had increased levels of glucose in their airways and this was associated with higher bacterial levels after infection. We then built on this result in a human study, where we observed that patients with chronic obstructive pulmonary disease (COPD) – a consequence of smoking – have significantly more glucose in their airways than age-matched smokers without COPD (2).

We are now exploring the effect of reducing airway glucose in COPD on bacterial lung infection. The ultimate goal is to develop new drugs with the potential to improve the quality of life of the 1.2 million people in the UK with COPD. Without the initial animal research, we would not have been able to confirm the initial observations or move forwards to open up a new therapeutic area around glucose in COPD.

Dr John Tregoning (@DrTregoning) is a Senior Lecturer in the Department of Medicine at Imperial. His research focuses on the development of vaccines for respiratory infections, and on understanding why some individuals get more severe disease following respiratory infection.