200 years on from the first successful human-to-human blood transfusion, this procedure has revolutionised patient care. However, there is still work to be done in sub-Saharan Africa, as Professor Kathryn Maitland explains.

Each year, around 2.5 million units of blood are transfused in the UK – that’s enough to fill two Olympic sized swimming pools! Since James Blundell performed the first successful human blood transfusion in 1818, this life-saving medical intervention has made many advances to ensure its accessed throughout the world. An important part of this is ensuring that any health system has adequate supplies of quality-assured and safe blood for transfusion through national and regional blood transfusion services (BTS).

Challenges of achieving safe blood for all

1975 was a milestone year when the World Health Organization (WHO) published a resolution, recognising the importance of BTS and suggested for governments that it was imperative to “promote national blood transfusion services, based on voluntary non-remunerated donations, and to promulgate laws to govern their operation” (1). Nevertheless, more than 40 years later the issues of blood safety, adequate supply, equitable access and rational use still remain major challenges throughout the world. The greatest concern is in low-income countries – the majority of which are in sub-Saharan Africa –  which have struggled to achieve the four key goals of an integrated strategy for blood safety.

In sub-Saharan Africa women and young children are chief recipients of blood transfusions, accounting for nearly three-quarters of the blood transfusion requirements in some countries. Most blood transfusions are given as emergency interventions for severe anaemia in children (largely due to infection) and bleeding in pregnancy. The demands for blood are highly unpredictable and challenging for BTS planning. Indeed, there are numerous challenges that face the BTS – with lack of donor blood supplies being a major one.

The  WHO has estimated that on the continent the blood requirement for countries should be in the order of  10 to 20 units collected or donated per 1000 population per year (2). The actual blood requirements for each country are not known but based on data from the region in 2013 many sub-Saharan Africa countries still collect < 5 units/1000 population annually (3).  The magnitude of the shortage of blood for transfusion in this part of Africa is not certain but the patient groups that suffer the greatest impact of blood shortages are much easier to identify. Young children often die awaiting transfusions.

An Imperial’s Centre for African Research and Engagement (ICCARE) research study in Africa we have found that in children hospitalized with severe and life-threatening anaemia (defined as haemoglobin less than 5g/dl) and were not able to receive a blood transfusion immediately, 52% died by 8 hours with 90% of these deaths occurring within 2.5 hours of hospital admission. Only 4% of children who received a transfusion within 8 hours died, emphasising the importance of the availability of blood transfusion as a life-saving intervention (4). 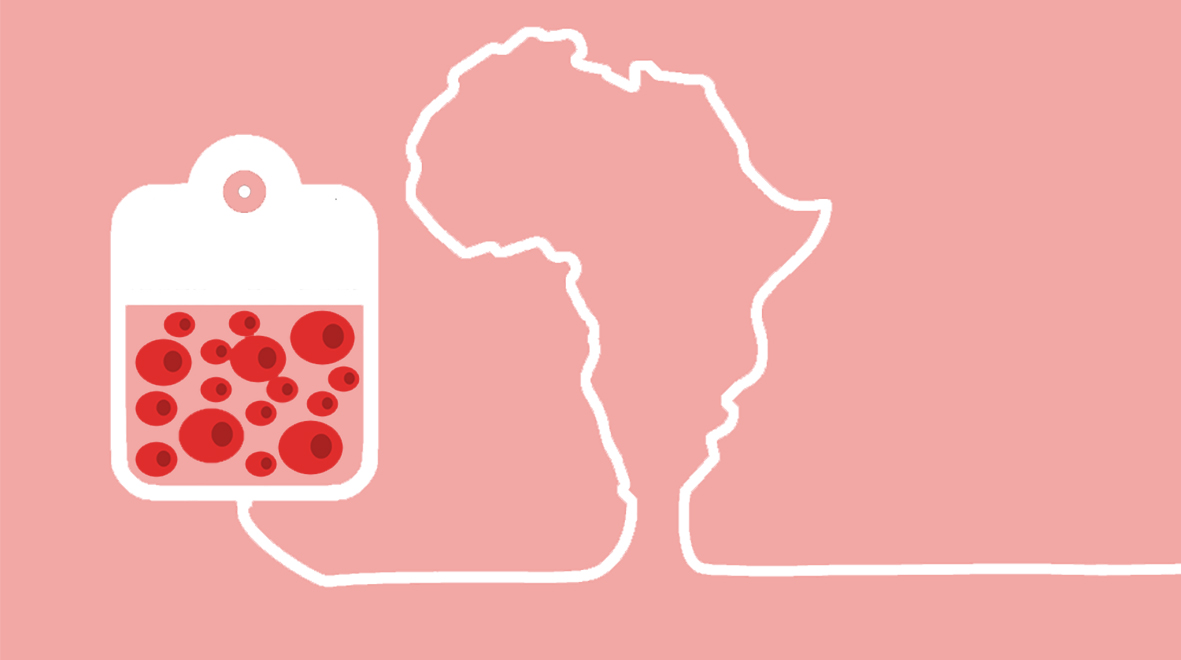 In order to protect scarce transfusion resources the WHO encourage the rational use of blood transfusion for children – the key users of blood transfusion – restricting routine transfusion for those with a haemoglobin less than 4 g/dl, or 4-5g/dl if they have additional signs of severity (6). However in practice, these guidelines are generally not followed by clinicians as they are not based on clinical trials,  meaning the demand outstrips supply. The only way to inform policy and guidelines are large-scale randomised clinical trials to determine which children need a transfusion and which children with severe anaemia can safely be treated with other supportive therapies.

These questions are currently being examined in a randomised controlled trial led by Imperial. TRACT trial involves nearly 4000 children admitted to hospital with severe anaemia in Uganda and Malawi (7). The overarching aim of the trial is to provide the evidence to inform or refine current recommendations for the rational use of paediatric blood transfusion. The trial is currently underway and the results should be available in early 2019.

The provision of safe and adequate blood transfusion is a medical procedure that many in developed nations take for granted. This outlook is sub-Saharan Africa is different and remains an important public health concern. Through the combined efforts of scientific research and international aid organisations, I am optimistic for a future where many more can benefit from the lifesaving potential of blood transfusion.

Kathryn Maitland (@KathMaitland) is Professor of Paediatric Tropical Infectious Diseases at the Faculty of Medicine and Director of the ICCARE at the Institute for Global Health Innovation.

One comment for “Blood transfusion in sub-Saharan Africa: 200 years on”