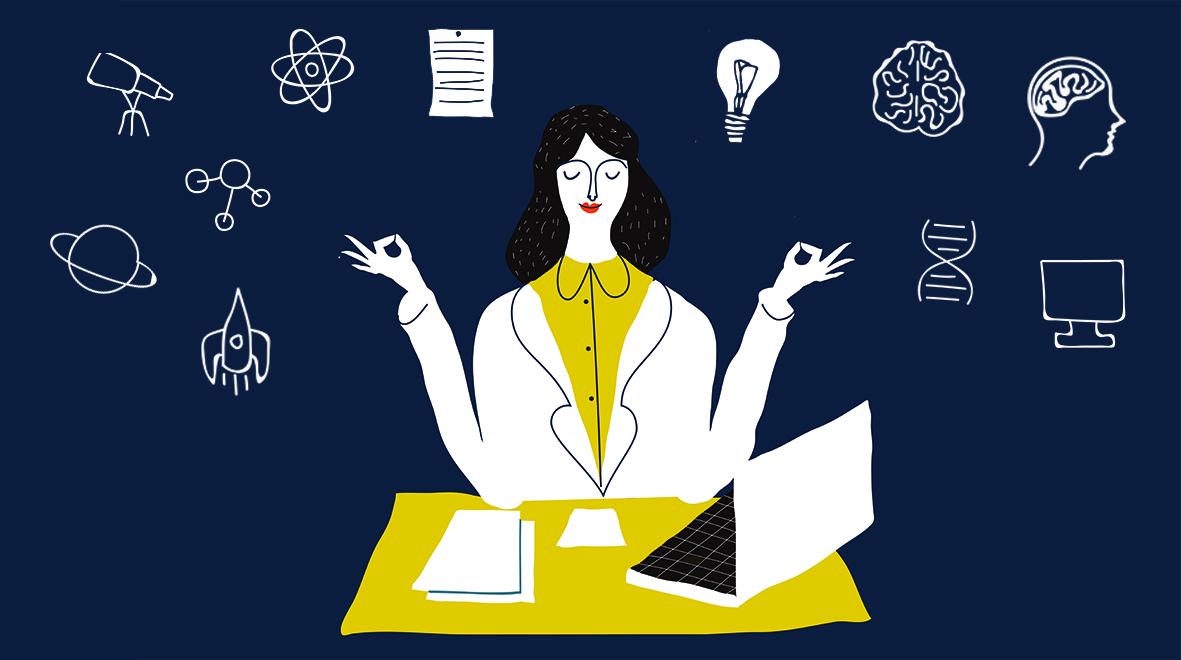 As a (comparatively) fresh-faced 18-year-old, I undertook my first degree at the University of Manchester, (somewhat naively) under the impression that astrophysics involved a lot of actual stargazing. My first year was a pleasant 60:40 split of lectures and laboratory-based work. Albeit the latter was rather generalised; at one point I remember making a hologram of a bronze Buddha statue for no apparent scientific reason. My main concern at that point was that I hadn’t yet bumped into Brian Cox, who had recently taken up teaching duties at the university in between – what we physicists considered – glamorous filming of the ‘Wonders of the Universe’ documentary series.

As the years went by, ‘lab days’ became less about apparatus and more about computing. No more so than in my final year, when my lab partner and I essentially taught ourselves a programming language in order to make a simulation of what our experimental apparatus would have done – had it not broken in our second week of using it.

An introduction to medical imaging

As much as I loved physics, after completing my degree, I found I needed a break from the abstract and deeply mathematical concepts covered in the second half of my degree. I had taken a module in my final year relating to the physics of medical imaging and found myself naturally drawn to the real-world applicability of the theories I had previously only read about. I found a PhD advertised at a dedicated imaging research centre in Manchester and contacted the main supervisor to arrange a discussion with him about what the project involved. I was enthusiastic about positron emission tomography (PET), medical research and the opportunity to work in a new field. My application then led to an interview, which led to my being offered the PhD.

My background in physics and analytical nature turned out to be essential, and I found that I was able to quickly pick up the techniques needed for the project. In my first year, I barely noticed that I was the only biomedical PhD student in my department who wasn’t working in the lab. A hitch arose when the clinical study that was supposed to be the core of my PhD fell through. My supervisors were really supportive and together we devised a new strategy – a pre-clinical approach to the project, including (gulp) lab work.

There is a general perception that scientists wear lab coats and tinker with test tubes. This seemed somewhat accurate to me as, heading back into the lab for the first time since my A-levels, I began learning a variety of staining and blood processing techniques at breakneck speed. I honestly rather enjoyed my time in the lab, although I did find that it took me a long time to feel comfortable with my own abilities.

Towards the end of my PhD, some clinical data became available through contacts I had made at Imperial. Since I was keen to continue my work in the field, I pursued joining the team here until I had secured a post-doc position in the Division of Brain Sciences, which I started in Autumn 2016. Although my work here involves image analysis of brain PET scans, I found myself, once again, practically the only researcher in the Department who was deskbound. As you may have guessed from the title, I don’t even have access to the lab!

Of course, working primarily on a computer has great advantages: I can work from home, I don’t have to worry about ordering the wrong antibodies or broken microscopes, and I suppose I’d be able to escape the building first if a fire broke out in the lab, but sometimes it leaves me feeling a little isolated. When I first moved here, it took me longer than my workmates to make friends in the lab, and it’s still not unusual for one of my colleagues to make a comment along the lines of “Sujata, have you not showered today?”, or: “Have you just killed off the rest of your group?”, when they see the empty chairs around me.

I am also an outreach leader at Imperial’s Wohl Reach Out Lab – an educational facility to engage school children in STEM – and when I run lab-based sessions, a small sense of panic sets in as I realise how inexperienced I am. Thankfully, this usually subsides fairly rapidly as I remember why I love doing this kind of outreach work; how rewarding it is to see young students enjoying and engaging in pure science and explaining to them that not all scientists do wear lab coats and tinker with test tubes. 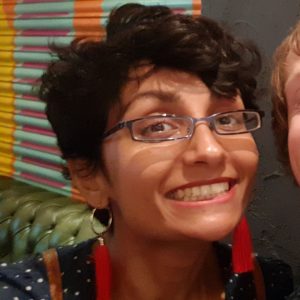 So with all this being said, I do really enjoy my deskbound ‘day job’, as well as being challenged by those situations when I am thrown out of my comfort zone, and I suppose that’s the real definition of a scientist.

Dr Sujata Sridharan is a postdoctoral research associate at the Department of Medicine’s Division of Brain Sciences.

Following the launch of the Faculty of Medicine’s reorganised academic structure on 1 August 2019, this post was recategorised to Department of Brain Sciences.