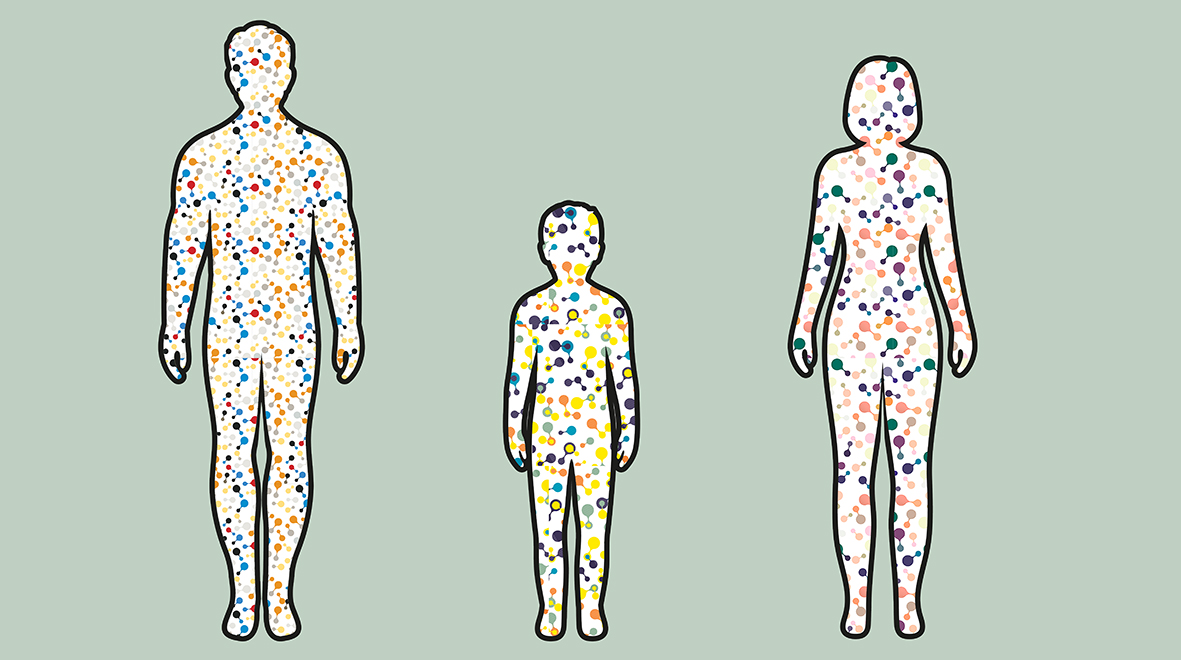 Dr Jonathan Swann’s research looks at thousands of small molecules called metabolites in an attempt to better understand a bigger problem of malnutrition and infection – a vicious combination.

Such infections are common in resource-constrained settings due to inadequate water supplies and lack of access to basic healthcare. This double burden of malnutrition and infections can combine to drive inflammatory processes in the gut leading to malabsorption of nutrients and impaired immune responses, further exacerbating the malnourished state and persistence of infections. Breaking this cycle of undernutrition, infections and poverty represents a significant challenge.

Since 2000, nutritional interventions, such as high calorie ready-to-use food, have helped to reduce the number of stunted infants by 50 million. This is great progress but the battle is only half-won; a large number remain stunted and as such the effectiveness of nutritional interventions has been questioned. Optimising nutrient content and feeding behaviours only partially resolves stunting and its consequences – so what else is contributing to the problem?

The fact we have an incomplete understanding of the metabolic pathways disrupted with stunting and how these relate to health and development may be holding us back from finding an effective solution. The answer may lie in gaining deeper insights into how nutritional deficiencies and intestinal infections – alone and in combination – impact on the developing infant at the biomolecular level.

How deep do we need to look?

My team at Imperial is gaining a broader understanding of these metabolic derangements by applying a technique called metabolic profiling (also known as metabolomics or metabonomics) to study the biochemical status of infants in these settings. This approach simultaneously measures hundreds to thousands of metabolites in a biological sample – usually urine or blood. This provides us with a highly resolved view of the vast amount of metabolic processes occurring within the body and how they are disrupted by different insults.

Through these approaches we have identified a number of pathways affected by nutritional deficiencies and infections. This includes pathways known to have an impact on growth (amino acid and energy metabolism) and development (metabolites associated with the fine-tuning of genome). These findings have helped to inform the development of novel interventions that are currently being explored in the field. In addition, this approach is helping to identify biological markers, also known as biomarkers, that can be used to detect infants at-risk of stunting and to assess the effectiveness of interventions.

A significant component of the human metabolic system is the collection of microorganisms inhabiting the gastrointestinal tract: the gut microbiota. These microbes possess a diverse array of metabolic capabilities that are absent from the human genome and help to expand the metabolic flexibility of humans and the nutritional inputs that can be processed.

There is a growing appreciation for the importance of these microbes in the health and development of humans. For example, these resident microbes help to train the immune system, promote and maintain a healthy gut environment and can even influence brain development to modulate emotional behaviour and cognition. These microorganisms can also strengthen us against infection by providing a protective barrier in the gut against invading pathogens.

Building the microbiome from birth

Acquired rapidly after birth, the assembly and evolution of the gut microbiota is shaped by maternal, genetic and environmental factors, including the nutritional exposures of the infant. Interestingly, the microbiota of malnourished children has been shown to mature at a slower rate than that of healthy infants. This has downstream consequences for gut health and the processing of nutrients, potentially worsening the malnourished state of the infant.

To address this, our team and others at Imperial are exploring novel interventions to meet the evolving metabolic demands of the developing infants in these settings, including the needs of their microbial entourage. We hope that by enhancing our understanding of these demands and the resolution at which they are studied, the effectiveness of interventions will be improved to reduce this global burden.

Dr Jonathan Swann (@Jon_Swann) is a Reader in Human Development and Microbiomics at the Division of Systems and Digestive Medicine.