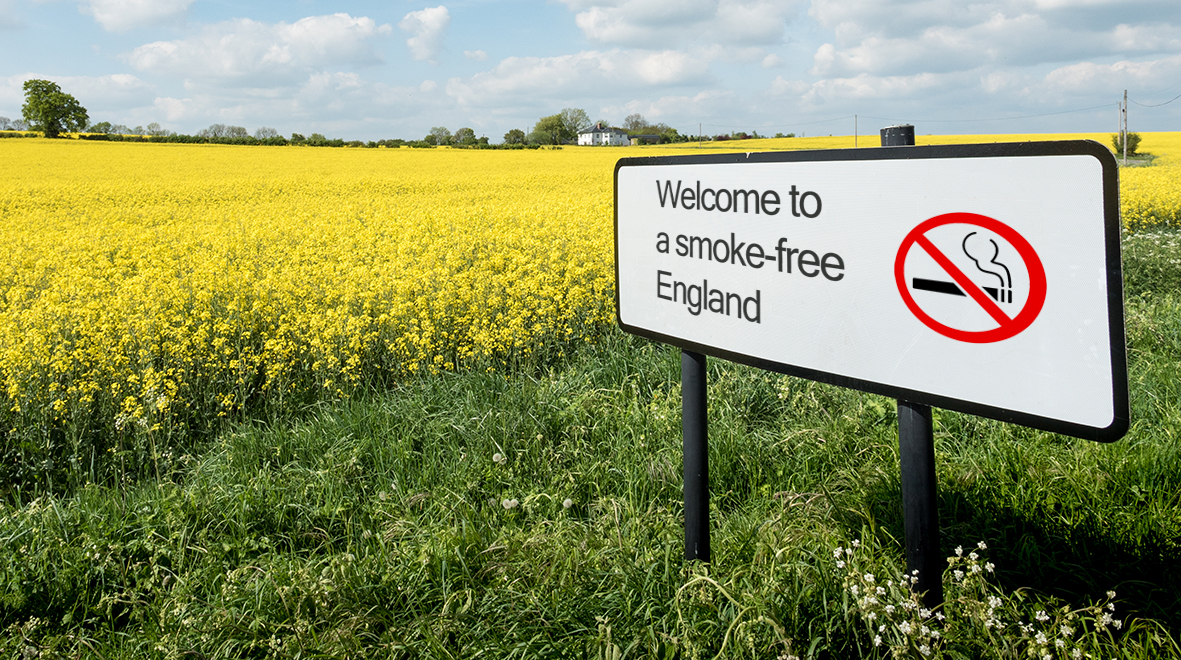 The Government recently announced plans to create a smoke-free society by 2030 – Dr Nick Hopkinson outlines some of the steps towards achieving this ambition.

Tobacco smoking remains a huge public health issue. Although population smoking rates continue to fall – now down to 14.4% of adults – smoking is still responsible for around 100,000 deaths per year in the UK, and for around half the difference in life expectancy between rich and poor. Smoking rates are high in areas of deprivation, in people with mental health problems and among people who identify as LGBT.

The Government’s recent green paper, Advancing our health: prevention in the 2020’s, although in many areas light on detail, funding, delivery and ambition, does set out some important markers on smoking and some potentially interesting developments around funding tobacco control.

Importantly, there is a commitment to have England smoke-free by 2030. This objective, defined as prevalence below 5% across groups in society, will make the single most significant contribution to delivering the Department of Health and Social Care (DHSC) Vision for Prevention goal of five extra healthy years of life, in particular reducing health inequality. The report acknowledges that this will be “extremely challenging” to achieve. New policies, rather than business as usual are required.

The first of these is the proposed introduction of a “polluter pays” levy on tobacco industry profits to contribute to the costs of tobacco control. Despite strong evidence for their effectiveness, including in year cost-saving, services to provide treatment for tobacco addiction have been subject to cuts or decommissioned. An additional funding source, especially if directed via DHSC rather than the treasury could help to reverse this. Restoring properly funded public information campaigns, cut dramatically since 2010, can also make an important contribution.

Another proposal is to examine the possibility of mandating inserts in tobacco products giving advice on how to quit smoking as part of the review of tobacco legislation.

A crackdown on illicit tobacco is promised, though funding for this has been cut substantially since 2010 – there was a 56% reduction in full-time equivalent Trading Standards staff in England between 2009 and 2016, so more details about how this will be delivered are needed.

A particular focus on smoking in relation to mental health and during pregnancy is also welcome.

Time to raise the smoking age?

There are some missed opportunities – in particular, raising the legal age of purchase from 16 to 18 led to a fall in youth smoking. A further increase in the age of purchase to 21 would take legal purchase of cigarettes out of the school age bracket completely.

The current restrictions on retail display have been associated with a fall in the proportion of children who smoke buying cigarettes in shops. However, the difficulty of obtaining cigarettes in shops reported by those who do buy them is no greater than in previous surveys. A retail licensing scheme for tobacco sales would also make enforcement easier.

Aligning tobacco control efforts with increasingly urgent environmental concerns may also be a useful policy lever. Tobacco cultivation and curing places a major burden on some of the world’s poorest countries, wasting a considerable amount of finite resources through land clearance and wood-burning to cure the leaves.

A world without smoking will be a world with less lung and heart disease, less cancer and lower infant mortality.  Without corrective action, smoking is on course to kill a billion people in the 21st Century. There is clear evidence in the UK and around the world that tobacco control measures are effective and that the more that is done the more impact they have. The government has set out where it wants to get to. Now it needs to deliver the legislative tools, system changes and financial support necessary to get there.

Dr Nick Hopkinson (@COPDdoc) is a Reader in Respiratory Medicine at Imperial’s National Heart and Lung Institute, Honorary Consultant Chest Physician at The Royal Brompton Hospital and Chair at Action on Smoking and Health.

One comment for “A smoke-free country: how will we get there?”