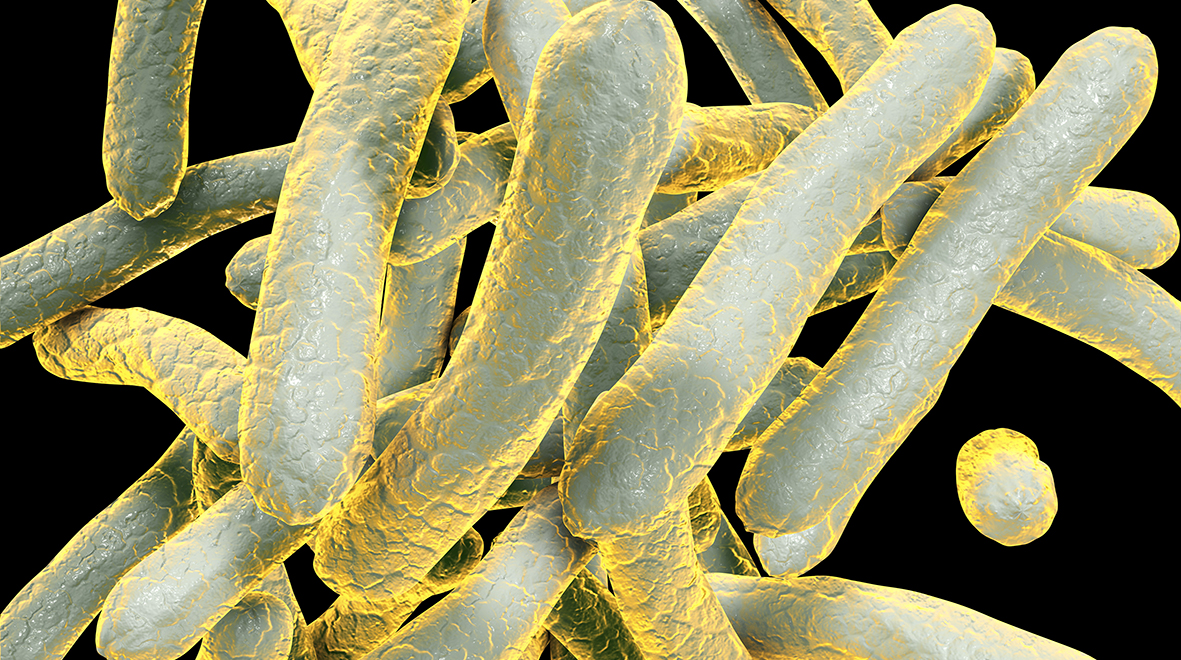 PhD student Dr Ishita Marwah writes about her personal take on tuberculosis – a disease that continues to be a global issue.

I was always a sickly child – when I was eleven years old, doctors injected my forearm with tuberculin in order to check whether my immune system raised a response to the bits and bobs of dead tuberculosis (TB) bacteria in it. If it did, it meant my immune system had already been prodded into battling TB, that is, it had previously encountered or was currently encountering an infection with TB bacteria. The injection site swelled like a furious bee sting, the doctors decided TB was the root cause of all my troubles, and I was intensely medicated for the next six months. My symptoms improved, and I have since evolved (visibly even!) towards the hale and hearty end of the healthiness spectrum.

In retrospect, now that I am medically trained and pursuing a PhD in TB immunology, I can appreciate all that my care team must have had to consider before starting an eleven-year-old child on a rigorous anti-TB treatment based on an educated guess. My symptoms were not typical of classical lung TB, the most common and infectious form of TB, they were mostly gastrointestinal, but then TB has also been known to stitch the gut into uncomfortable knots. My mother had recently been diagnosed with a cold abscess, due to TB of the bone, and though this could not possibly be infectious (based on centuries of observation) it still raised flags as it meant I had a history of contact with a TB patient. I showed an immune response to the tuberculin skin test (TST), but then I had received the BCG vaccine, which is a close relative of TB bacteria. This meant I could elicit a cross-reactive immune response and result in a positive TST even in the absence of TB infection due to the similarity of the two bacteria.

Finally, my tummy problems could have been caused by something else altogether. Was I simply incidentally presenting with a case of latent TB? This is a state of immune control with no symptoms, in which TB bacteria are browbeaten into dormancy, but which is capable of progression to TB disease in 5-15% cases, if the immune system loses control. We currently do not have a comprehensive understanding of how the immune system deals with the TB bacteria, nor how it escalates from its latent form to the full blown disease.

As I was in India, the country with the highest TB burden in the world, my doctors decided to override the ‘what ifs’ and treat me for abdominal TB, and luckily, I responded to the treatment.

In 2015, over 10 million people worldwide developed TB disease, and 1.8 million people died of it, a larger annual death toll than that claimed by HIV. One person dies of TB every 25 seconds, and these statistics are especially shocking in the context of a disease which is preventable and curable, even though the treatment is long and difficult, and requires commitment on part of the patient and their clinical carers.

Even as new drugs have been recently introduced to counter resistant forms of TB our toolkit for preventing and diagnosing TB remains woefully inadequate and ancient. These innovative drugs come after a half-century since the last anti-TB drug, Rifampicin, was discovered in the 1960s, so advances have been sparse. The only licensed TB vaccine, BCG (Bacillus Calmette Guerin), has an efficacy that ranges erratically between 0-80%, and was developed by Messieurs Calmette and Guerin more than a century ago.

Diagnosing TB remains another challenge. The current ‘gold-standard’ is to demonstrate the presence of bacteria in patients’ coughed-up sputum samples in the case of lung TB. Here bacterial presence is demonstrated by microscopy, and ideally by growing bacteria from patient samples in the laboratory. This is difficult in many cases, especially in children who cannot produce much sputum, or for people who have a form of disease with fewer bacteria to begin with. Additionally, it takes months for the bacteria to grow in the laboratory, and waiting for the results before starting treatment means leaving the patient untreated and infectious to everyone they come in contact with in the meantime. X-rays and scans can be supportive of other diagnostic methods but cannot irrefutably diagnose TB independently. Developed in 1907, the TST that was performed on me, and the upgraded version of it, the Interferon-gamma release assays (IGRAs), developed in the early 2000s by my PhD supervisor Professor Ajit Lalvani, both detect an immune response to the TB bacteria instead of directly detecting the bacteria themselves. But while they can inform us of TB infection, they can’t differentiate between latent infection and TB disease.

These techniques can therefore only support TB disease diagnosis and not help draw one conclusively, and are made even harder to interpret by the fact that one-third of the world’s population is latently infected with TB. The IGRAs further introduce a therapeutic and ethical conundrum as they identify people with latent infection without providing any information on the risk of progression to TB disease. Though latent infection can be treated to eliminate the hiding bacteria and subsequent progression to disease, for obvious reasons, logistical and monetary, blanket latent TB treatment cannot be offered to 2.5 billion people. It is therefore important to develop ways to identify the small proportion of people with latent TB infection who are at risk of progression to disease, and offer latent TB treatment to them only, in order to tackle this potential reservoir of disease.

The five thousand lives lost to TB every day, despite the valiant efforts of healthcare workers worldwide, are due to missed diagnoses and misdiagnoses, and because of gaps in TB prevention and treatment options. The lack of newer and effective TB control tools boils down to our incomplete understanding of how the immune system deals with the TB bacteria. Deciphering the immune mechanisms underpinning the acquisition of TB infection, maintenance of latent TB infection, and progression to active TB disease will help identify potential targets for improved vaccines, diagnostic tests, and drugs. However, only 0.7 billion USD are currently invested in TB research and development, with an estimated funding gap of 1.1 billion USD (WHO Global TB report 2016).

If we refuse to address this as we have in the past, leaving the area chronically underfunded, TB will continue to thrive within us, and continue to kill, as it has since our first ancestors walked out of Africa 70,000 years ago.

One comment for “TB or not TB? Why tuberculosis remains one of the top 10 causes of death today”