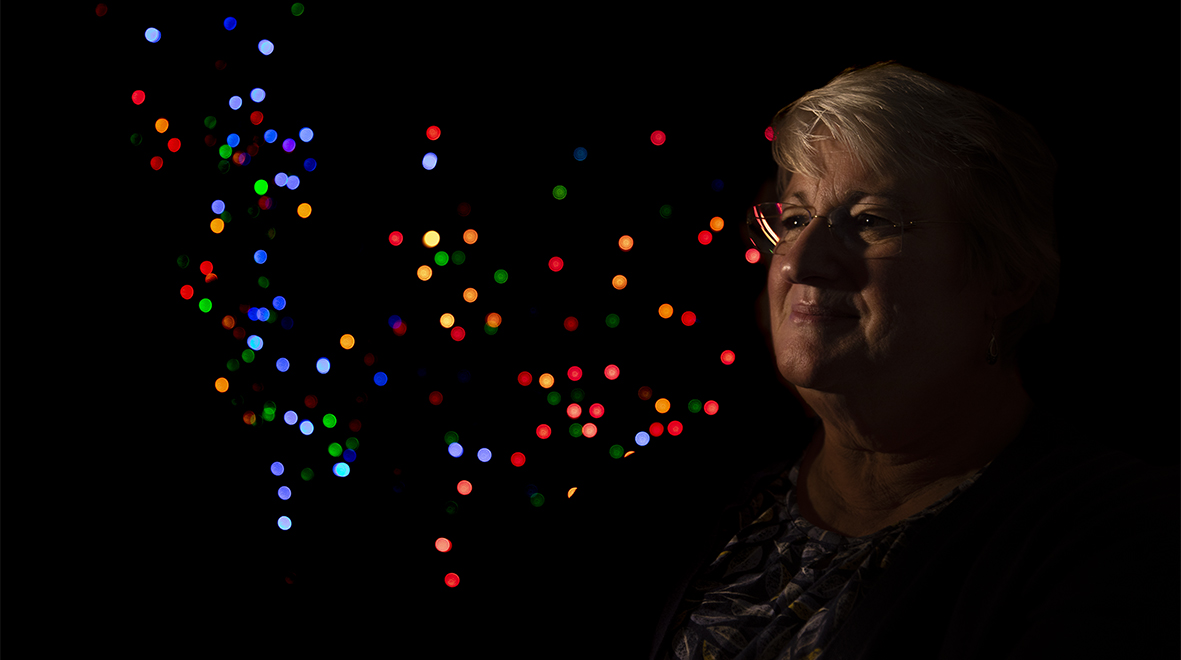 Our first is Professor Gerry Thomas, a leading authority on the health impacts of radiation, who tells us why we should focus on the facts.

I was born in the 1960s and grew up believing that the word ‘radiation’ meant something that was infinitely dangerous. Back then, we were led to believe that nuclear weapons would lead to the extinction of our species, and that to be bitten by a radioactive spider would confer supernatural powers! I was therefore sceptical about the use of nuclear power. It wasn’t until 1992, when I started to study the health effects of the accident at the Chernobyl nuclear power station in 1986, that I began to question whether my understanding of the health effects of radiation came more from science fiction than scientific fact.

I have spent 21 years running the Chernobyl Tissue Bank in order that my research group, based at Imperial for the last 12 years, and others around the world, could have access to ethically sourced, high quality human samples to understand the mechanisms that underpin the development of thyroid cancer in children and adolescents.

Let’s start with some facts

We are a successful species inhabiting a naturally radioactive world and must have evolved protective mechanisms to deal with the effects of natural radiation – or we wouldn’t be here. All of us will be exposed to between 2 – 3mSv – millisievert is the unit for whole-body radiation dose – for each year of our life from our natural environment.

Individuals seem to accept the use of higher levels of radiation when they can associate it with a direct beneficial effect – such as the use of radiation in medical diagnostics and therapies, particularly cancer treatment. However, there appears to be less acceptance of the risk associated with any radiation level when the possibility of exposure to often much lower doses results from emissions from the nuclear industry.

So, where does our evidence come from?

Most of our understanding of the effect of radiation on health stems from epidemiological studies of history’s worst radiation incidents. This includes studies of the survivors of the atomic bombs that landed on Hiroshima and Nagasaki in the 1940s, to cohorts of workers who were exposed to radiation in the workplace, such as the radium dial painters in the early years of the 20th century – also known as the “Radium Girls”, and, more recently, the nuclear power plant accidents at Chernobyl and Fukushima. Each of these is a slightly different scenario, involving different types of radiation and different routes of exposure – factors which we now know influence health effects.

Many things can affect our health; many agents in our environment can lead to the development of cancer. Compared with many other things, radiation is a pretty weak carcinogen, particularly at low doses.  To put this into some context, there have been 17,803 cancers in the Japanese survivors of the 1945 atomic bombing, of which only 941 are attributable to radiation exposure.

The Chernobyl accident may well eventually result in a total of 16,000 excess thyroid cancer cases, of which only 1% would be predicted to be fatal.  Although initial estimates predicted 4,000 excess cancer cases (other than thyroid cancer) in the cohorts that were involved in cleaning up the accident at Chernobyl, the data so far suggests that there have not been any that are attributable to the radiation.

Professor Gerry Thomas featured on an Australian documentary on Fukushima.

Our epidemiological evidence shows that the effect of radiation exposure on public health is dwarfed by the effects of everything else that affects our health. It is rather like looking for the needle in a haystack. Even in the largest studies, it has been difficult to produce good data to categorically show the health effects of radiation at individual doses below 100 mSv.

All toxins, including radiation, show a relationship between the dose to which we are exposed and the magnitude of their effect on health. Working out the dose delivered to a particular tissue in someone exposed to radiation is complicated and requires an understanding of physics, chemistry and biology. The physical half-life of a radioactive isotope determines how much radioactivity will be released over a period of time.

Our bodies exist in equilibrium with our environment; we are constantly taking in and releasing chemicals. The amount of time an individual chemical substance, such as a radioactive isotope, stays within our bodies is termed the biological half-life. This is governed by the chemistry of our bodily tissues – some of our tissues have developed biological pumps to concentrate particular chemical entities within a tissue and mechanisms to store complexes of these chemicals.

In general, where biological half-life is greater than physical half-life, the dose of radiation to a given tissue will be higher, and therefore the health effects are likely to be greater. The doses from the isotopes with longer physical half-lives are much lower than our unconscious biases would lead us to think. The dose from Caesium-137 isotope to 6 million residents living in the vicinity of the Chernobyl nuclear power plant was 10mSv over about 20 years – the same as a whole-body CT scan.

Radiation fears may be exaggerated

The health effects of low-dose radiation exposure have been exaggerated by some, and the resulting fear of radiation may be leading us to decide energy policy based on urban myths rather than scientific facts. There is evidence from Germany that ditching nuclear and increasing renewables results in an increase, not a decrease, in carbon emissions.

I think that propagation of opinion and belief rather than evidence-based science is becoming a serious issue for society – you only have to look at the effects of social media and pseudoscience on the uptake of the measles vaccine to see the potential societal effects.  Misinterpretation of health risks related to radiation has potential planetary consequences. By rejecting nuclear power as a source of low-carbon energy, because of our lack of perspective on its real risk, we expose ourselves to the much greater health risks posed by climate change which threatens all life on this planet, not just our own species.

Professor Gerry Thomas is a Chair in Molecular Pathology at Imperial’s Department of Surgery and Cancer and Director of the Chernobyl Tissue Bank. She was awarded an OBE in 2019 for services to Science and Public Health.

Professor Gerry Thomas will be speaking at the next AHSC seminar on Wednesday 22 January 2020 at St Mary’s Hospital, titled:  Challenging the myths and misconceptions of radiation