Clickbait! The truth is, it is not easy. The ethanol industry and several academics have created a storyline for Brazilian ethanol: it combats climate change by producing renewable energy, promotes rural development creating jobs and represents one of the biggest prides for the country when it comes to national industry. Are they right? Well, in parts. Their focus on the positive side of ethanol production is purposeful, naturally. Still, many aspects of the industry need improvements ASAP. Here, I discuss 7 points that would help ethanol become MORE sustainable. It is essential to highlight the word MORE, simply because sustainability is not a point of arrival, but the road itself. Nothing is sustainable, only on the road to becoming more sustainable, but this is subject for another post. 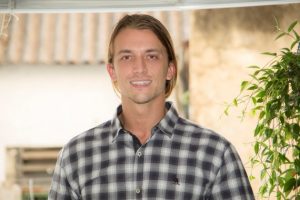 The potential for biogas production in Brazil is well known due to the country’s economy based on agriculture. What is not so well known is that considering municipal solid waste, agriculture and ethanol industry, biogas could substitute all of the natural gas consumed in the country in one year, plus another 25% to spare (considering 90% methane). Today, Brazil only produces 1.5% of its potential. Still, the increase in biogas volume in the last couple of years has reached 36% p.a., showing that it is getting momentum within the energy and electricity sectors in the country. The most significant potential for biogas production is in ethanol mills, using vinasse as feedstock, a residue from ethanol distillation. Not only the potential is enormous, but the costs of biogas production can reach levels cheaper than imported LNG, diesel, and even Brazilian natural gas1.

Biogas production increases the share of renewable energy in the country’s electricity matrix. It could also free-up the lignocellulosic residues (today mostly sugarcane bagasse used for electricity generation) for other more advanced products, which brings us to our next 2 points.

Biobased chemicals are often praised for reducing greenhouse gases (GHG) emissions and increasing the added value of biomass. In reality, producing chemicals to reduce GHG emissions in Brazil is like having cancer and an ingrown toenail and visit the doctor for the toenail. However, hundreds of technologies and products derived from biomass, residues or not, in the last two decades have proven to be not only technically feasible but also economically attractive, which should be seen by mill owners and investors as an opportunity. Many times, authors (including myself) compare second-generation and biobased chemicals with electricity as if it was one or the other. But when you look at the national chemical market, the volume would mean very few average-sized mills, and it would not pose threats to second-generation ethanol. For example, approximately 30 sugarcane mills of 2 million tonnes of sugarcane annually could supply all propylene consumed in the country in a year3.

With average and large-sized mills producing second-generation and biochemicals, small-scale plants should gain space in fermentation mills. Either for self-consumption or the ethanol market, ethanol could represent a new source of income for farmers and cooperatives, increasing the social pros of ethanol. The implementation of small-scale mills will not be possible only based on the market, due to lower economic viability of small-scale mills and specific policies would need to be created to reduce ethanol production concentration in the hands of few investors4.

The ethanol industry in Brazil has used corporate social responsibility communication as a way to highlight efforts to portray itself as a clean source of energy. Analysing past communications, one will find the preference to discuss agro-environmental themes. When it comes to social themes, the interest is timider. Significant education and labour conditions programs have been dropped by the ethanol industry, leaving a gap in social change. The National Commitment for the Improvement of Labour Conditions in Sugarcane Production, launched in 2009 and abandoned in 2013 due to severe violations of labour practices in companies that had gained their social seal of conformity, was a trilateral agreement between the government, private sector, and labour unions to promote the adoption of better labour practices in the sugar and ethanol industries. The retraining program “Renovação” by UNICA (Sugarcane Industry Union), which aimed at retraining laid-off sugarcane cutters following harvest mechanisation, ran from 2010 until 20135. It retrained a disappointing 5 thousand people (of course the program was praised as a success), compared to the 128 thousand jobs lost in sugarcane cultivation in the last ten years. UNICA also stopped publishing its sustainability report in 2010, which does not help with transparency when it comes to the social issues that surround the sugarcane industry6.

For the ethanol industry to become more sustainable, the lives of the people directly and indirectly affected by sugarcane production need to be improved, and the industry has an essential role in this development. Education, the health of local communities, labour conditions and decent income have to be prioritised in long-term programs and planning by the industry.

It is time to start rethinking agriculture based on monoculture and harmonising forestry and agriculture practices is fundamental to improve wildlife protection and increase contributions to climate mitigation. It can be accomplished in many ways, either with spatial approaches or temporal approaches, like crop rotation. The problem is that the productivity of integrated systems is still contested compared to monocultures. This requires research assessments across multiple systems, and policies to incentivise landowners and farmers to engage in diverse land use management systems7.

Since 2008 when Searchinger most famously brought to light the problem of indirect land-use change (ILUC) caused by biofuels8, Brazil has spent millions of dollars in research to refute the idea. The truth is it makes sense, regardless of the actual level of deforestation indirectly caused by biofuels. In the last ten years, Brazil lost 12 million hectares of natural forests to pastures and pastures lost 1.1 million hectares for sugarcane9. You need incredibly complex models to determine the exact piece of land that ultimately ended-up with sugarcane. Still, for every 100 hectares of natural forests lost for pastures, nine were converted to sugarcane. To cut ILUC problem at its root (again, pun intended) Brazil should seize deforestation. On top of that, the country gains a more sustainable agriculture as a whole, and, of course, maintain the utterly important ecosystem services provided by our natural forests.

There you go, my seven ways to make Brazilian ethanol more sustainable. All of these require research, investments, policies, regulation and law enforcement and, on top of that economic attractiveness. I didn’t say it was easy, did I? 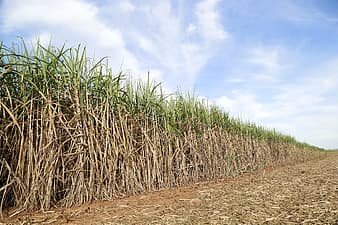